Welcome to March! February ended up wet, with 4.58″ of melted precipitation in Indy. That’s two inches above average. There was 8.3 inches of snow, almost entirely from the ice and snow storm that moved through Indiana from February 2-4. The lowest temperature was 2 on February 5. (We made it to 0 in January.) The warmest was 63, on February 21. We will surpass that by this weekend. Today’s highs will be about 15 degrees above average. 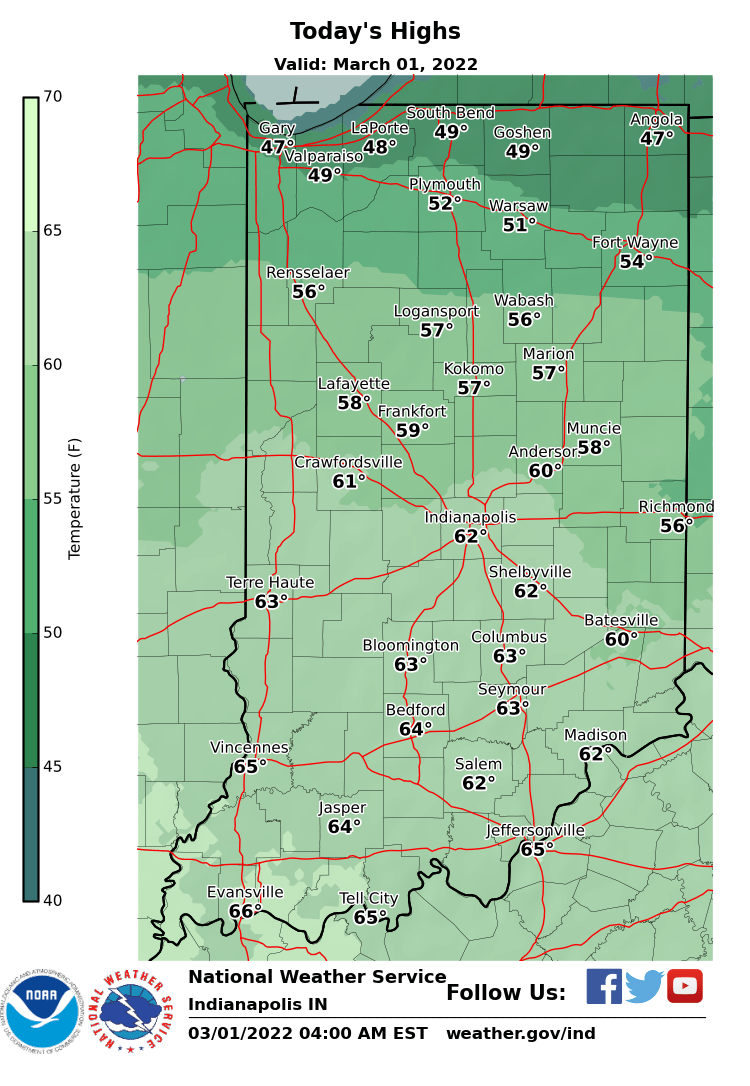 This welcome dry stretch will end with weekend showers (and maybe some thunder). Another – more substantial round of rain is likely Monday and Tuesday. Totals over the next week could exceed an inch, especially south of Indy. 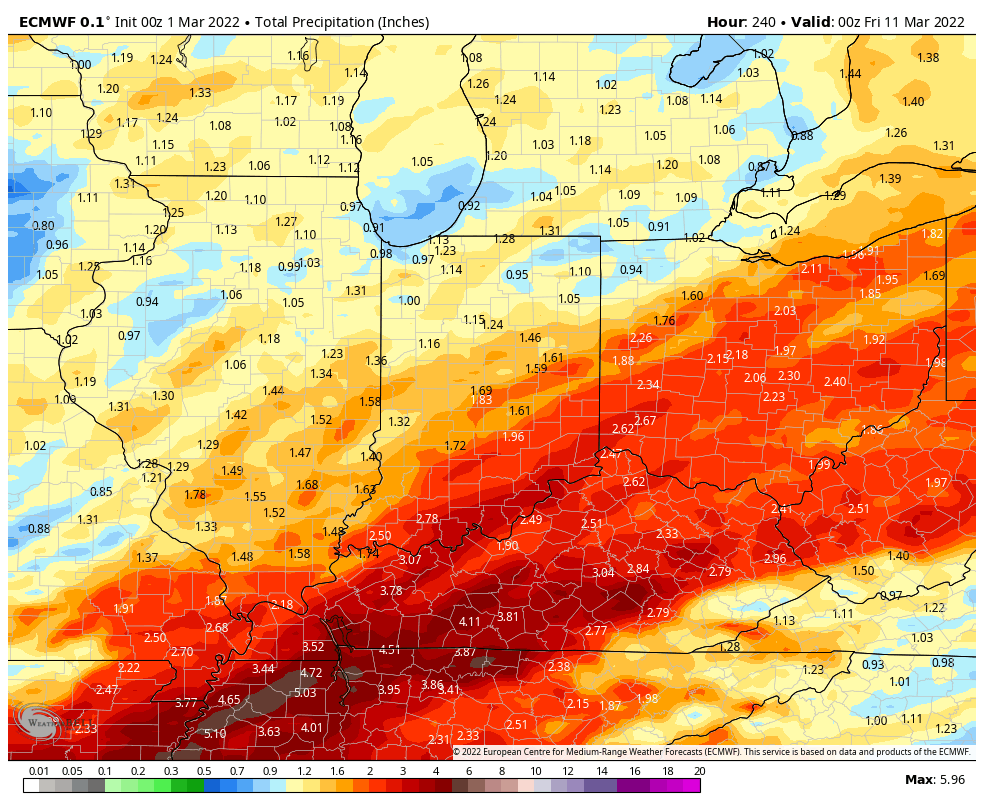 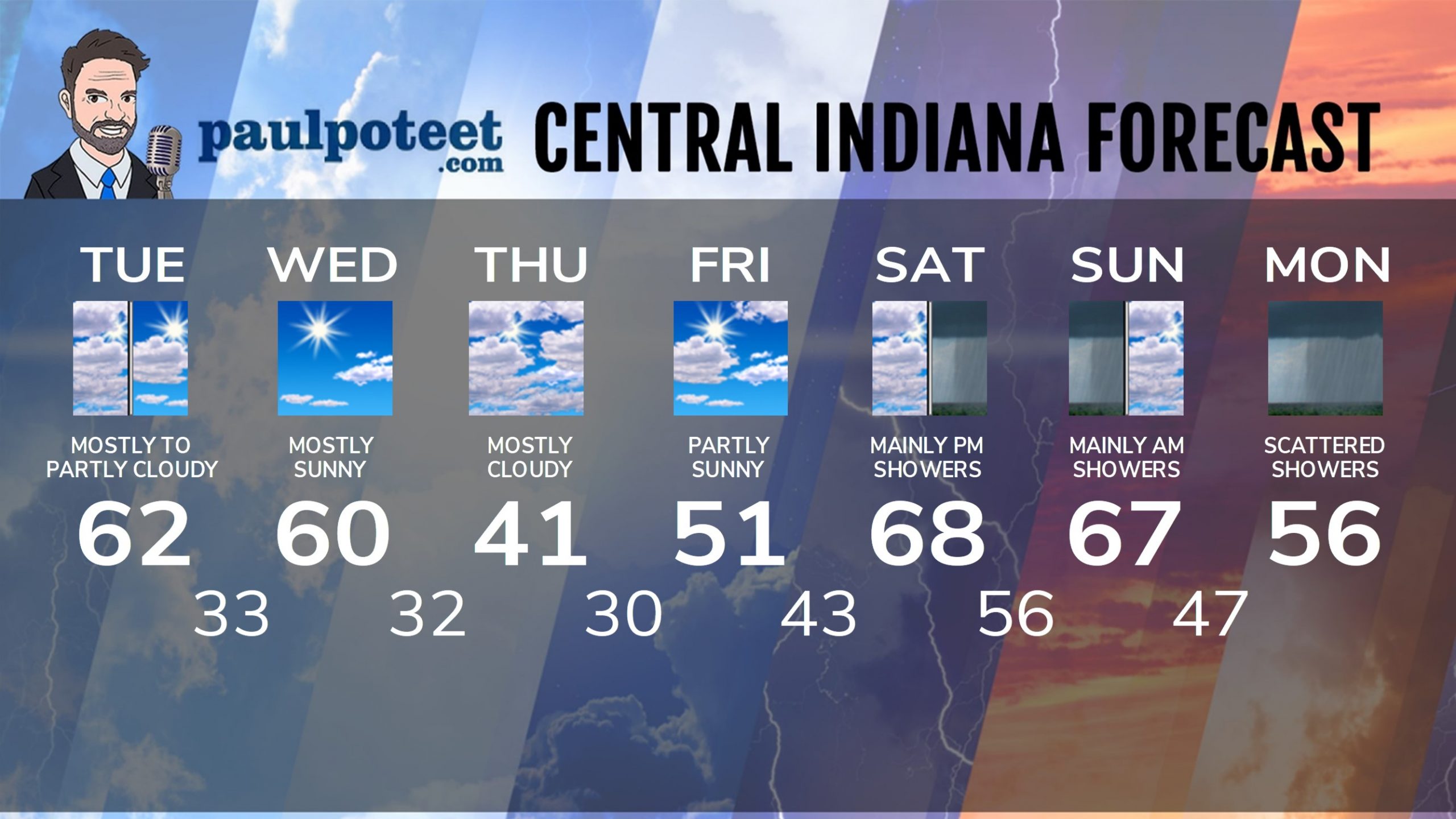