Lots of questions the last few days about the last freeze on average. This chart shows the last average 32 degree day. Generally, from Indy southward that date is April 11-20, and for the northern half of the state the date is between April 21-30. 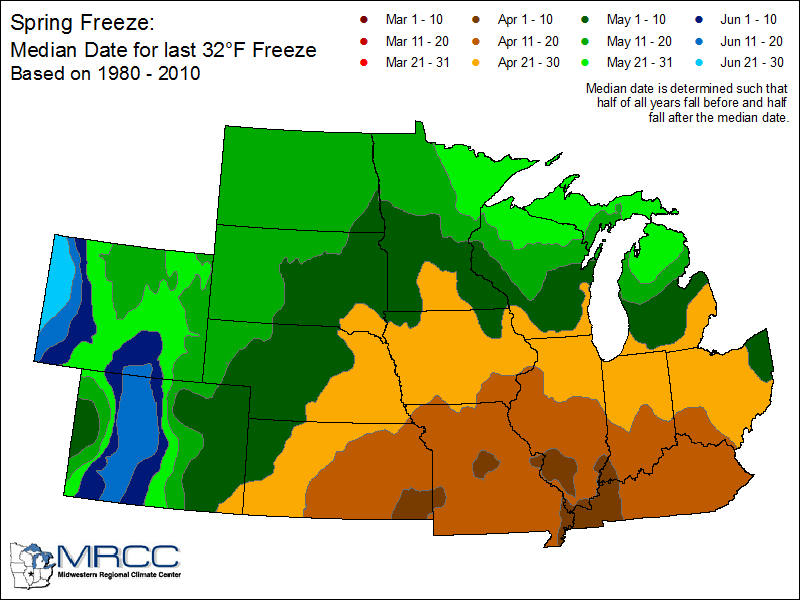 All of central Indiana has already passed the average date for a “hard freeze” of 28 degrees or colder. That’s between April 1-10. 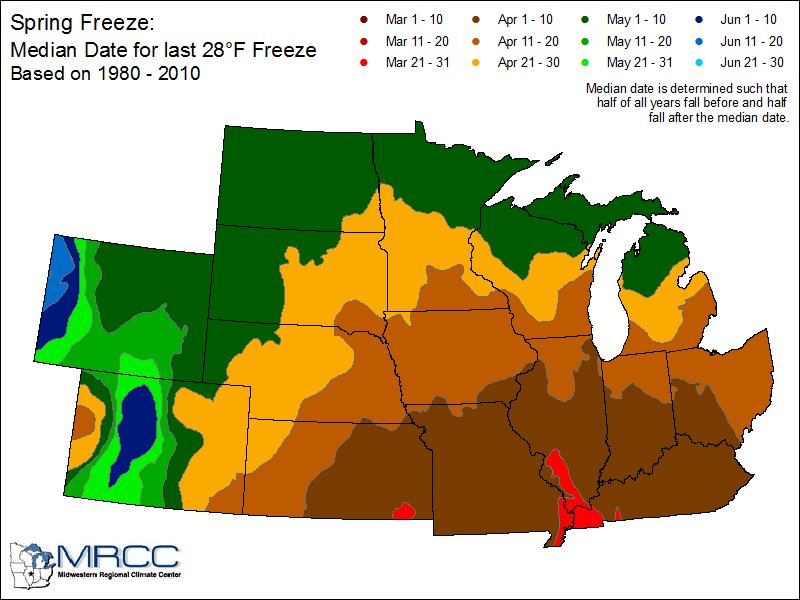 That being said…might want to protect those plants at least one more time tonight!

Wednesday Night: Clouding up, with shower chances after midnight. Low 51. 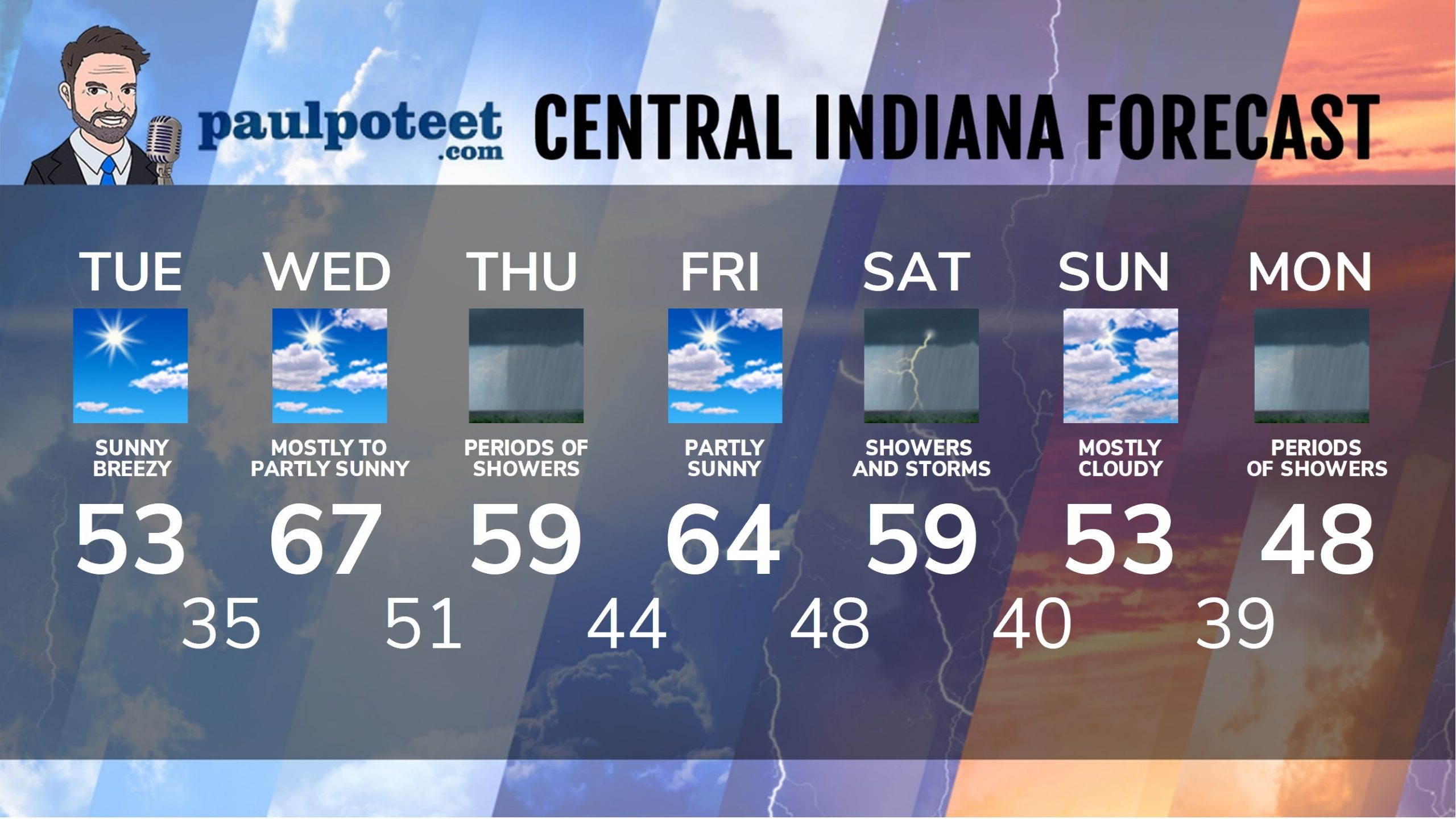