Look at this map of expected precipitation through Saturday morning. Little or no rain/snow is expected in central Indiana.

The average high this time of year is 36, so we will be near normal most of the work week. We are way below the average on snow. There’s only been one-third of an inch this month at the Indy Airport. At the same time, total precipitation is more than twice the normal number, thanks to all that rain. 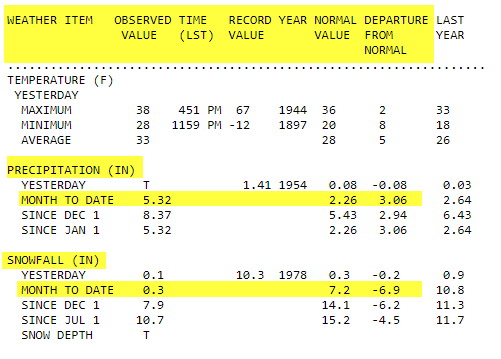 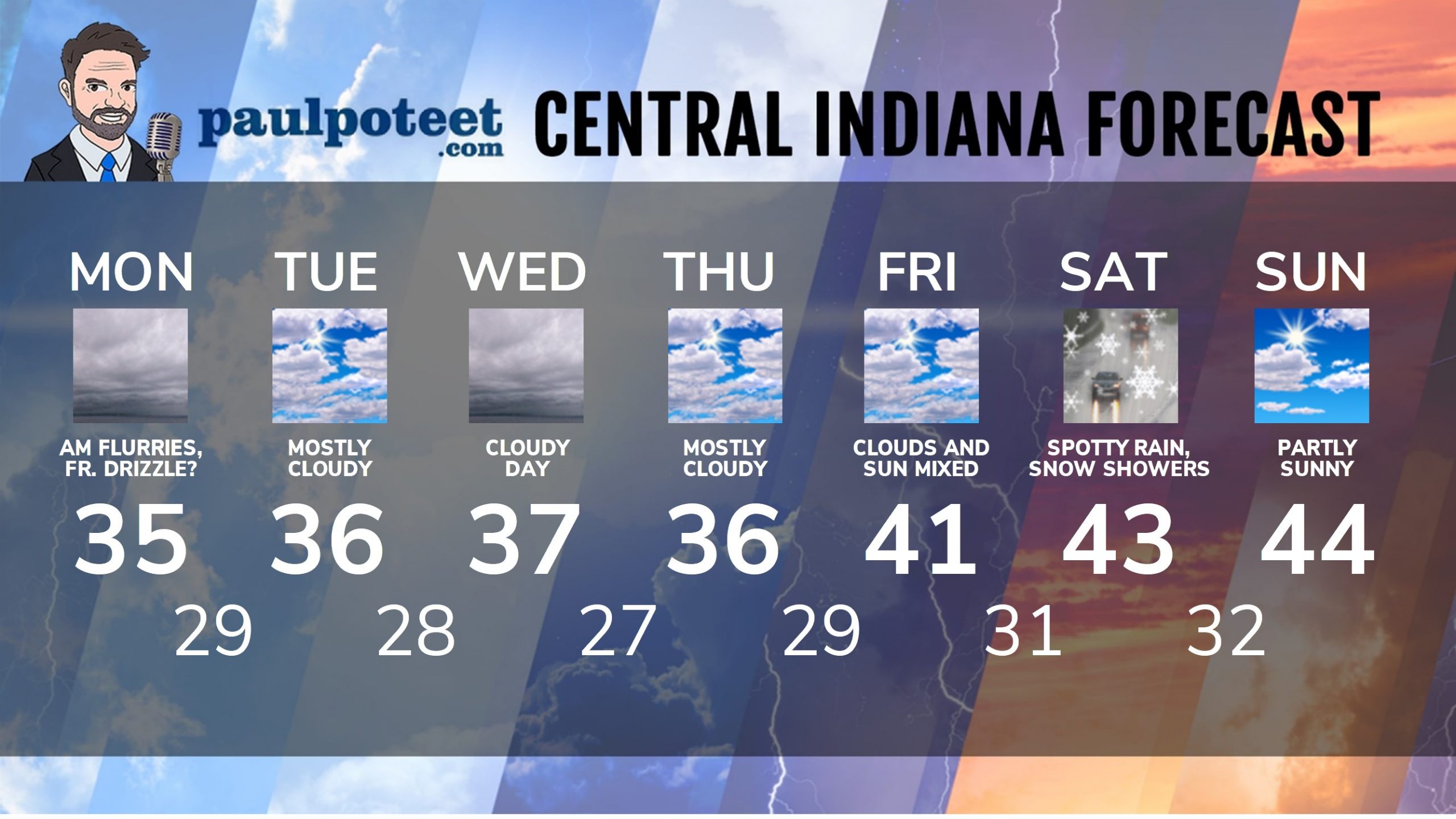