The rain tomorrow won’t be anything like what we had last weekend…just a tenth of an inch or less. The storm arriving this weekend is a bigger deal. Over an inch of un-needed precipitation. Some of that may fall as snow Friday evening before temperatures rise after midnight Saturday morning. Mostly rain Saturday, but a little mo’ snow is possible as the system exits Saturday night. 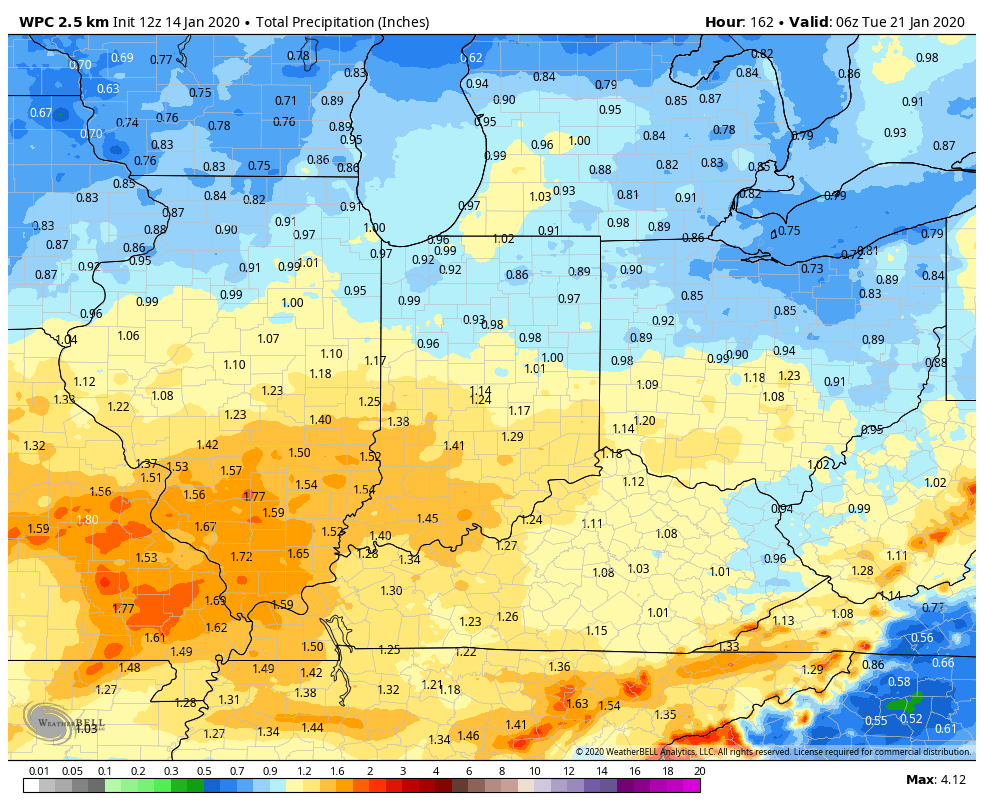 Here’s a fun fact: the last below-average day in Indy was December 19. That’s finally about to change.

Wednesday: Clouding up. Scattered showers, mainly in the afternoon. High 54.

Friday: Cloudy, with rain and/or snow in the afternoon. High 38. 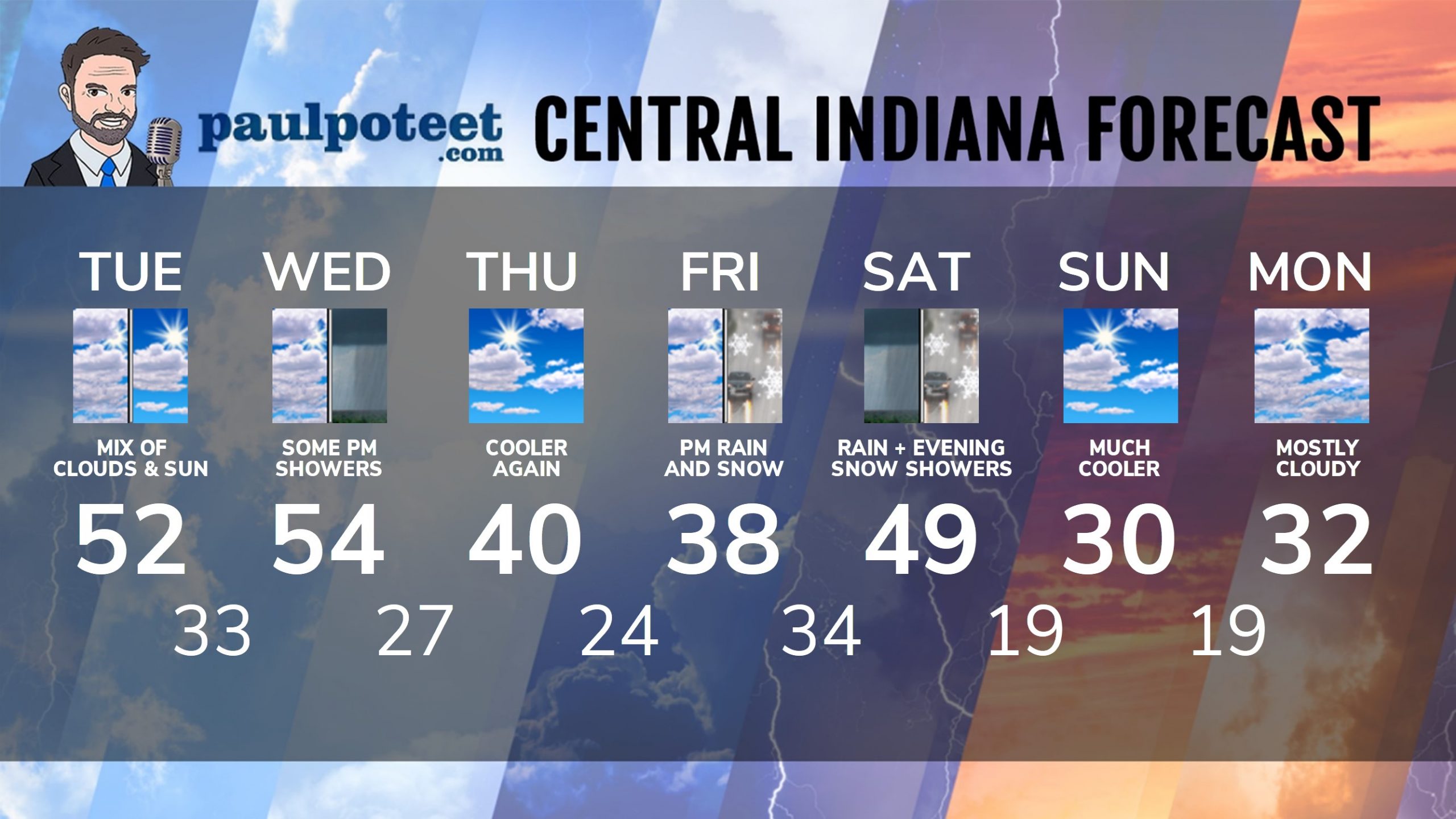