Look at these lows! All stacked up on the map from the East Coast back to the northern Plains.

As of Friday midday rainfall totals from central Indiana generally run from about a tenth of an inch to about a half-inch. The best chances for additional showers is south and southeast of Indy. Another round of scattered showers will develop this evening. Precipitation will be lighter tomorrow, and will be mixed with snow. No significant accumulation is expected. (Chart via WeatherBELL.) 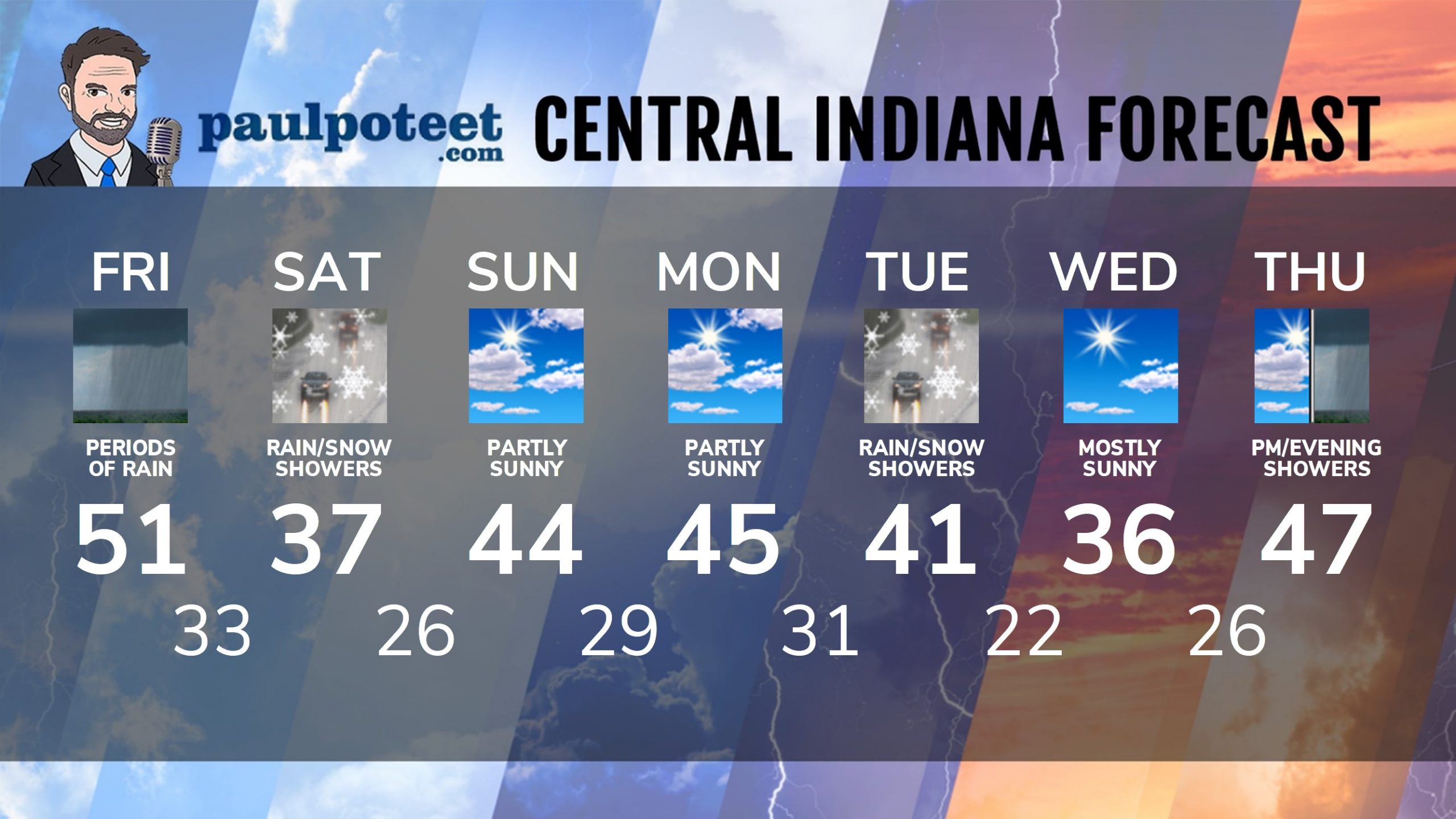