Two weeks ’til Turkey! The forecast over the next week continues cool, although not as cold as earlier this week. Don’t expect anything hot leading up to Turkey Day, other than Tom himself. The 8-14 Day Outlook indicates near or below average temperatures across Indiana. 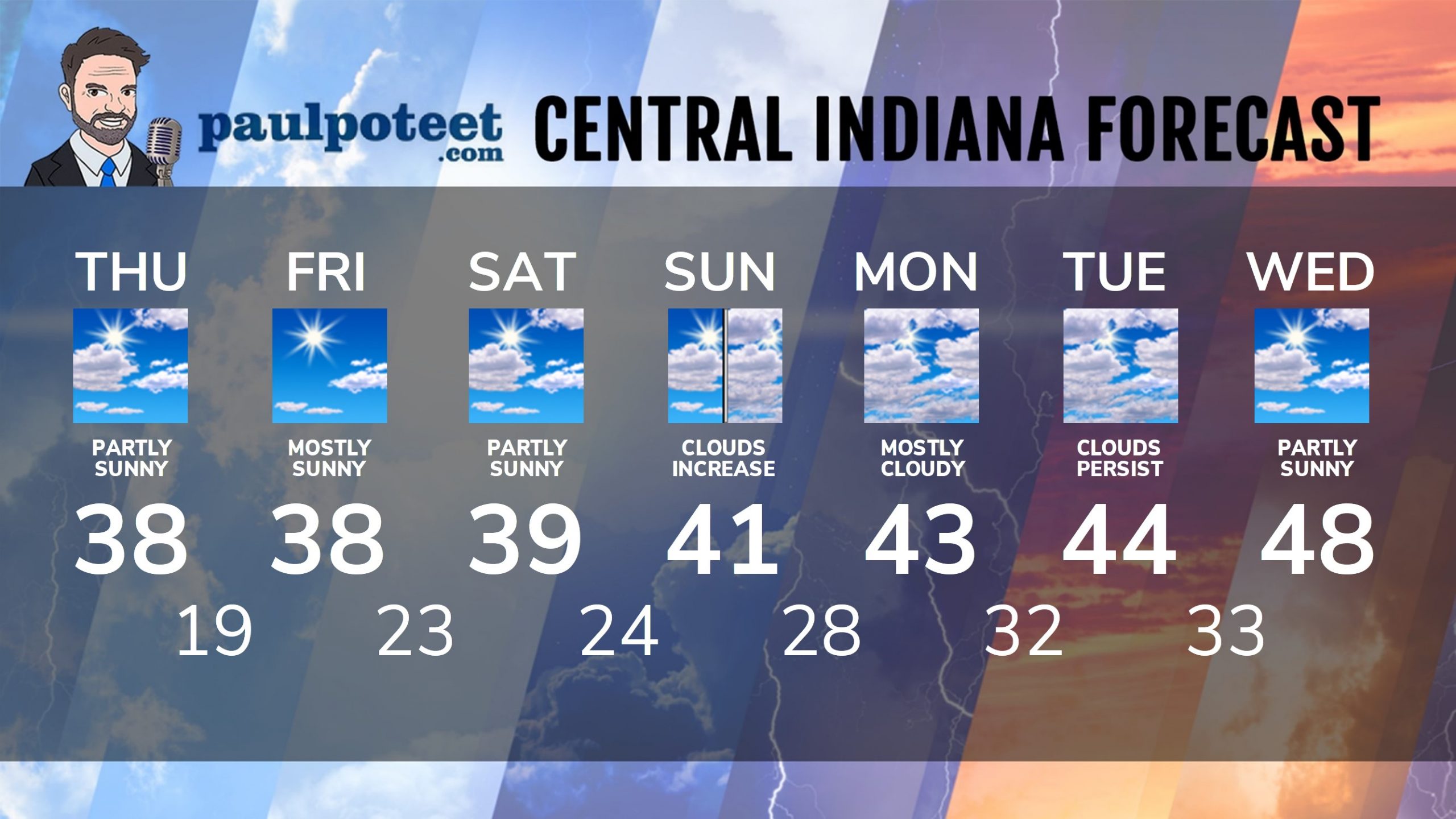