Friday starts with the lowest temps of Fall so far, and wind chills in the teens.

Terrible teens! Look at the significant shrinkage on https://t.co/jIbOYm3KfU. pic.twitter.com/AJEVMYEu5W

It’s the first of two shots of cold air over the next few days. The next one arrives later Monday.

Drought conditions have faded with the recent rains. This is the latest weekly Drought Monitor map, and it doesn’t even include the Wednesday wet stuff. 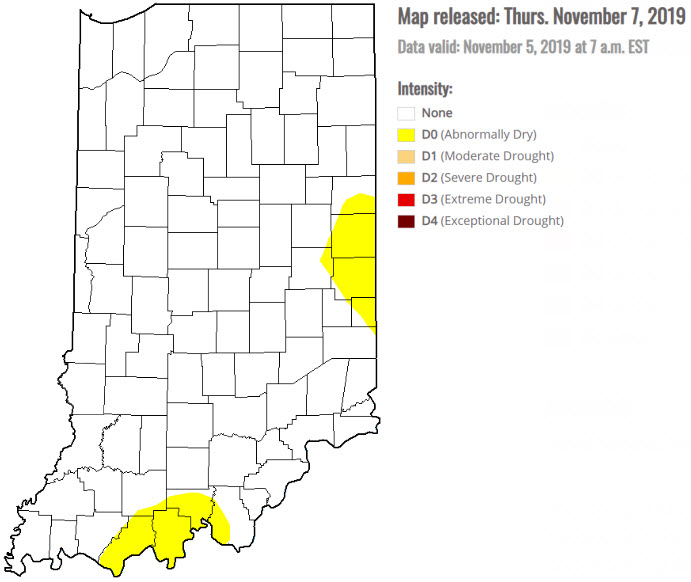 Veterans Day: Rain and snow showers. Could see an inch of accumulation. High 37. 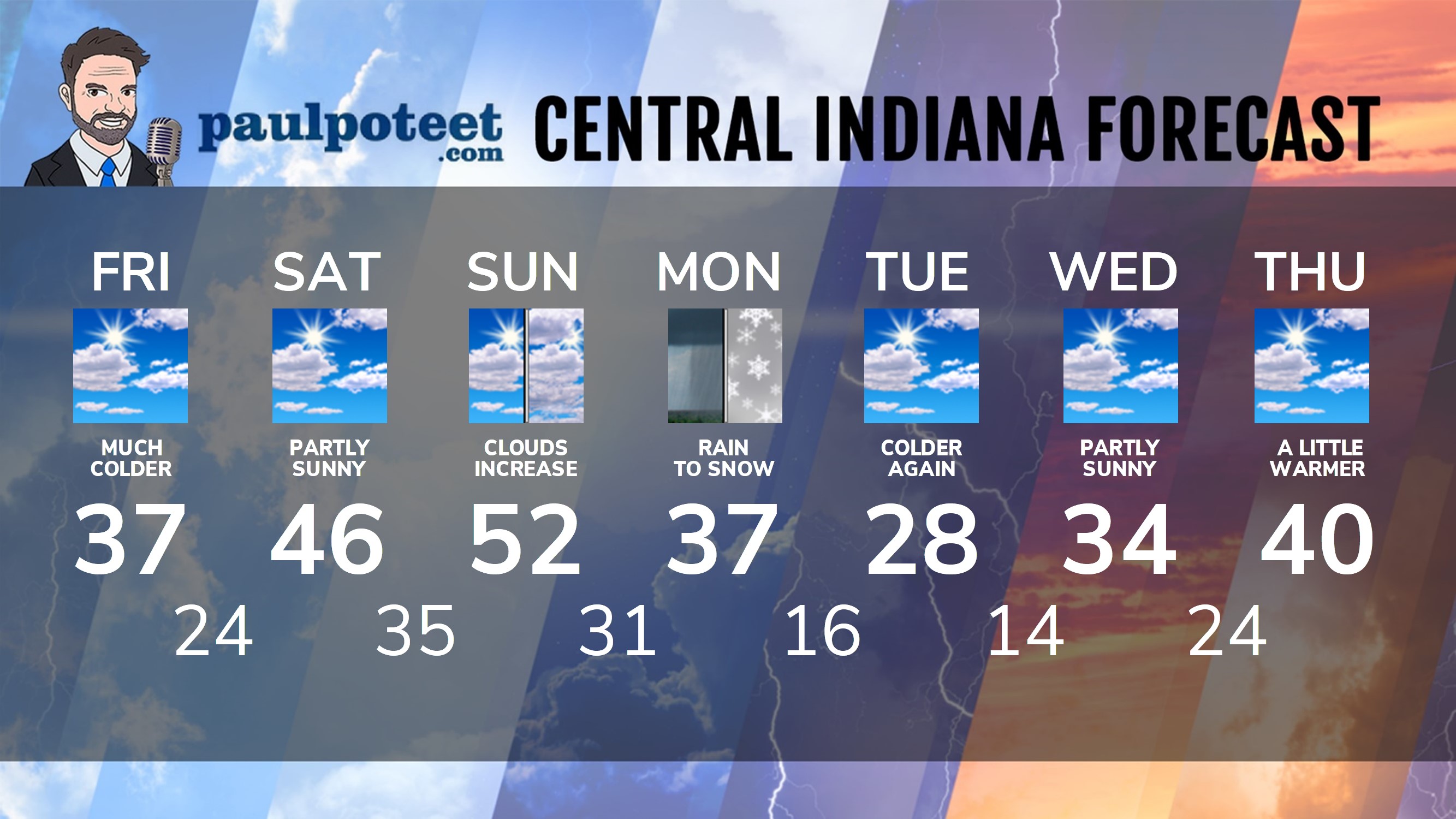