An inch or two of rainfall is likely Saturday. The rain may ease up Saturday evening, and should end very early Sunday morning. 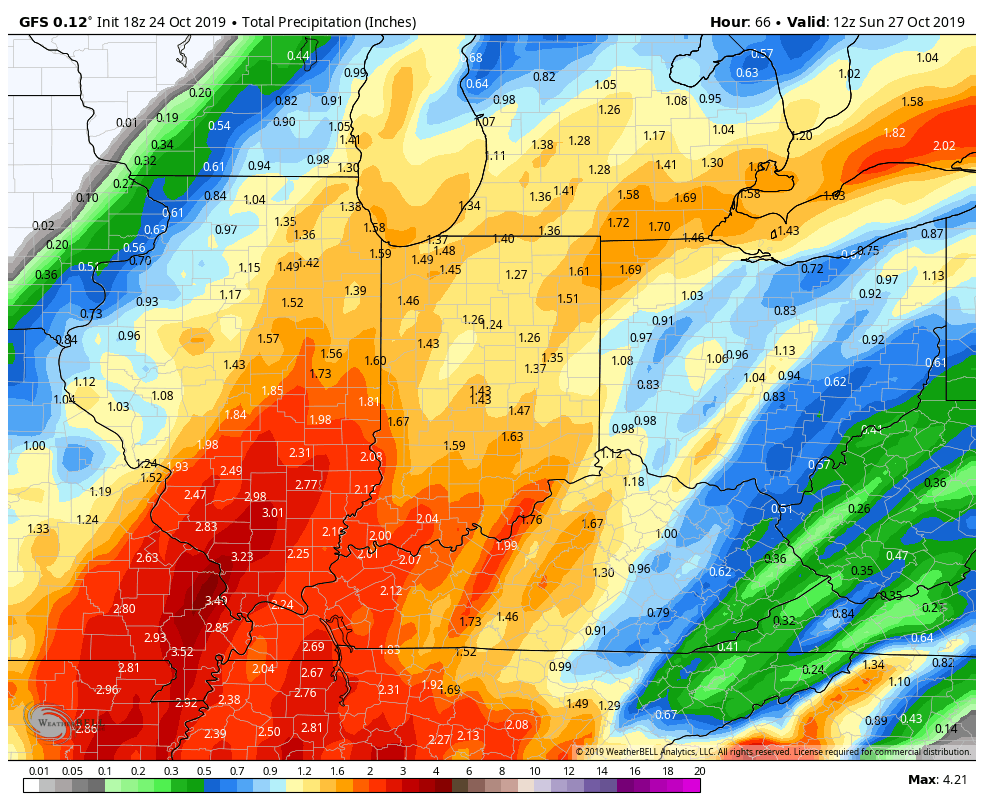 The rain is being driven by a large low moving northeastward through the weekend. (Precipitation chart courtesy WeatherBELL.)

The next big event will be the arrival of cold air from a strong cold front by Halloween. The timing of the front is still in doubt. If current trends hold your kids will be trick-or-treating while winds whip the feels-like temperatures down to the 40s and 30s. And there could be rain and snow showers! 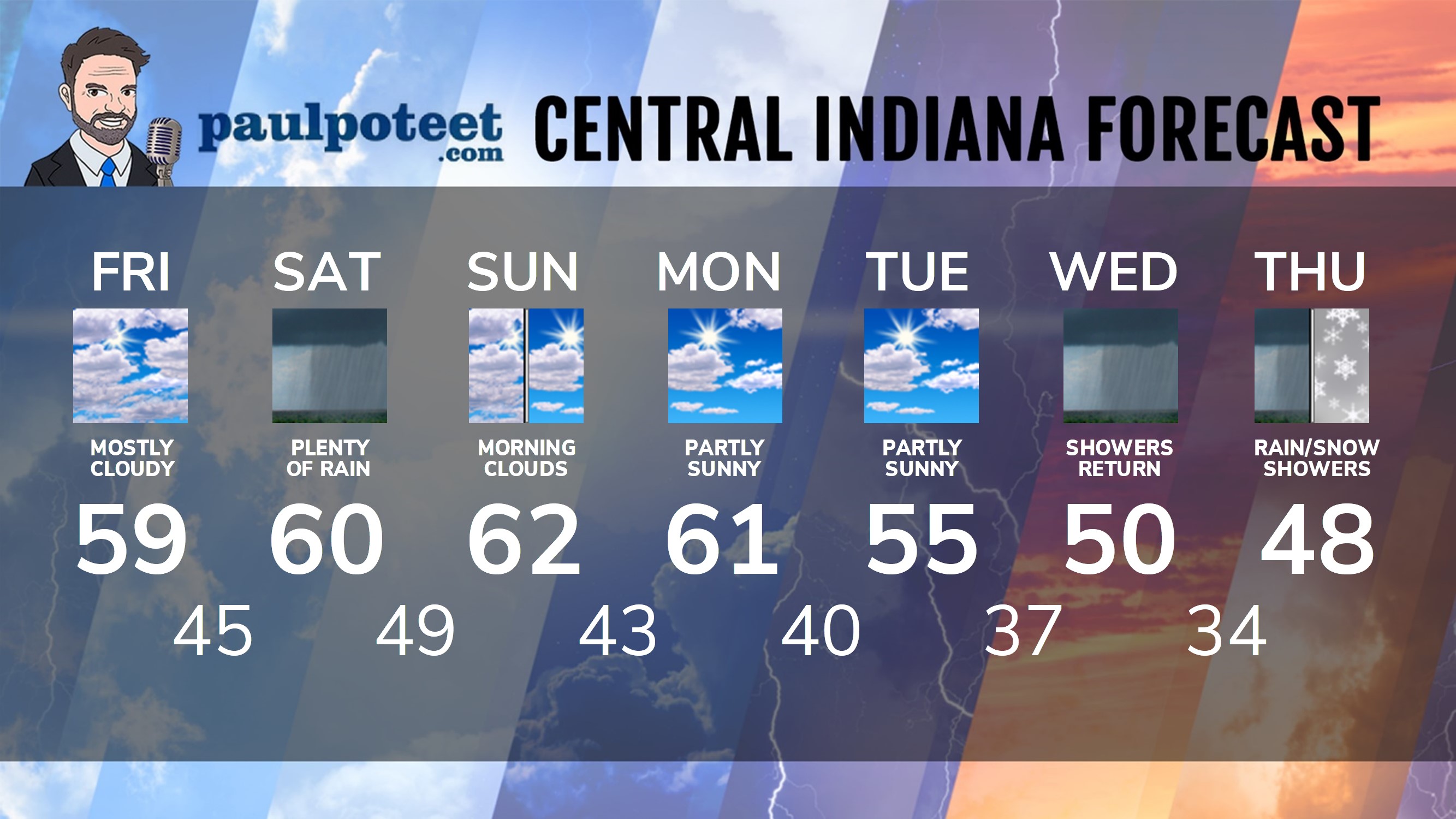