The streak stops today. The present high temperature record today is 90, and I’m expecting the upper 80s. Humidity will fall in the afternoon behind a cold front that will go through Thursday morning.

This has been an historic week, with the highest October temperature ever recorded in Indianapolis. 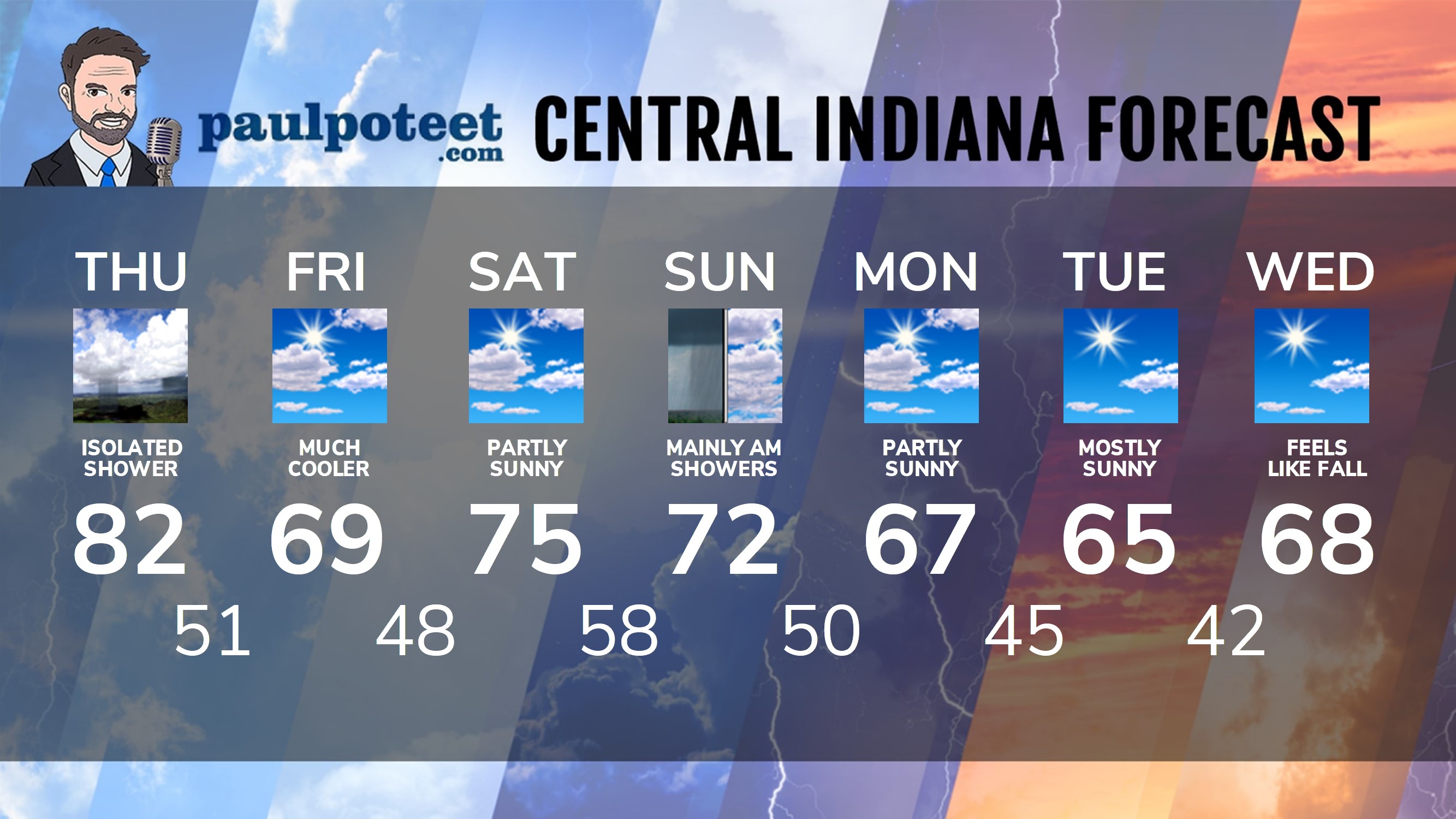