The worst central Indiana Labor Day weather weekend in recent memory was 2003. The Indy Airport water-logged 7.20 inches. Five to seven inches fell over the holiday period in Muncie and Terre Haute. Do your remember? 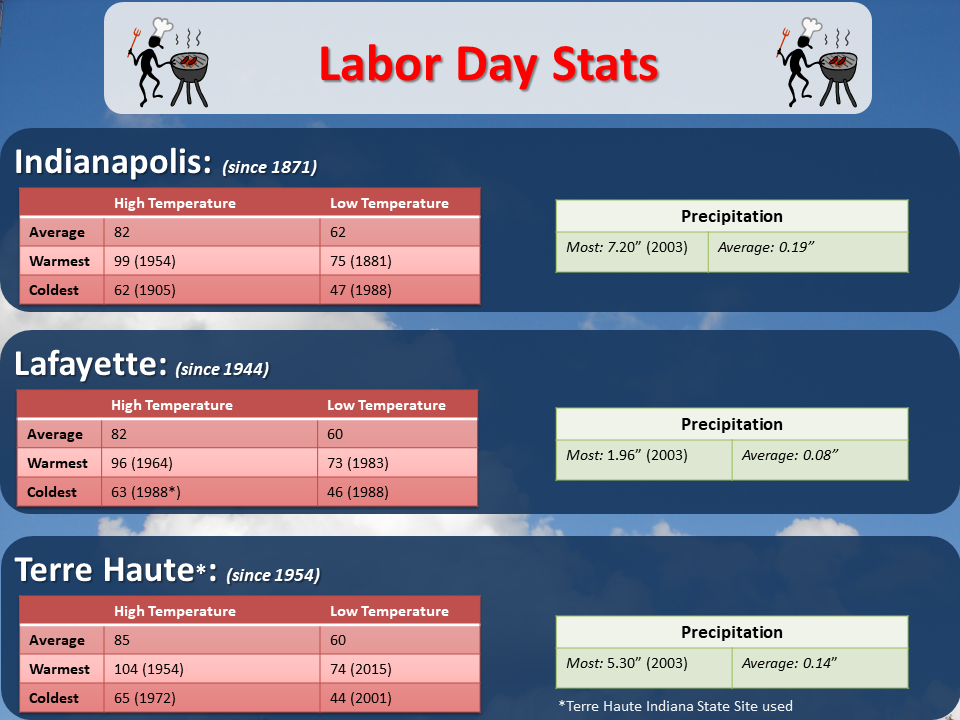 THIS holiday weekend will be pretty typical for Indiana, with highs in the low 80s. It will be a little muggy, but not tropical. Scattered showers and storms are possible as a front moves southward Friday, but amounts of rain, and frequency of storms are not expected to be a huge deal. 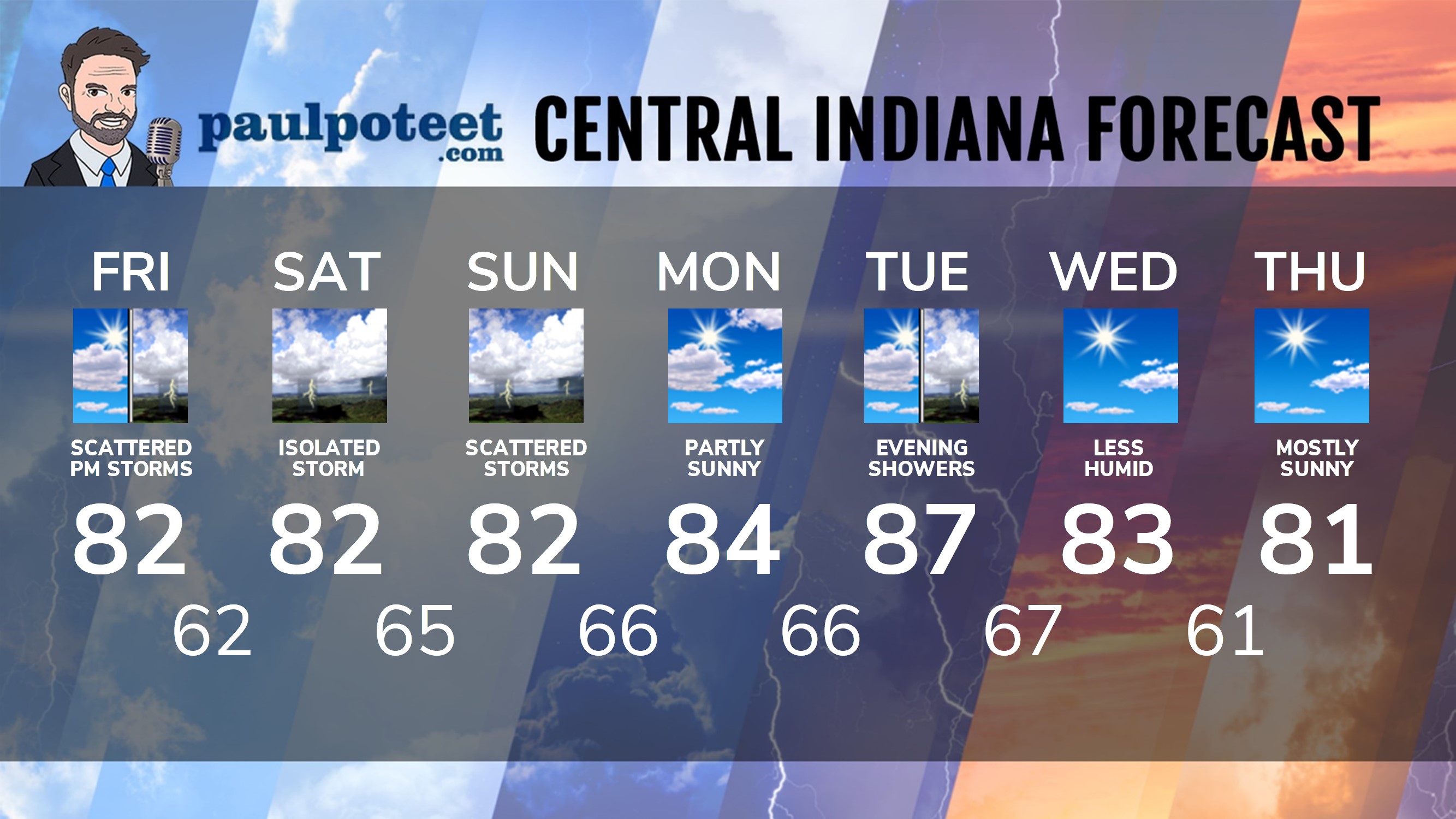