aThunderstorms tonight could be severe. The biggest risk is from damaging wind gusts. 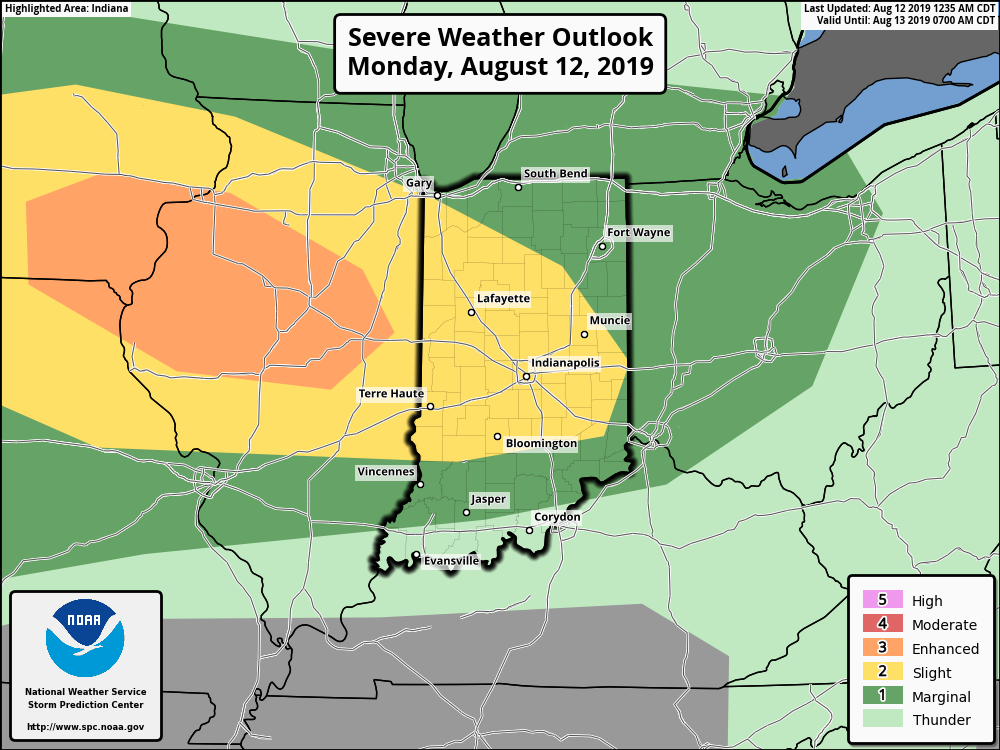 The storms are most likely after 10pm. Here’s one computer model depicting radar at that time and at 1am. 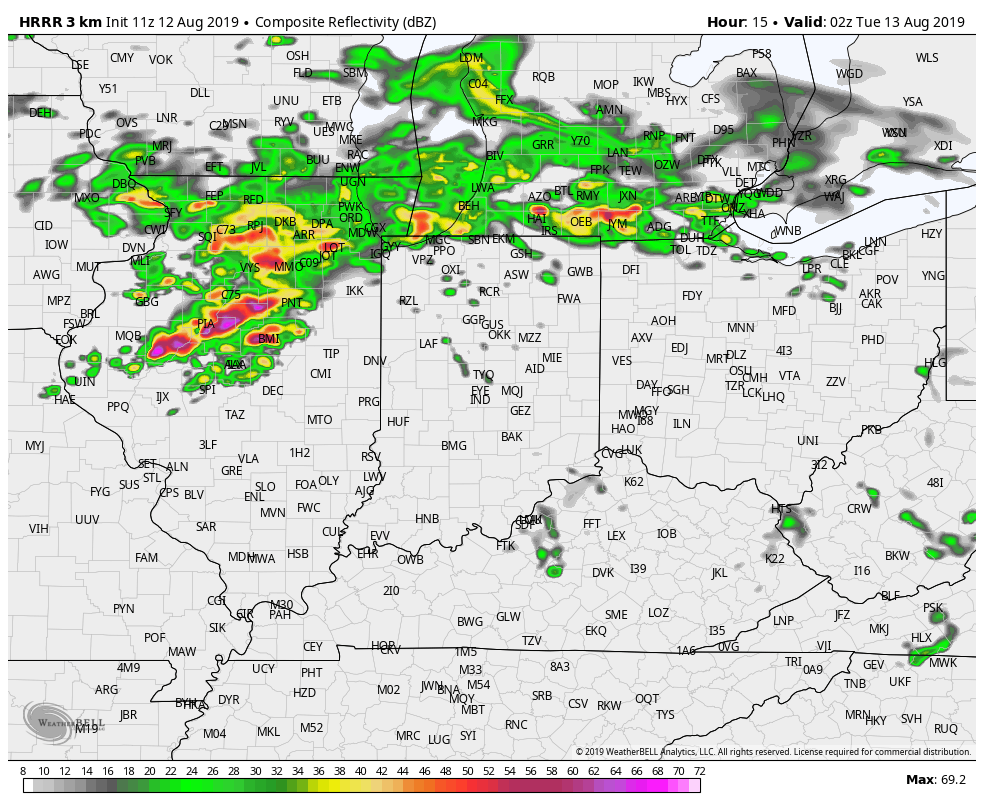 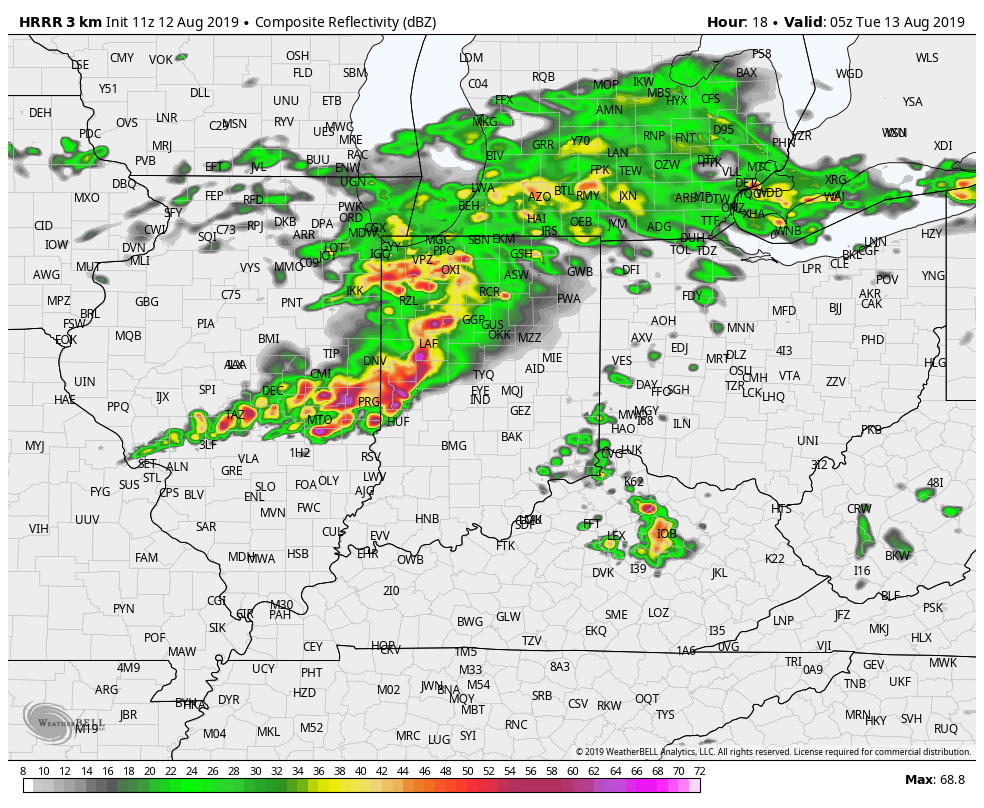 Tuesday: Partly to mostly cloudy, with a few spotty showers and storms. High 83. 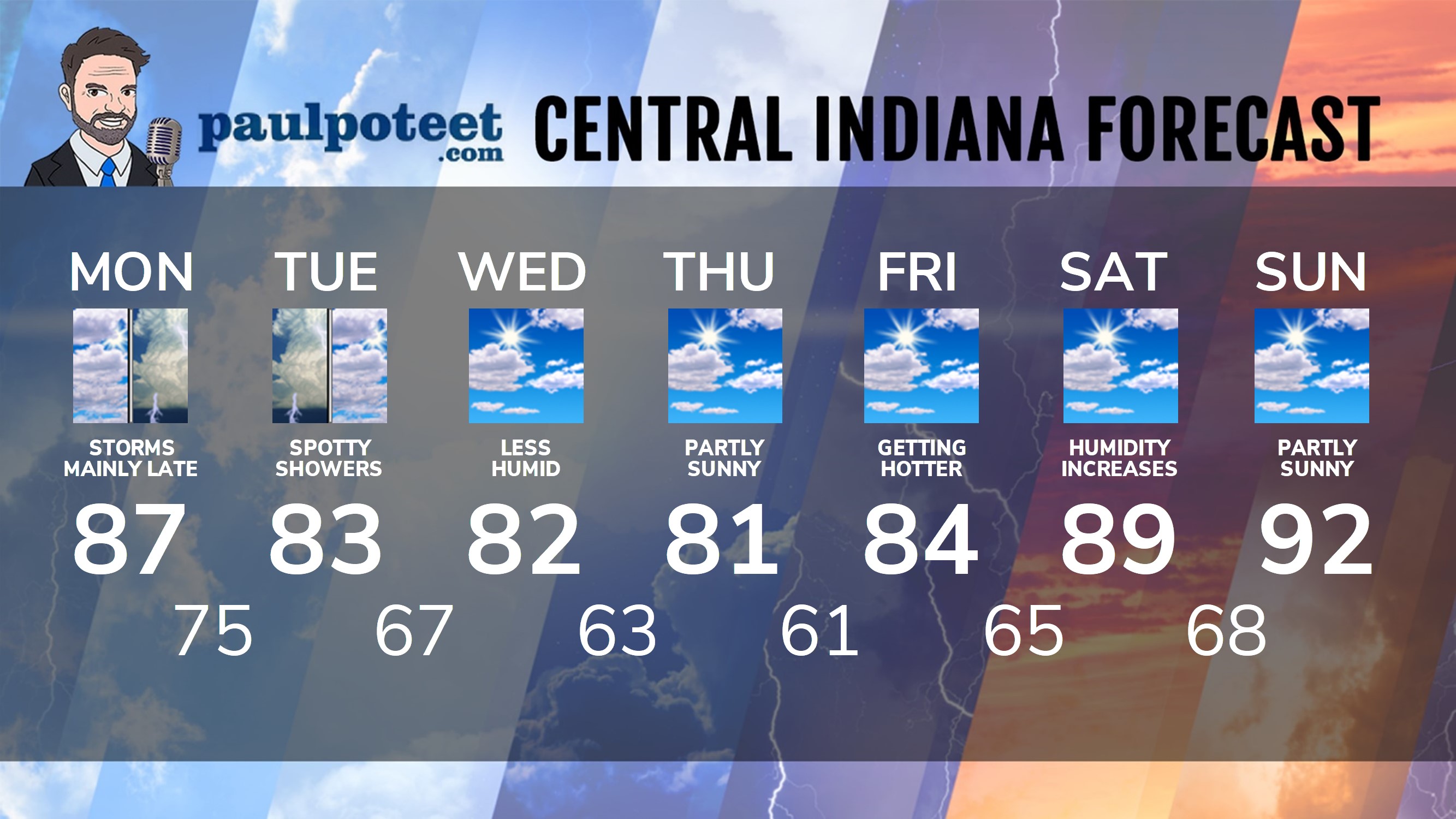