All of the state is under either a level two or three (out of five) risk for severe weather by this evening. 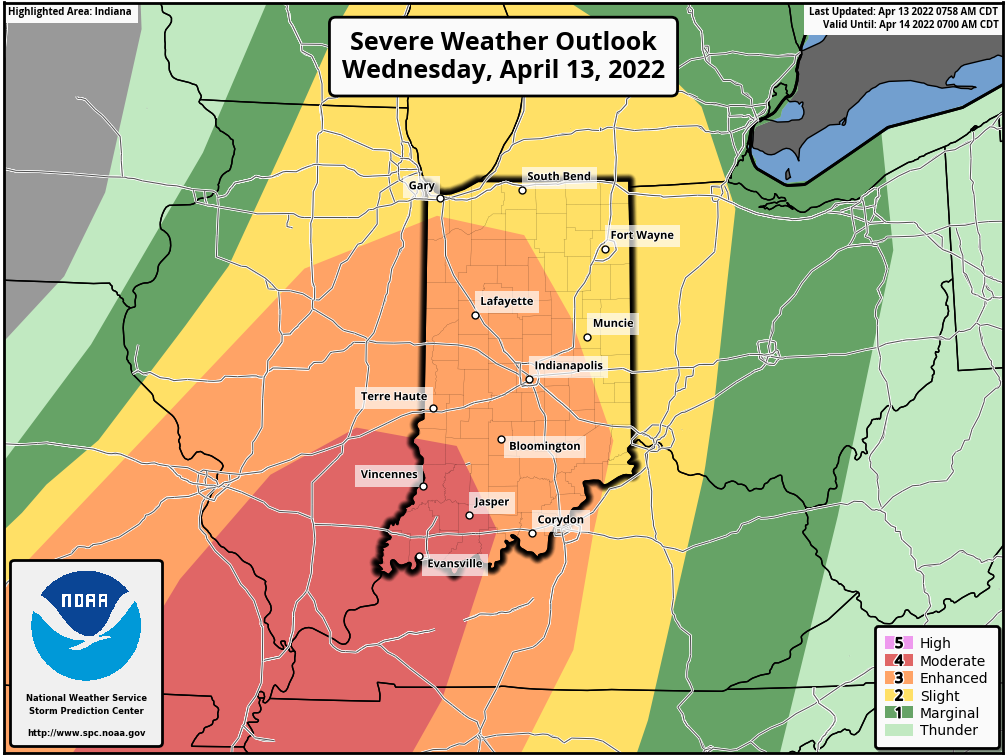 Just rain so far this morning, but storms will strengthen later this afternoon. Here’s a computer-modeled look at how a squall line could be positioned by 7pm. 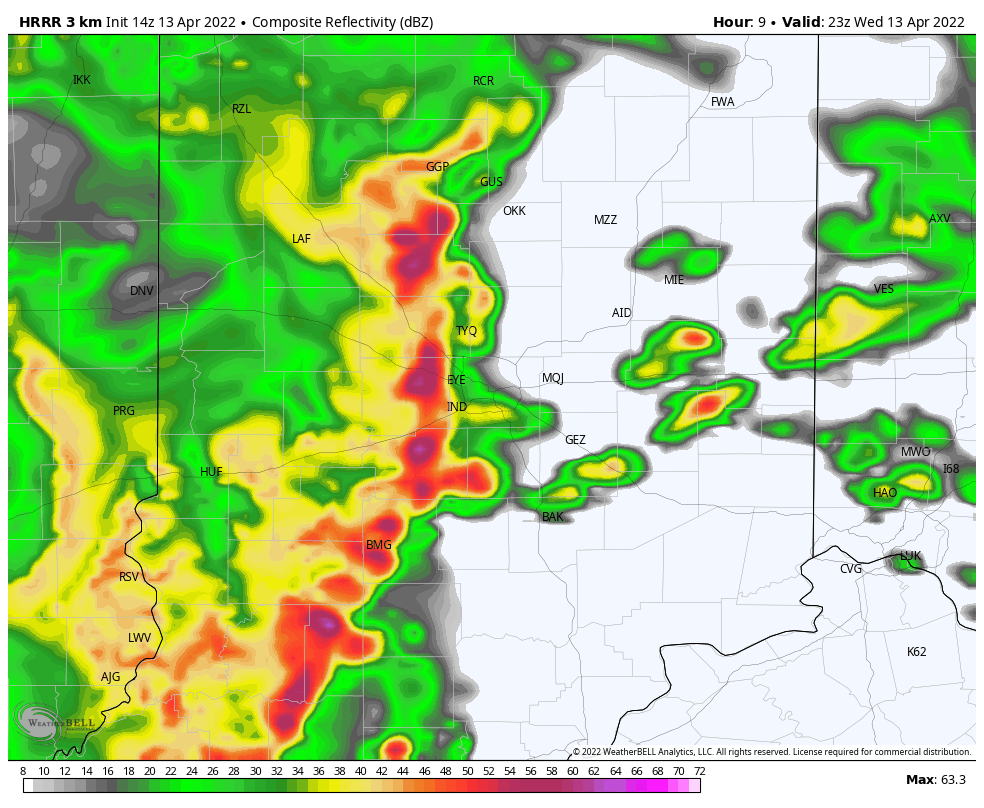 INDY SEVEN DAY FORECAST
Today: Showers and storms. Some storms could be severe. Wind gusts outside of storms could also gust to 35 mph. High 69.

Tonight: Showers and storms in the evening that could be severe. Clearing toward daybreak. Low 40.