Still no shoveling for Central Indiana, but some snow is possible this weekend in two parts. One system will sink southward Friday night into Saturday morning….to the west of the state. Could  be minor accumulation from around Terre Haute southward. 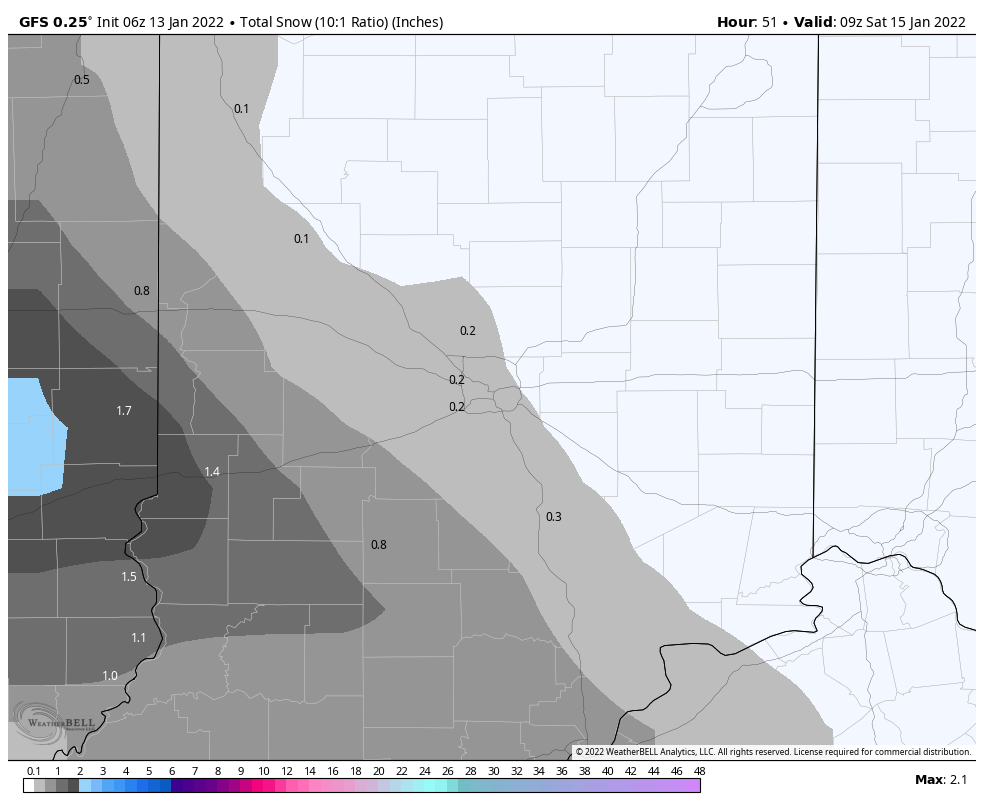 Low pressure re-organizes and re-strengthens in the Southeast Sunday, and as it plows northeastward snow could fall in the southeast half of the state in the afternoon and evening. 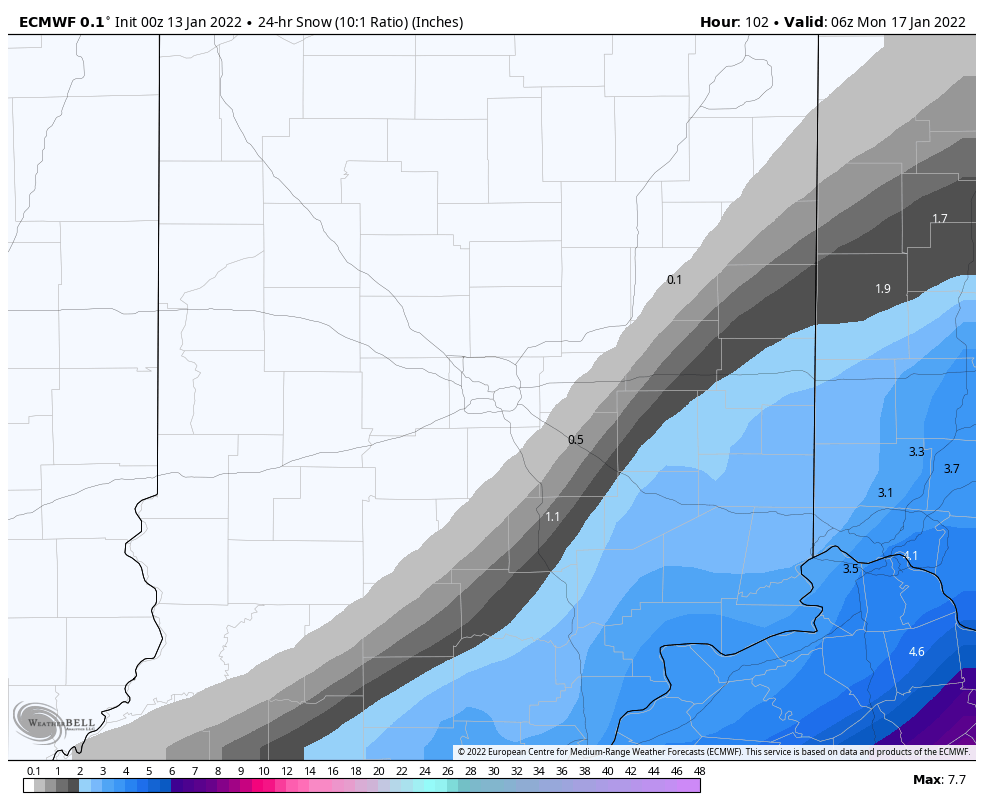 Friday Night: Flurries or snow showers after midnight. Little or no accumulation. Low 21. 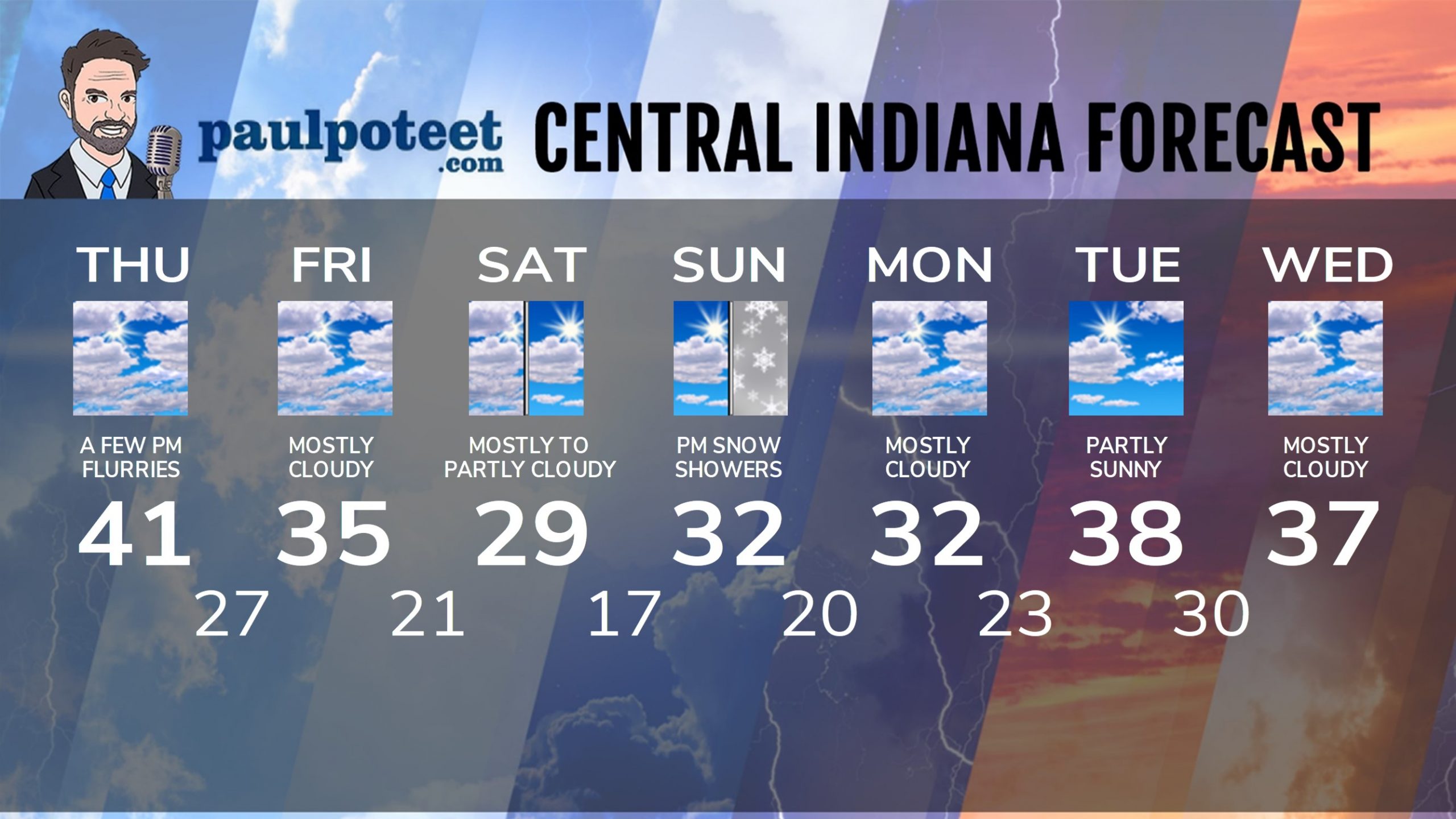