Wet, not white! The Christmas showers are coming into better focus now, with the most likely time for rain between midnight and Noon Saturday. It won’t necessarily be a foggy Christmas Eve, but Santa may need the wipers. 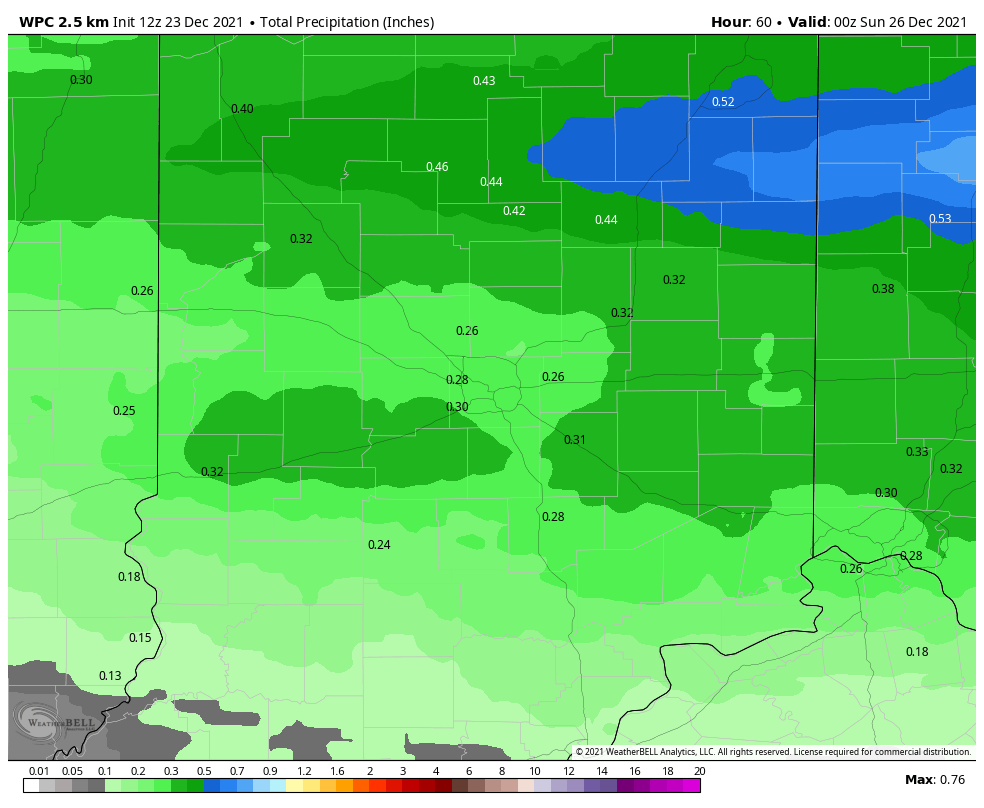 Total rainfall should be around a third of an inch or less.

Christmas Day: Mostly cloudy, with periods of showers, mainly in the morning. High 61.

Monday: Mostly cloudy, with scattered showers in the morning. High 54. 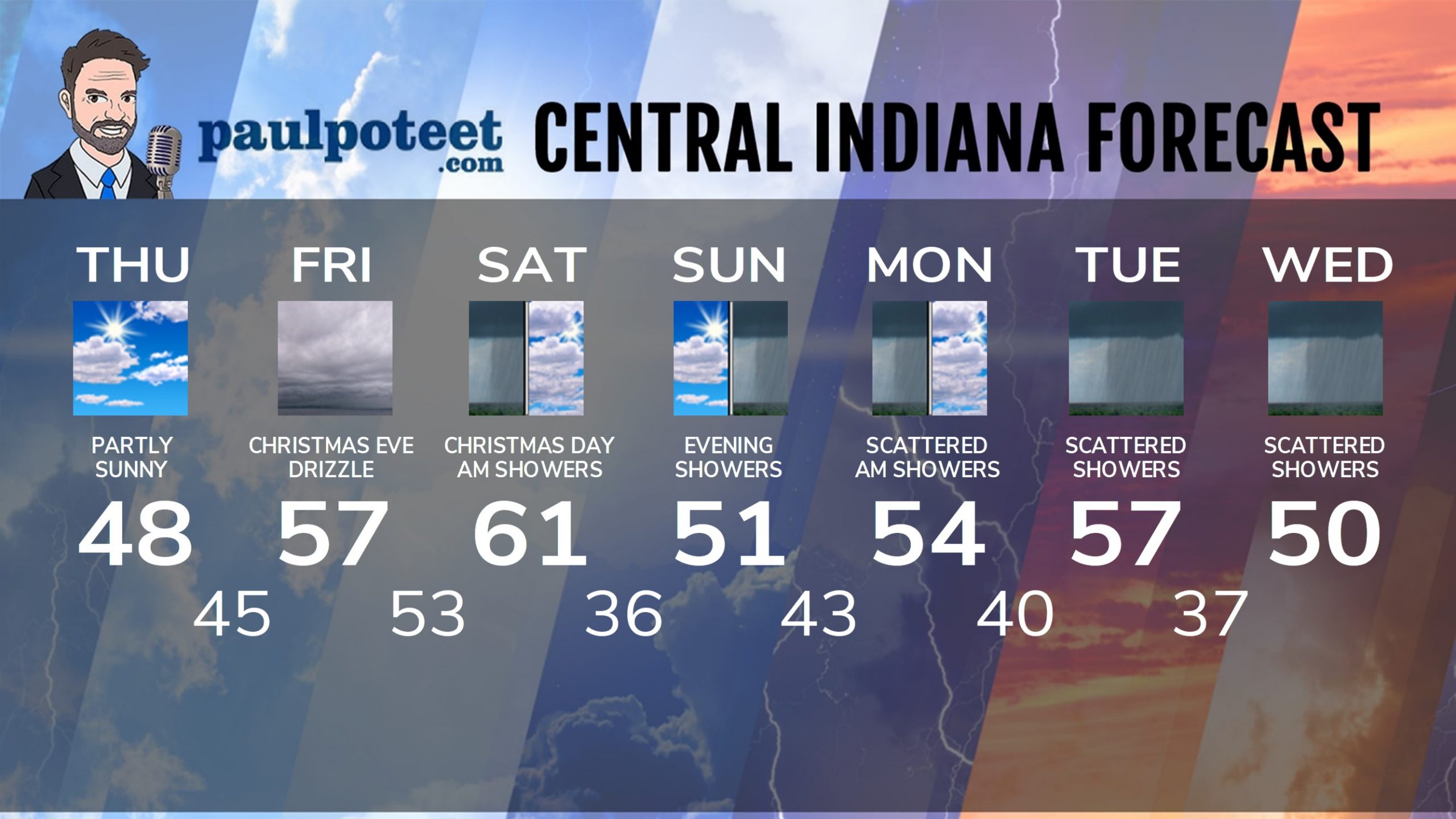