The past week brought the latest snowfall for Indiana since the white stuff flew in May of 1989. It was the second highest snowfall on or after April 20. The two inch total was just behind the 2.4 inches received on May 2, 1897. We also set a record low temperature for April 21 of 26 degrees. The old record was 28 degrees set in 1907. Here’s a chart showing the snow, via the National Weather Service. 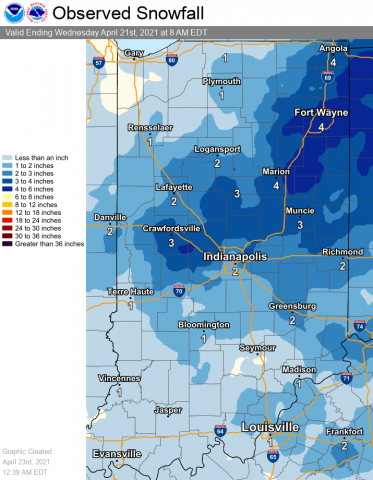 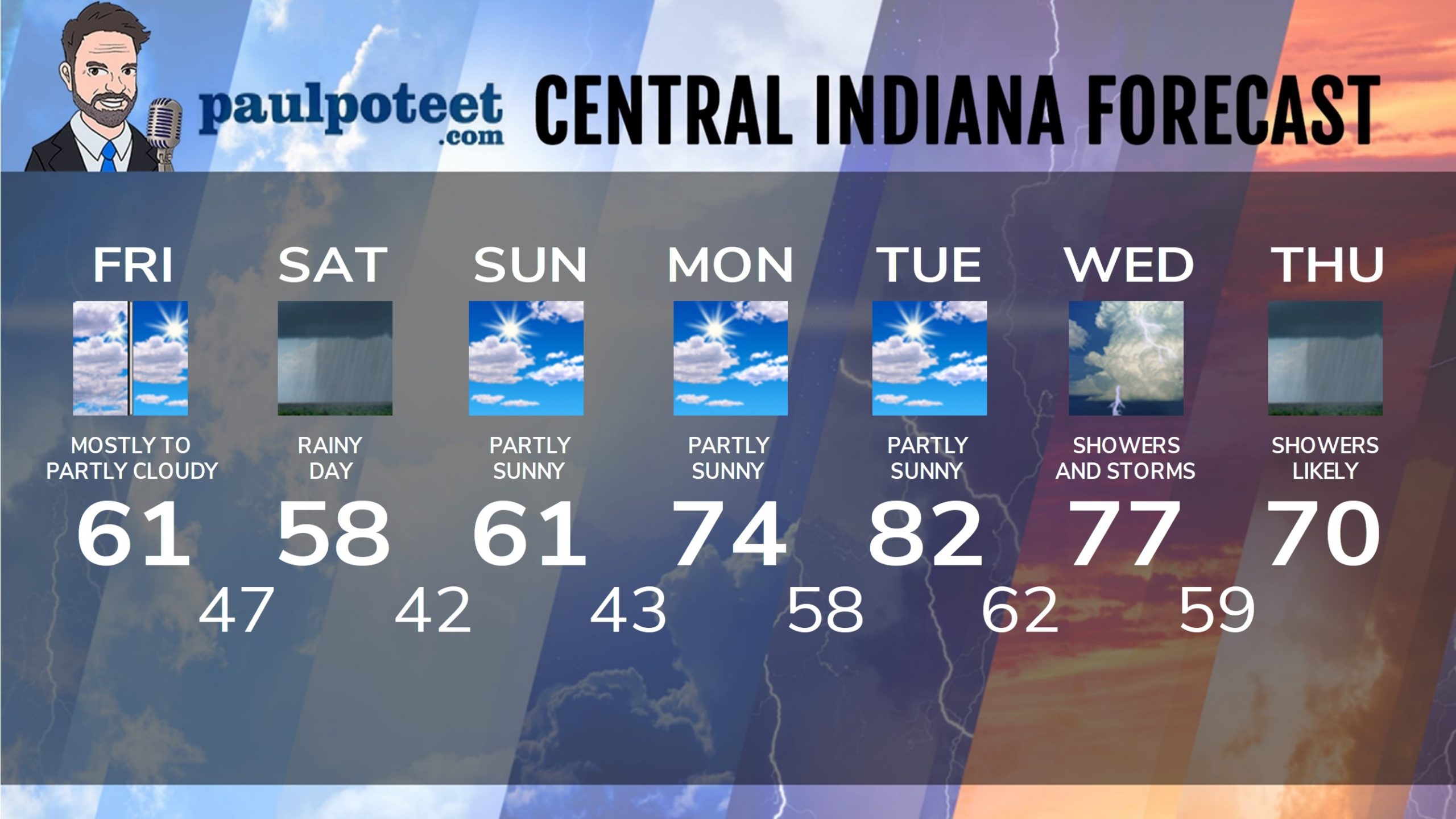