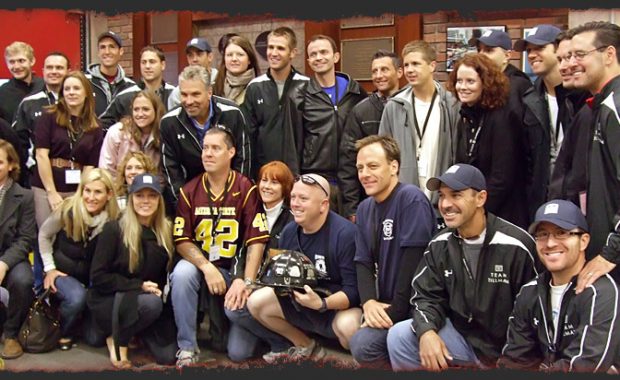 November begins with more sun and less wind. So far, I like it. The Sandy/SuperStorm remains are sliding into Canada, leaving us with a clear morning start and the possibility of a few afternoon and evening clouds. Friday is looking good. If you’re running the Indy Monumental Saturday…sorry. I am now putting in a slight […]

(Originally posted 9/11/2011.) I ran the NYC Marathon last year as part of Team Tillman, raising about 5,000 bucks (thanks to you) for the Pat Tillman Foundation. Pat Tillman left the Arizona Cardinals to join the United States Army Special Forces. He was killed fighting in the war in Afghanistan in 2004. So far, 171 […]

One last update on this morning’s Monumental Marathon. It’s the fourth annual race. I ran the very first one in 2008 as my very first marathon. The second year I wised up and did the half:) Last year I had to miss the fun because I was in NYC running their Marathon for the Pat […]

Here’s the graphic for tomorrow morning’s running of the Monumental Marathon. It’s the fourth annual race. I ran the very first one in 2008 as my very first marathon. The second year I wised up and did the half:) Last year I had to miss the fun because I was in NYC running their Marathon […]

Wednesday News On The Run

Bit of a breeze for your running today, but a warmer southwest wind 15-20mph. Could get a little gustier. The daily digest has a story about this week’s “One Day Without Shoes” event. I still have a busted toe from last Fall’s NYC Marathon, so I celebrated privately:) Today’s News On The Run is sponsored […]

THANKS VERY MUCH. We sold-out (and then some–don’t tell the authorities) Comedy Sportz last night. That’s why it was 104 degrees inside lol. Tom and I were walking past the joint on the other side of Mass Ave at about 9:25, looked over, saw the line out front, and contemplated getting in a car to […]

I’m auctioning off my two SECOND ROW seats, plus a Parking Pass for the “Train” concert tonight at White River State Park. The proceeds will benefit my NYC Marathon Fund raising for the Pat Tillman Foundation. Email your bid to paul@paulpoteet.com. The minimum bid is $130 each. (Tickets are worth 110, parking 20.) The bids […]

I’m halfway through my Pat Tillman Fund-raising marathon. I’ve committed to raising over four thousand dollars to qualify to run in the NYC Marathon. I’ve made great progress thanks to you, but I still need help. You can use your debit or credit card to give any amount – even a dollar – with this […]

I have the honor of running with the Indianapolis portion of “Team Tillman” in this Fall’s New York City Marathon. By accepting the invitation I am also agreeing to raise money for the Scholarship Program in the amount of $4240, symbolic of Pat’s NCAA & NFL football jersey numbers. I’m 12% of the way there […]