Plan on a longer trip Wednesday morning. Snow begins tonight after midnight. It may initially mix with some rain. It may mix at times with sleet Wednesday. The most intense part of the storm will be while the low pressure center tracks near I-70 (it’s not always I-70, it just seems that way) between 8am and 1pm. Final totals for much of central Indiana will be between 4 and 8 inches. Totals will be under that in the southeastern one-third of the state. This will be followed by COLDER temps TFN. January temps have been running a solid TEN degrees above average, so it’s payback time. And you know what payback is:) 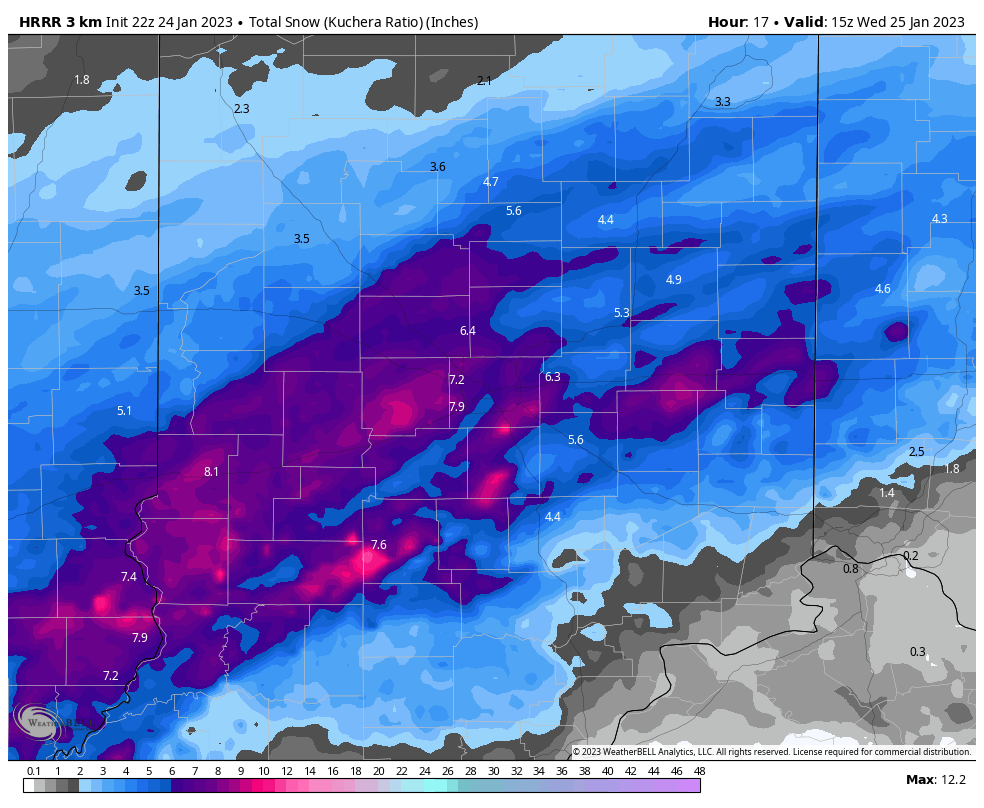