The sun is back again, but afternoon highs will be down compared to yesterday. But still: we will be above the average high of 56. We’re going back into the 70s yet again this week, before a cold front crashes the party Friday.

Not much rain is likely from it, unfortunately. Since September 1 (the start of “meteorological Fall) there’s only been about 50% of typical precipitation in Indianapolis.

The early Tuesday Lunar Eclipse should be visible in Indiana. A lunar eclipse occurs when the moon drifts across the Earth’s dark shadow during a period when the sun, the earth and the moon are closely aligned. Because of that alignment, our planet’s shadow will temporarily block the light that the sun reflects off the moon’s surface, so the moon’s brightness will fade. The orange color of the moon is caused by the moon passing into the shadow of the Earth. The best viewing will be in the 5am hour Tuesday. 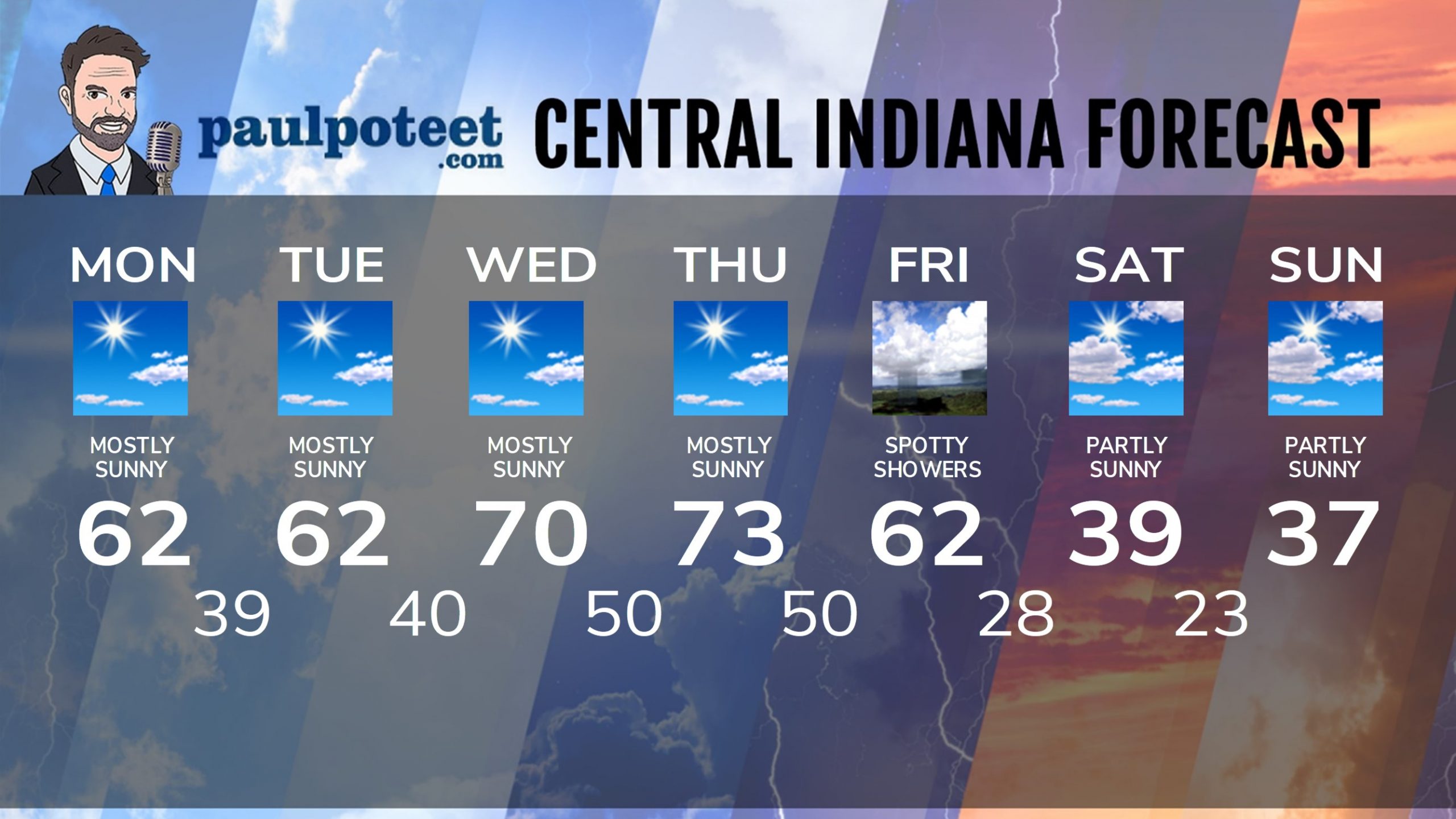