The morning low was *80* degrees in Lafayette, Muncie, Terre Haute, and the Eagle Creek Airport. Brisk in Indy, with a low of 79! Today will be the fourth consecutive day with highs in the 90s, but it will be the last for awhile. Credit a cold front that will spawn some scattered showers and storms as it drifts southward.

The upper air support for any organized severe weather during the day will be east of central Indiana. A piece of energy later tonight and very early Friday morning could cause a few severe storms then, mainly southwest of Indianapolis. 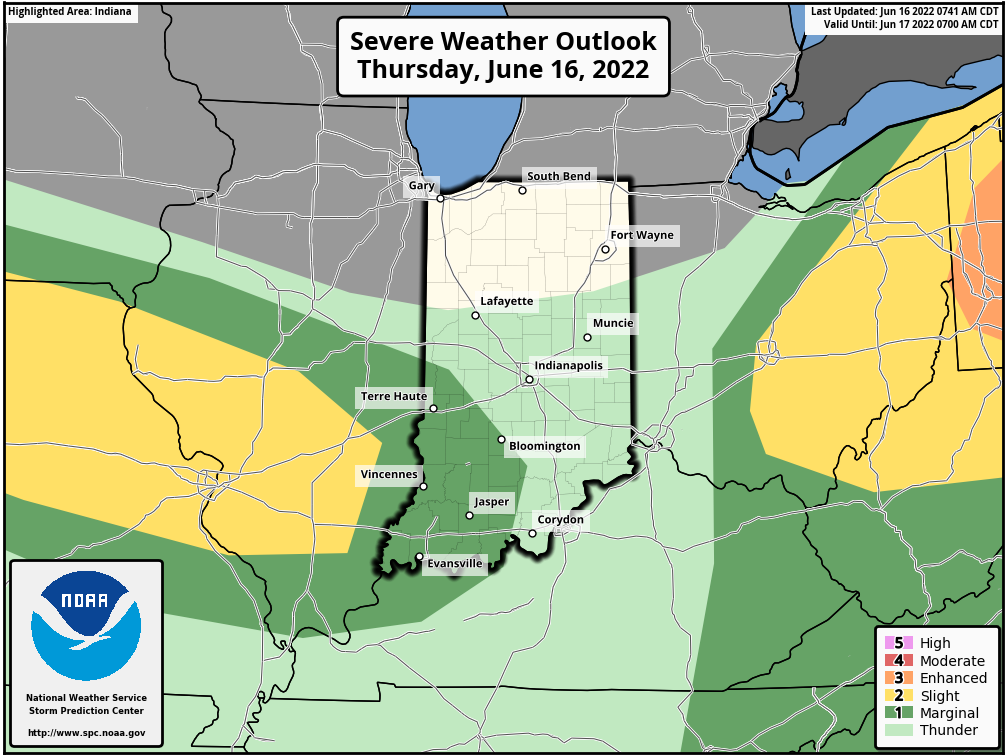 We’re on cruise control this weekend. High temps will actually be a little below normal Saturday. The highest temp we’ve had in this stretch has been 93, a few degrees lower than original estimates. I think that our crazy dewpoints played a role in that. Some of the sun’s energy is working to evaporate the moisture in the air and at the surface. Models are hinting at humidity next week…but dew points more like the upper 60s. That may be a better chance of hitting the upper 90s a few days. It’s kind of a trade-off lol. 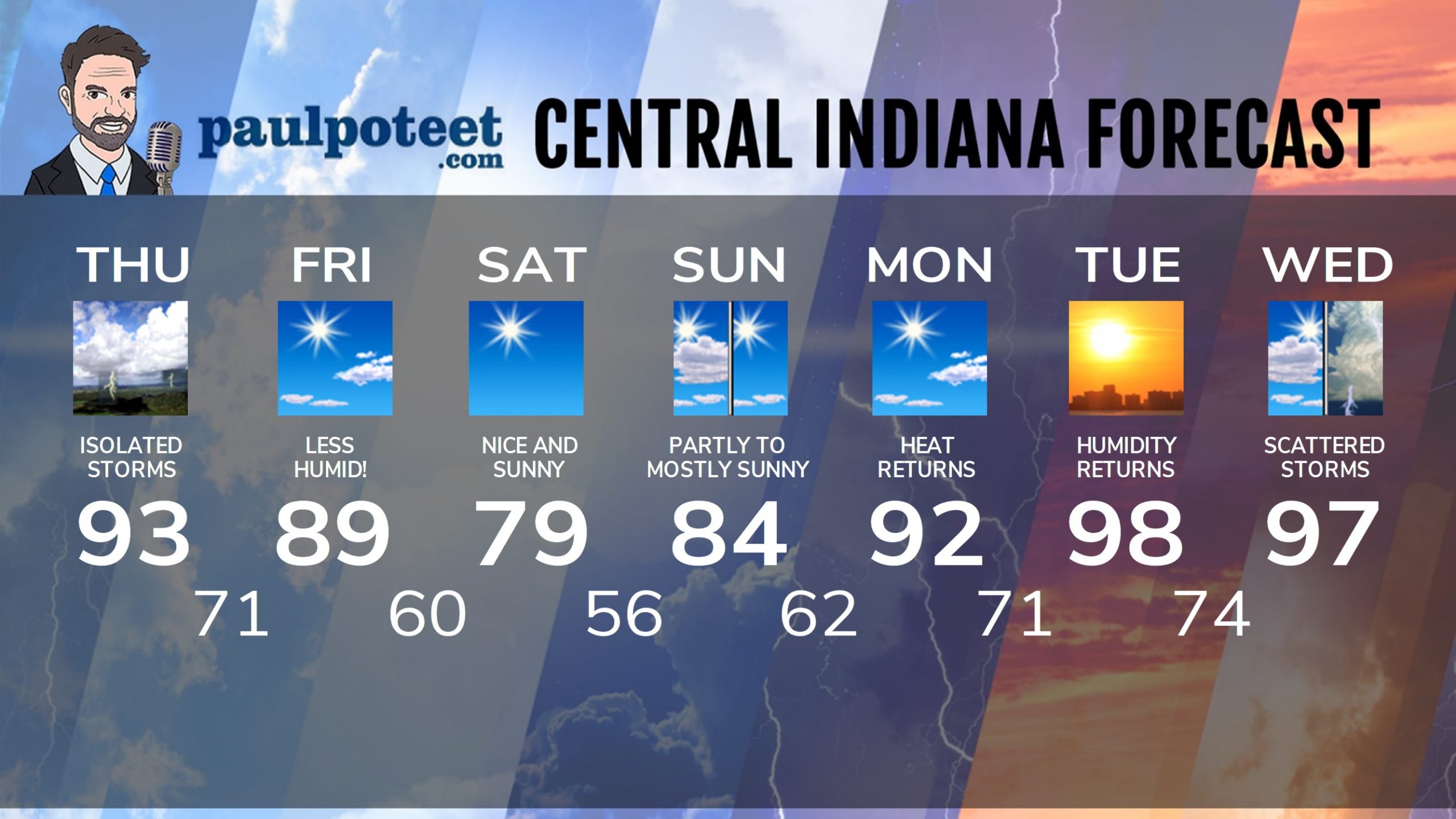