Two shots at storms this weekend.

The first is a glancing blow after midnight Friday into early Saturday morning. (Chart on left.) This is mainly a factor for the Greater Lafayette area.

The second risk is more widespread Saturday afternoon, as a cold front marches through the state. (Chart on the right.) The biggest upper air energy may tend to trail the front, so the biggest risk (and possibility of a tornado or two) will be north and west of Indy. The risk will diminish through early to mid evening Saturday. 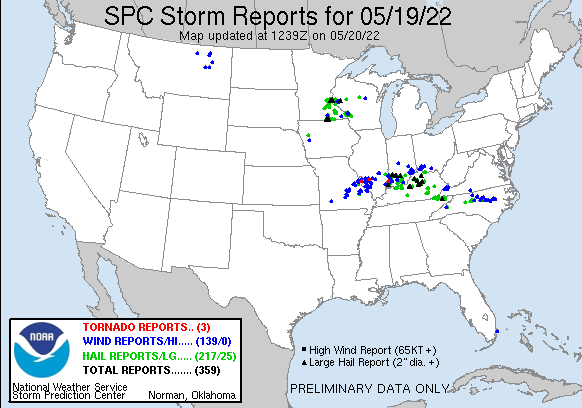 Weather was nasty Thursday night and early Friday morning in the southern third of the state, with over two inches of rain for some, and severe thunderstorms. Bloomington had just under an inch of rainfall, and Indy received just under a half-inch. Only about a tenth fell in Muncie, with no rain at Lafayette.

Saturday: Partly sunny, hot and humid, with showers and storms in the afternoon. A few storms could be severe. High 87. 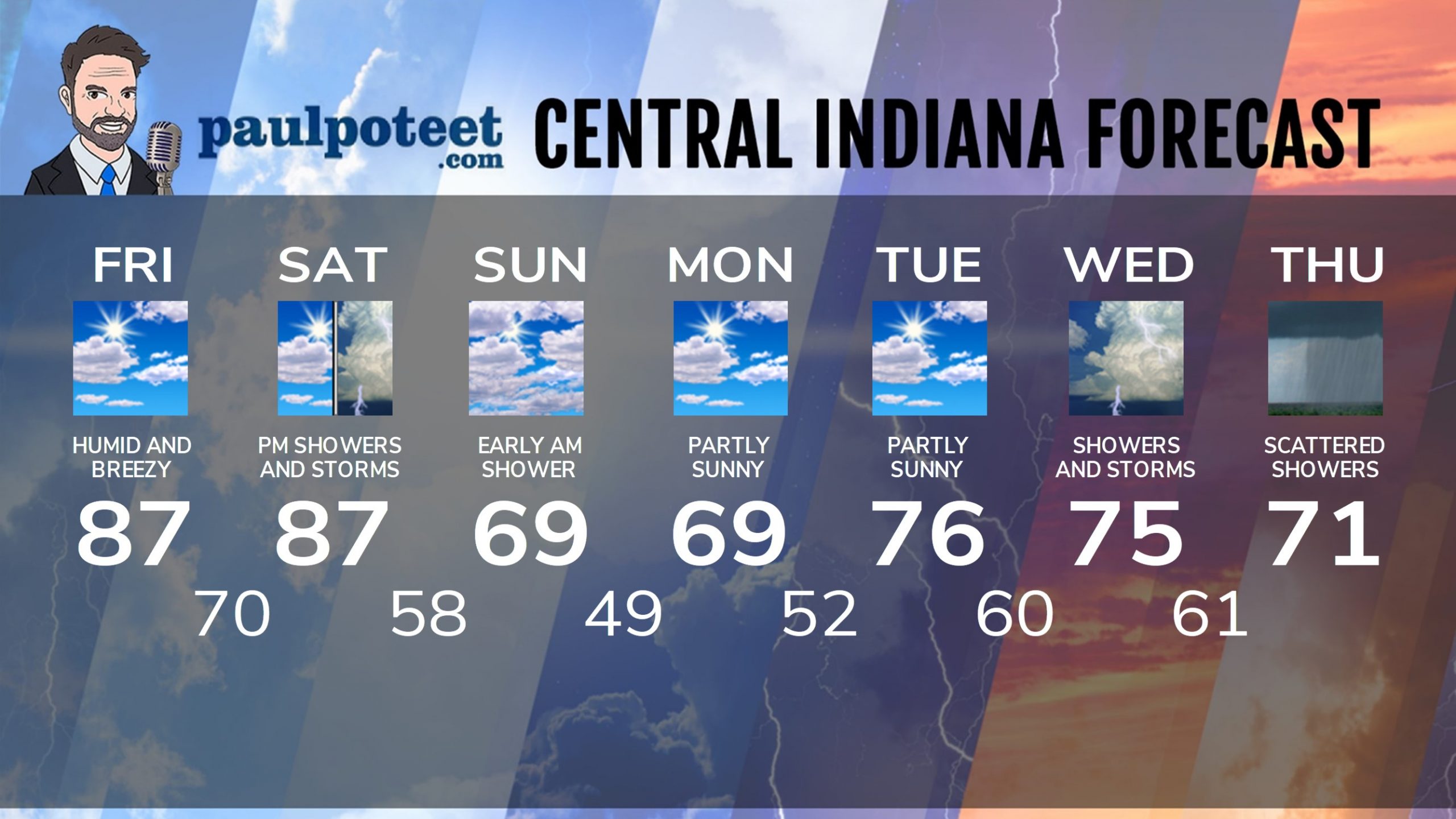