FINALLY. Today’s the day Indy should officially get to 70 degrees. For the first time this month! Last time a similar stretch was so long? It was 1990, when the first 70-degree day didn’t happen until April 22nd.

There may be showers or storms Friday…mainly in the morning and midday, and mainly to the north/northwest of Indy. Amounts will be fairly light. 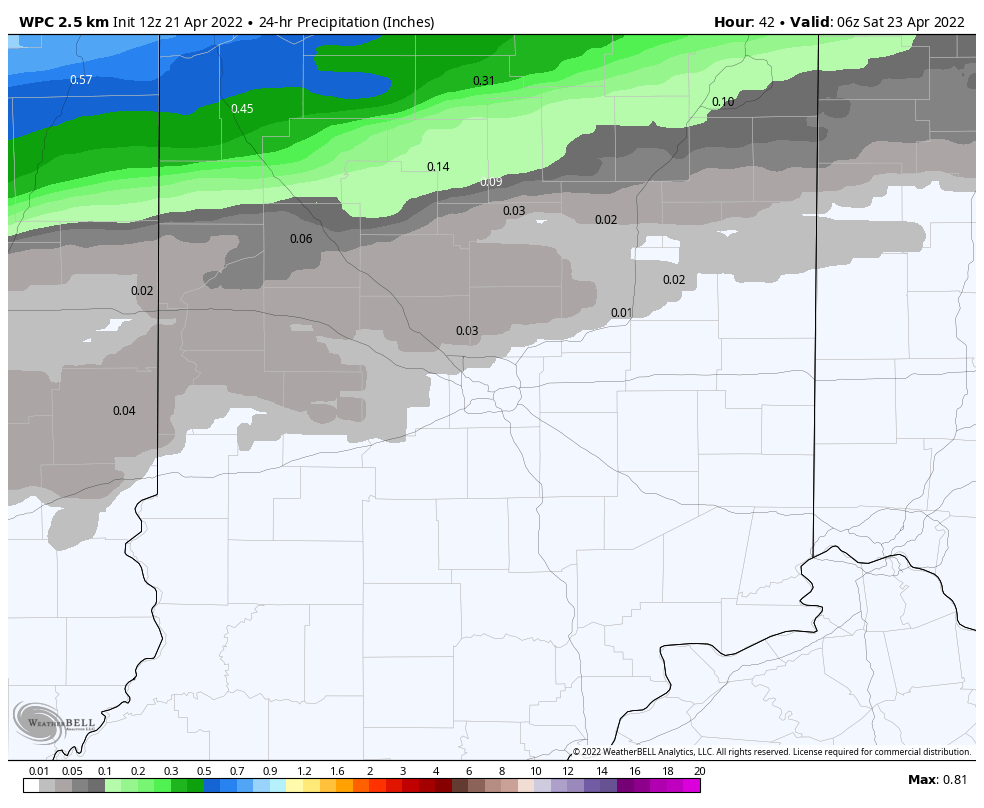 A cold front will put the breaks on weekend heat. Rainfall will be widespread, with amounts from around a third to three-quarters of an inch of rainfall. This is the projected precipitation from later Sunday afternoon into Monday morning. 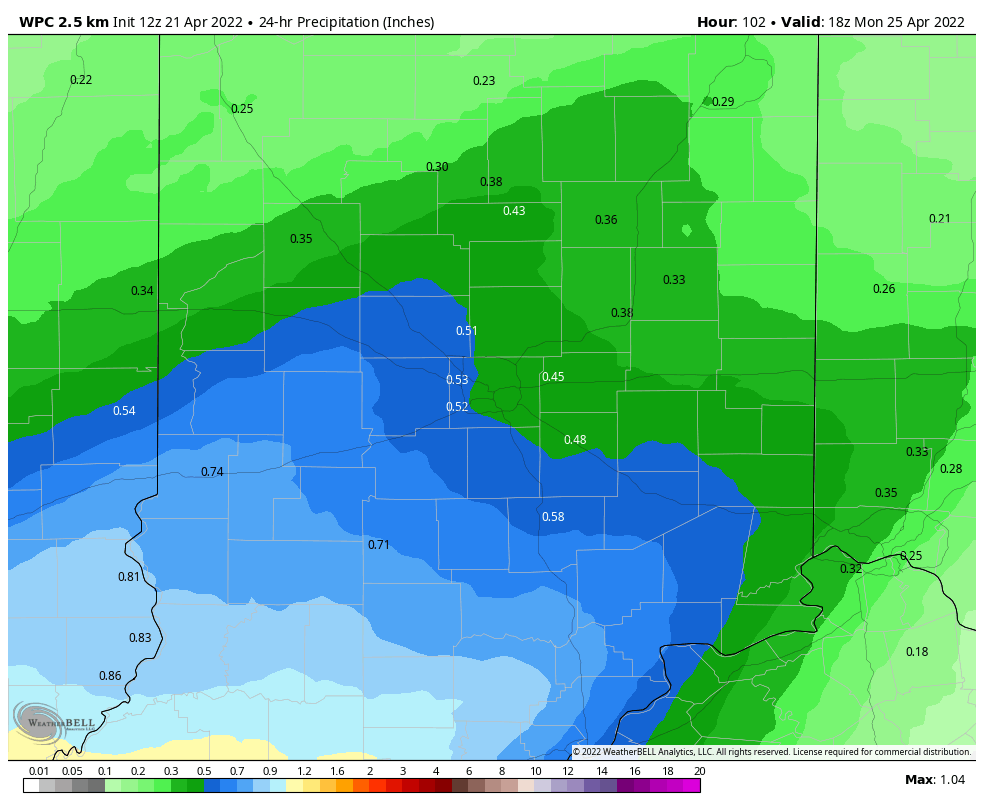 INDY SEVEN DAY FORECAST
Today: Morning fog. Partly sunny and warmer by afternoon. Wind gusts to 30 mph in the morning, and up to 20 mph in the afternoon. High 71. 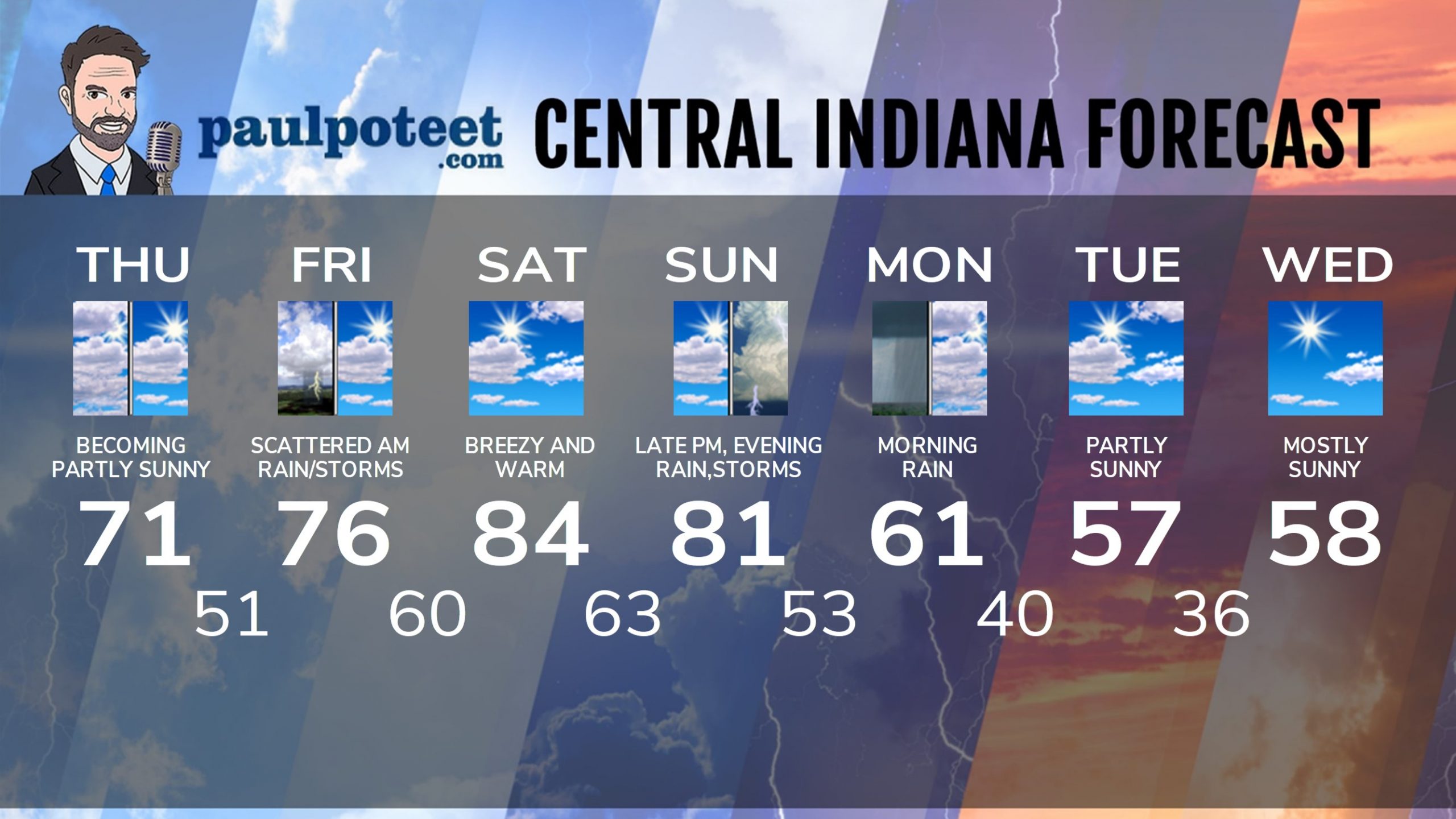