Indianapolis recorded more snow yesterday (1.6 inches) than in the entire month of March! Early morning totals were similar over much of central Indiana. The lows at major reporting stations never dropped below freezing, so it was an excellent example of snow intensity overcoming surface temperatures to accumulate. By the way: yesterday brought Indy’s seasonal snow total to 11.6 inches. The average is 25.5 at this point. Last year at this point: 22.2 inches. Mister Weatherman approves.

Monday was a buzzkill, but Friday and the weekend are LIT. 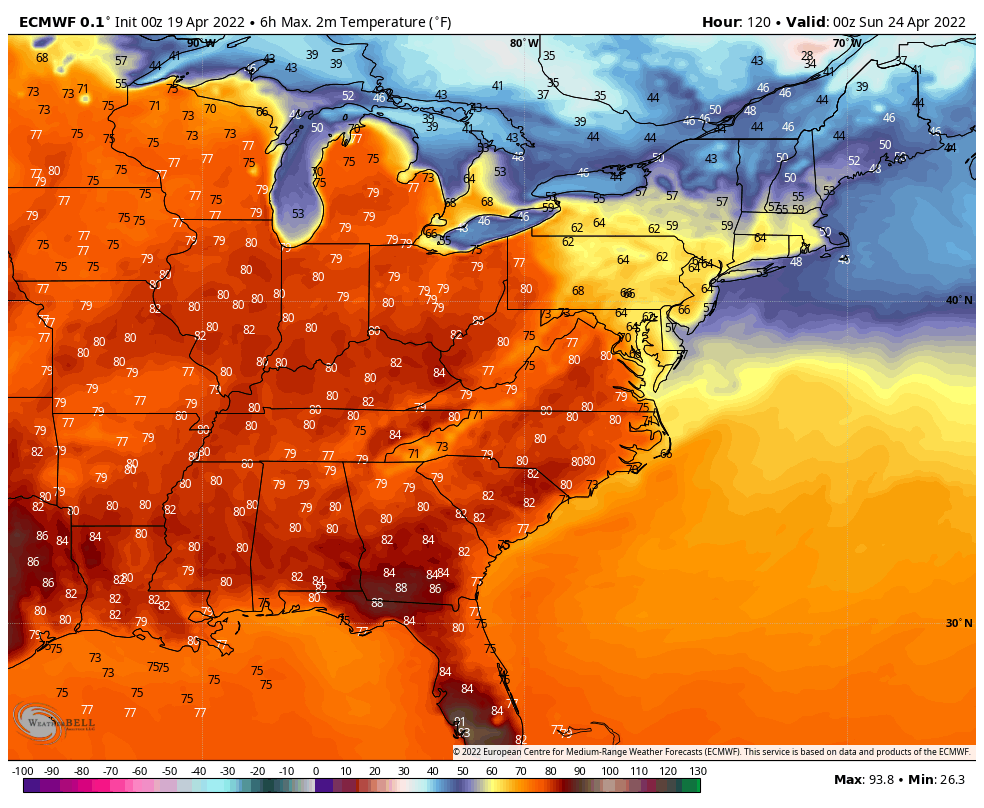 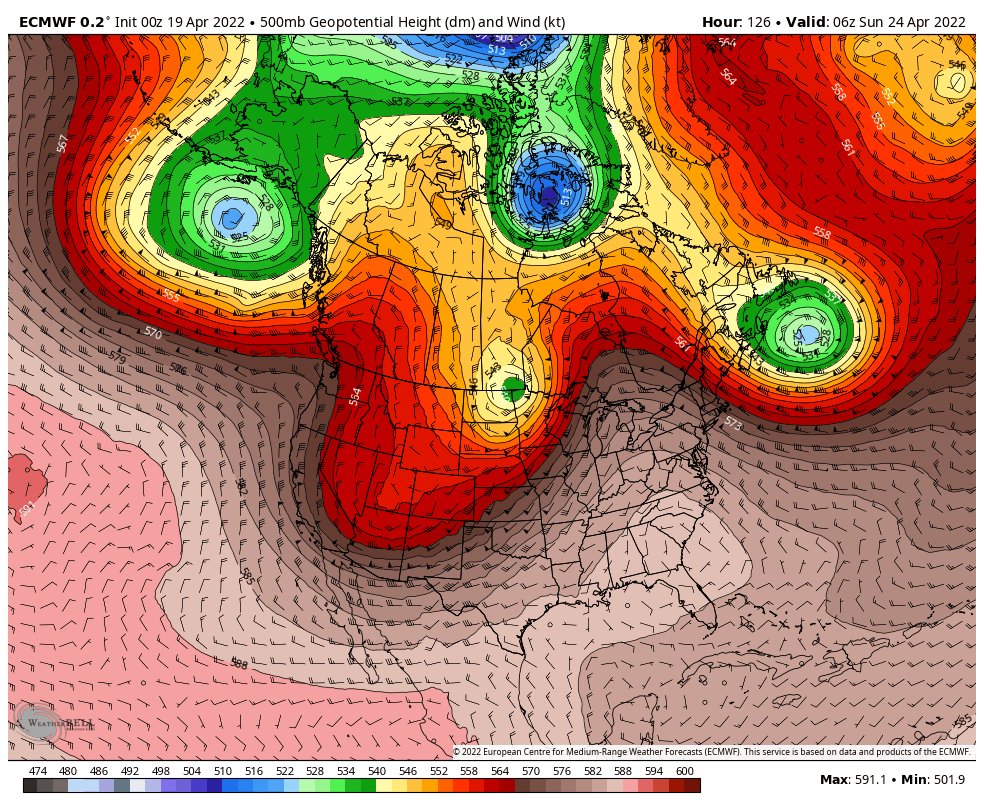 Sunday Night: Clouding up, with showers and storms late. Low 59. 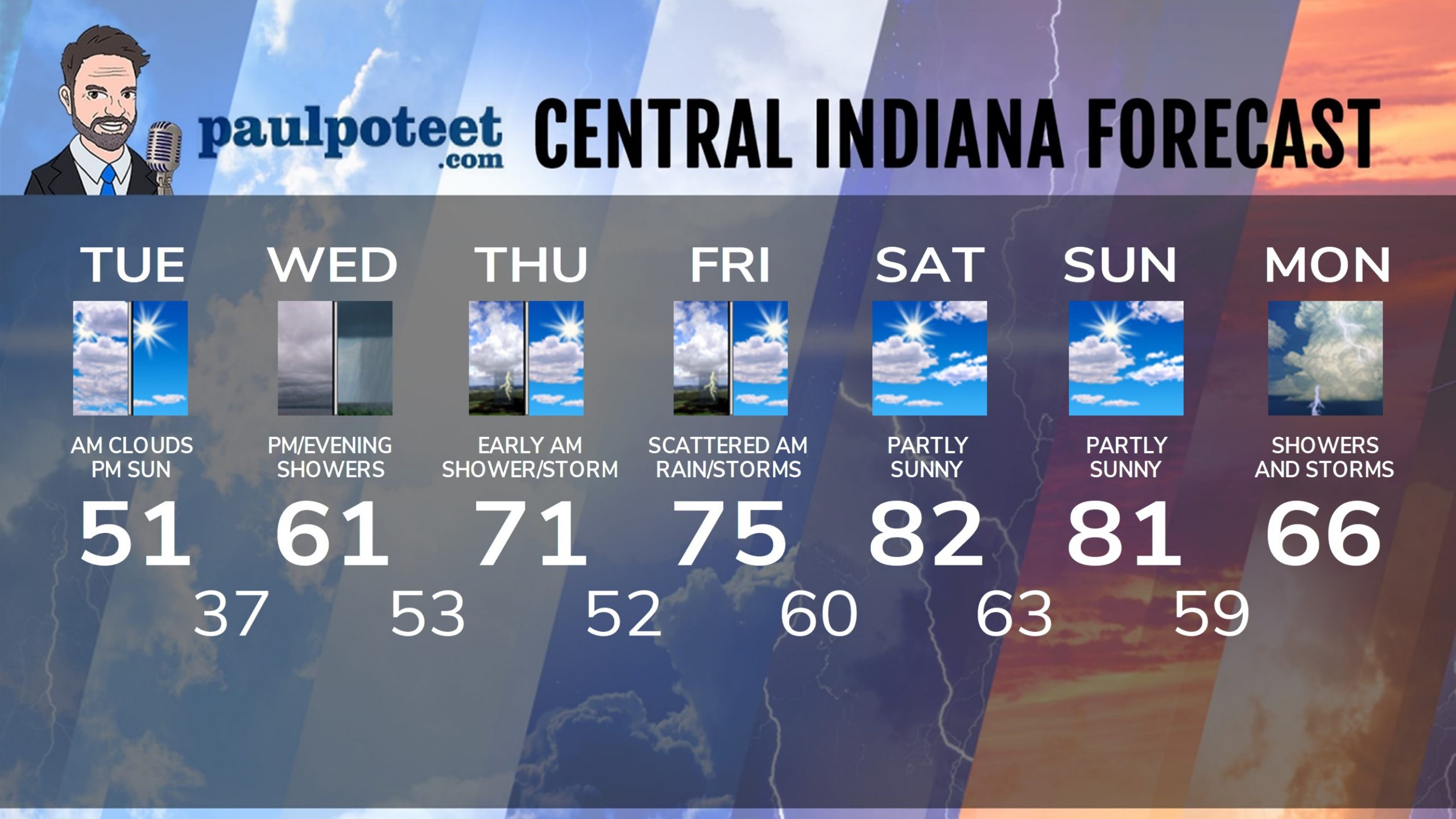