In the same 7 day stretch: record heat, an EF-0 tornado, and a possible coating of snow. Spring is Back Home Again in Indiana!

Here are the details on the brief, weak tornado in Cass County early Sunday morning. No storms any time soon, but the after-effects of Monday have left behind a Flood Warning for much of central Indiana until 5pm today. Almost two inches of rain fell at Indy from Sunday into Monday. 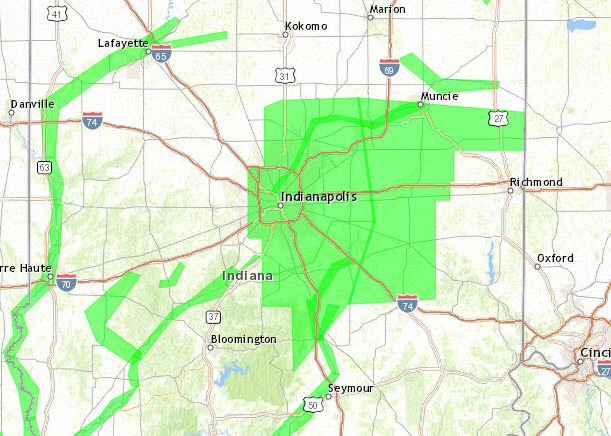 Snow showers are on the table later Friday, with generally below-average temperatures through St. Patty’s Day. 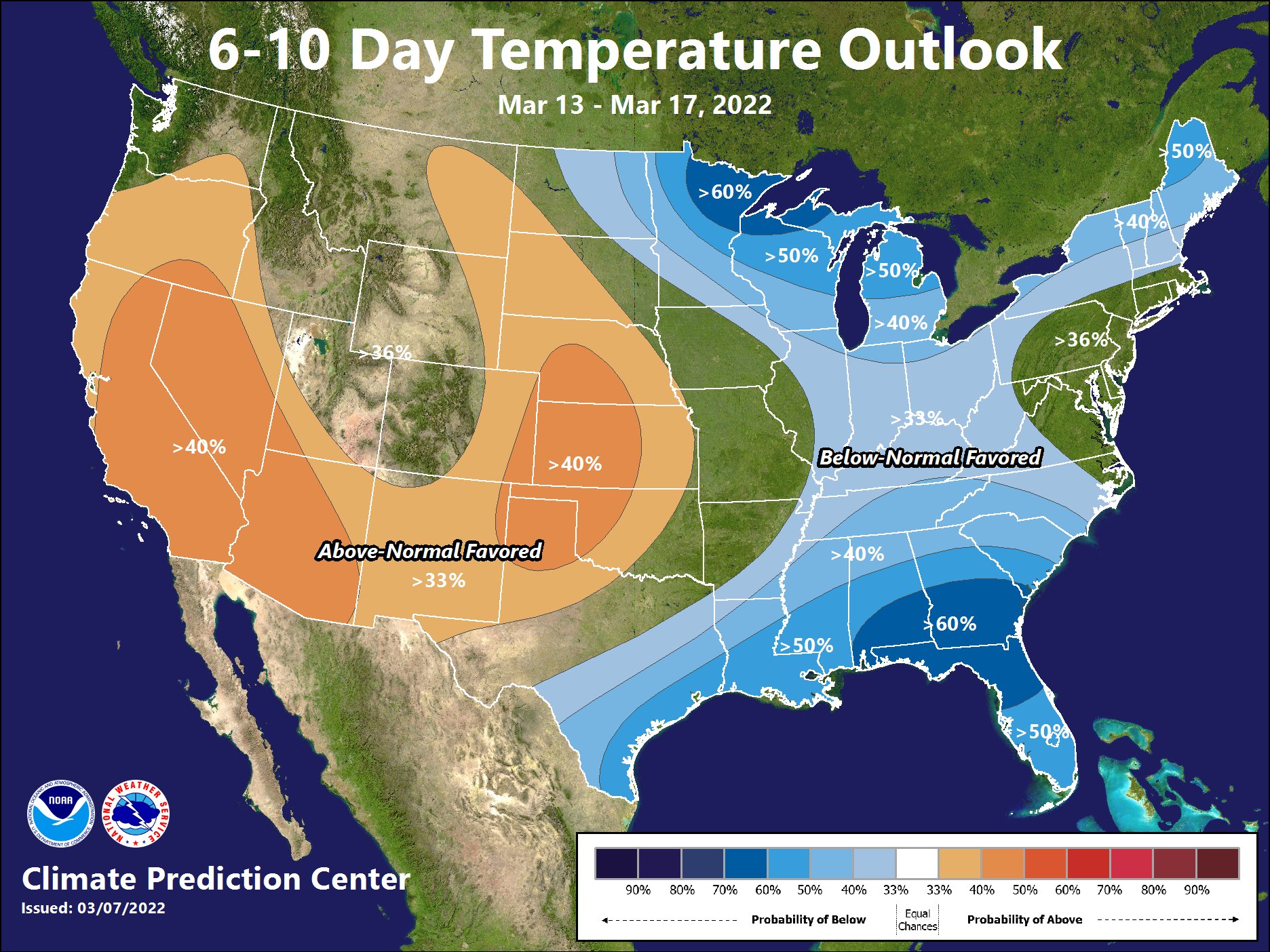 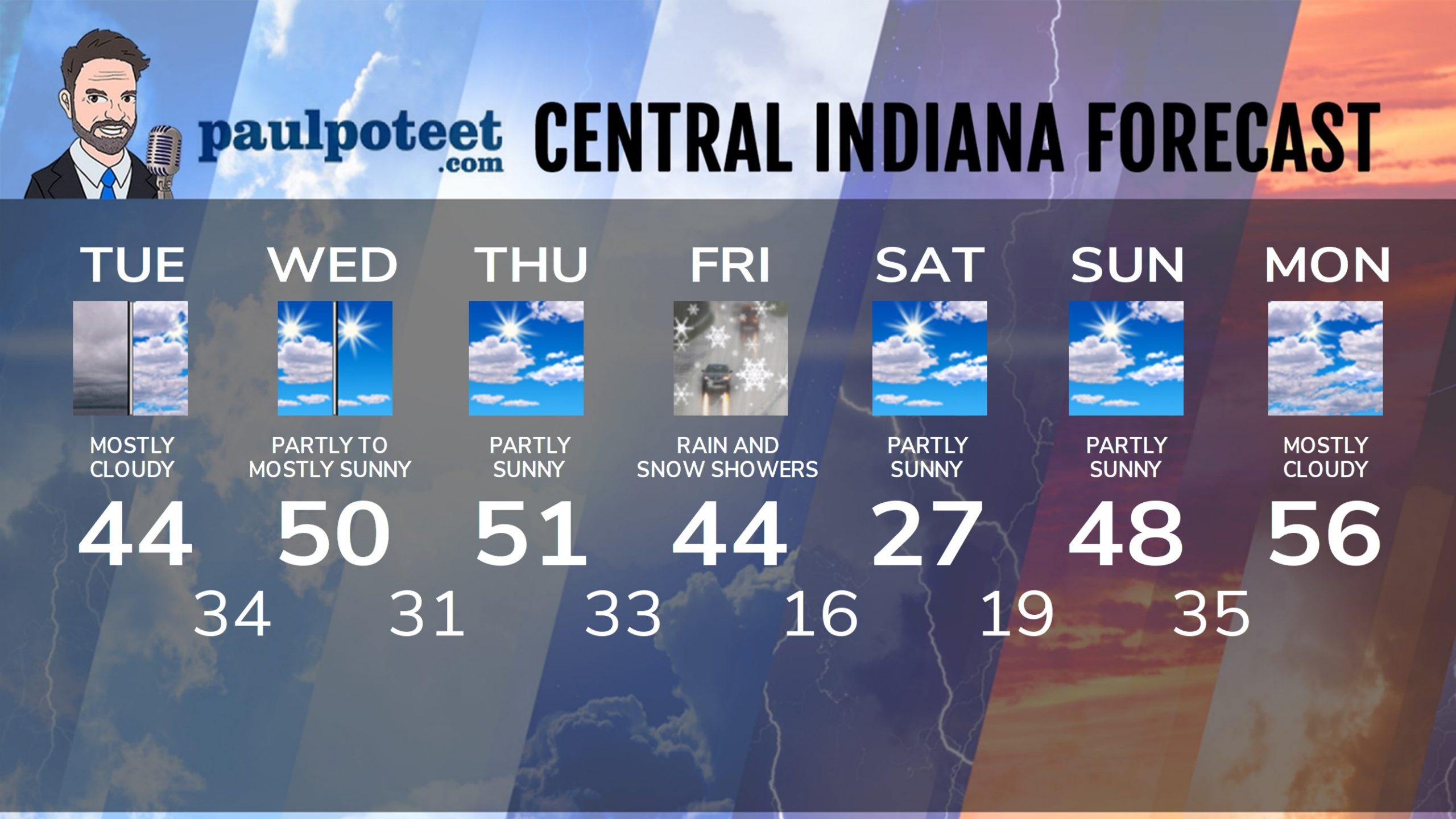