Spotty stuff again this afternoon and evening. One shower parked right over Greater Lafayette yesterday and put *exactly* one inch of rain down in one hour. A steadier rain is possible overnight into early Thursday morning within the southeastern quarter of the state. 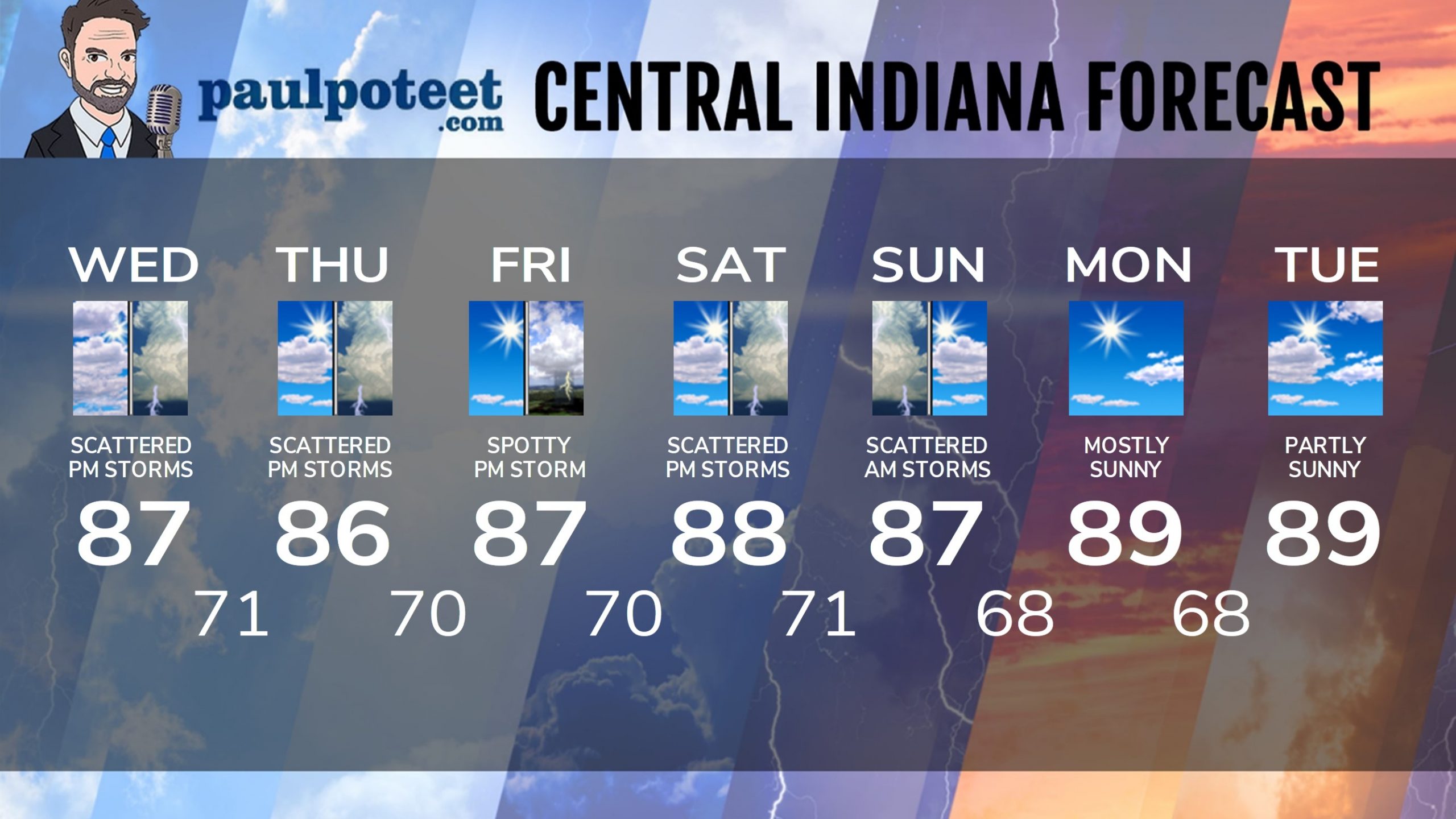