Heading into another mostly-dry weekend…and we could use a little rain. It’s the driest late July-early August stretch in 30 years. There’s been no measurable precipitation this month at Indy, the last time more than 0.10″ fell in a day was July 16th. This chart shows the rainfall deficit over the last two weeks. The browner the color, the drier you are. A few places are not quite-as-bad, such as around Columbus and Rushville, and back around Terre Haute. 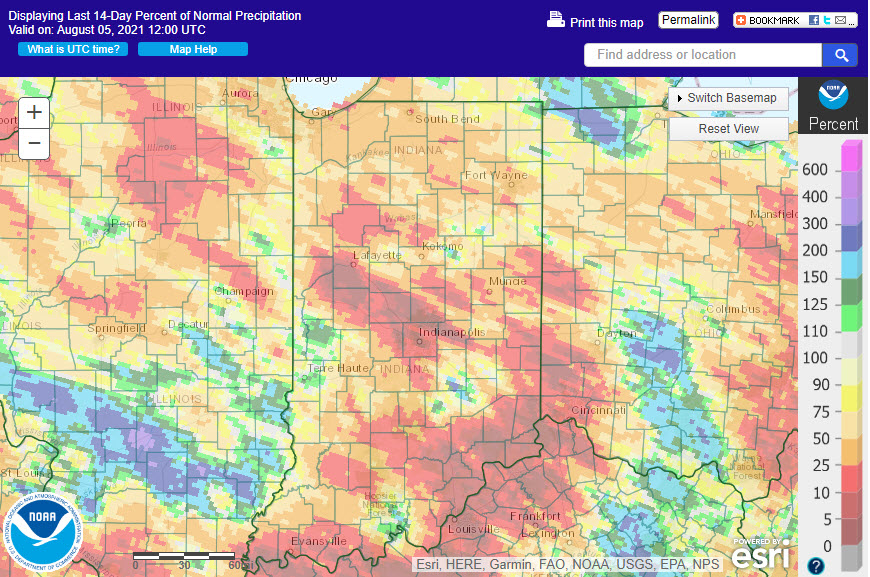 We might see one-tenth to one-third of an inch Saturday, mainly in the north half of Indiana. The best chance comes in the morning, and there’s another slight chance in the afternoon and early evening. There is also a chance of a stray shower or storm around Lafayette Friday afternoon. 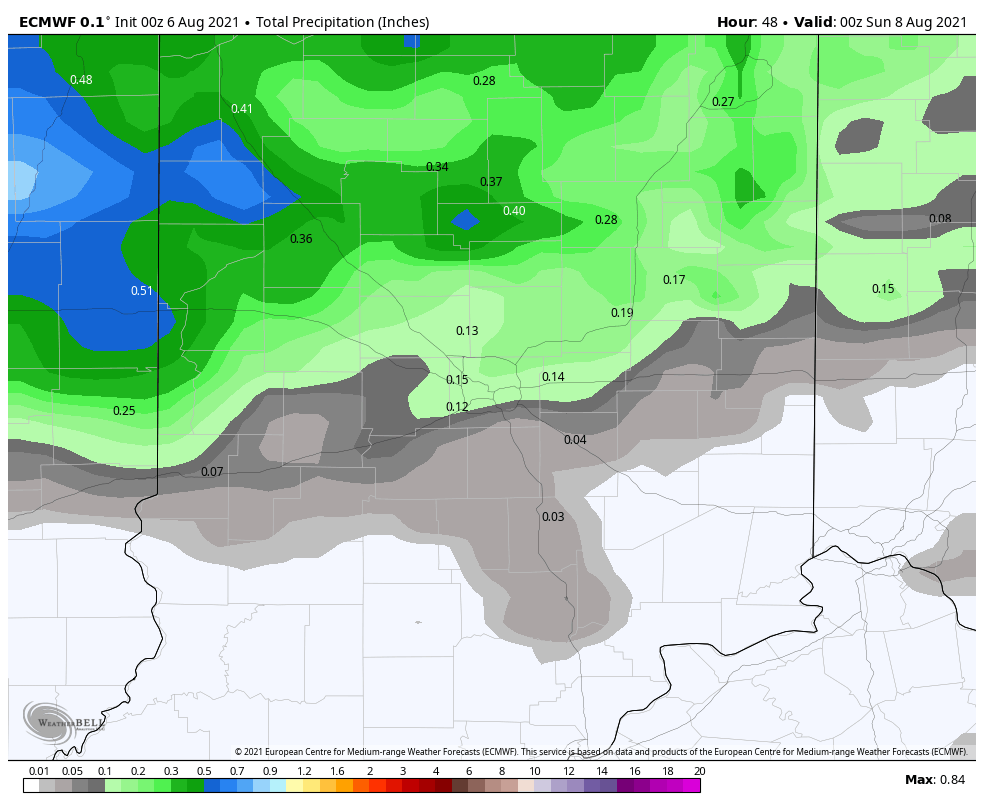 It’s also the coolest start to August in 29 years. Going into the weekend Indy has seen seven consecutive below-average temperature days. That will certainly change this weekend.

Saturday: Partly sunny. Hot and humid. Spotty showers and storms, mainly north of Indy in the morning and again in the later afternoon. High 88. 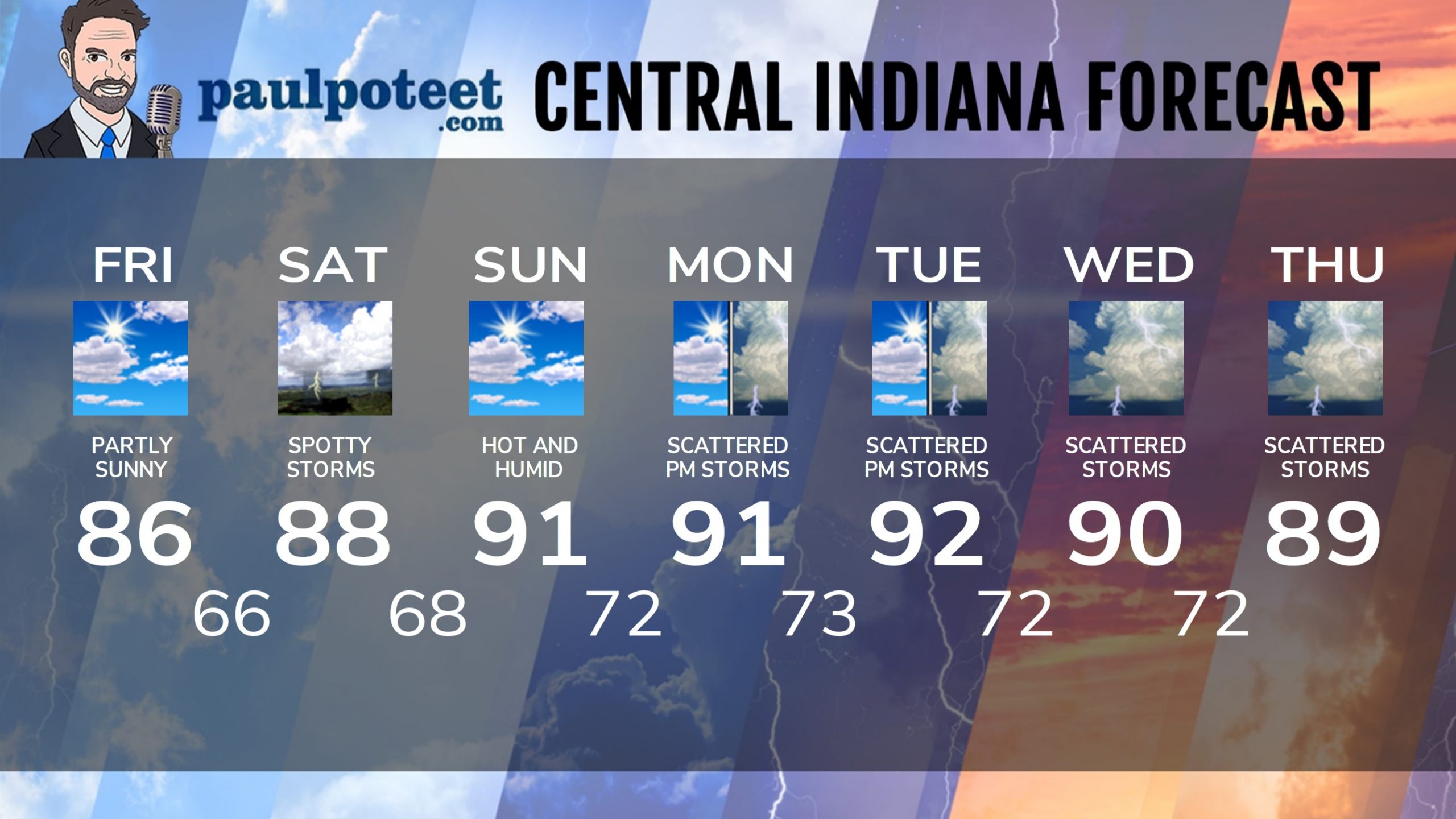