There is an “enhanced” (level three out of five) risk of severe weather south and west of Bloomington tonight. Most of of central Indiana is at level two. (This is the early morning SPC chart. Double check for the latest on My Huge Radar page. 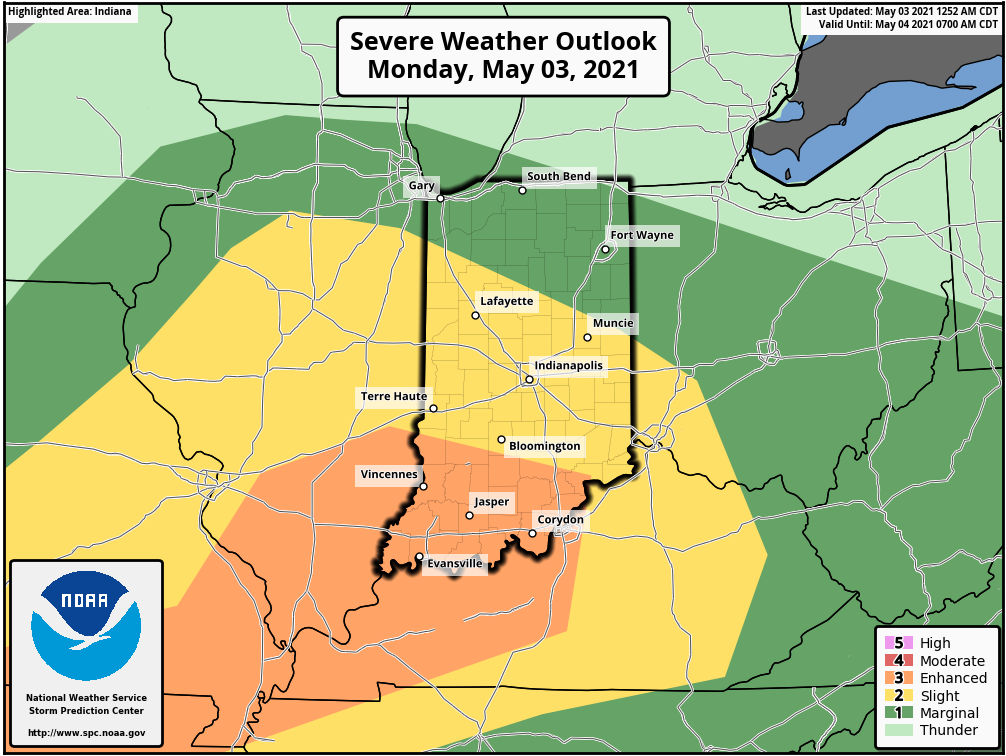 The timing of any severe weather will be late Monday evening into overnight Tuesday. First things first: steady showers will fade by late morning, and there will be some dry hours both today and tomorrow. But be ready to run!

Tonight: Spotty shower or storm in the evening. Showers and storms likely late, with a few severe storms possible. Low 62.

Tuesday: Scattered showers and storms. A few storms could be severe. High 68. 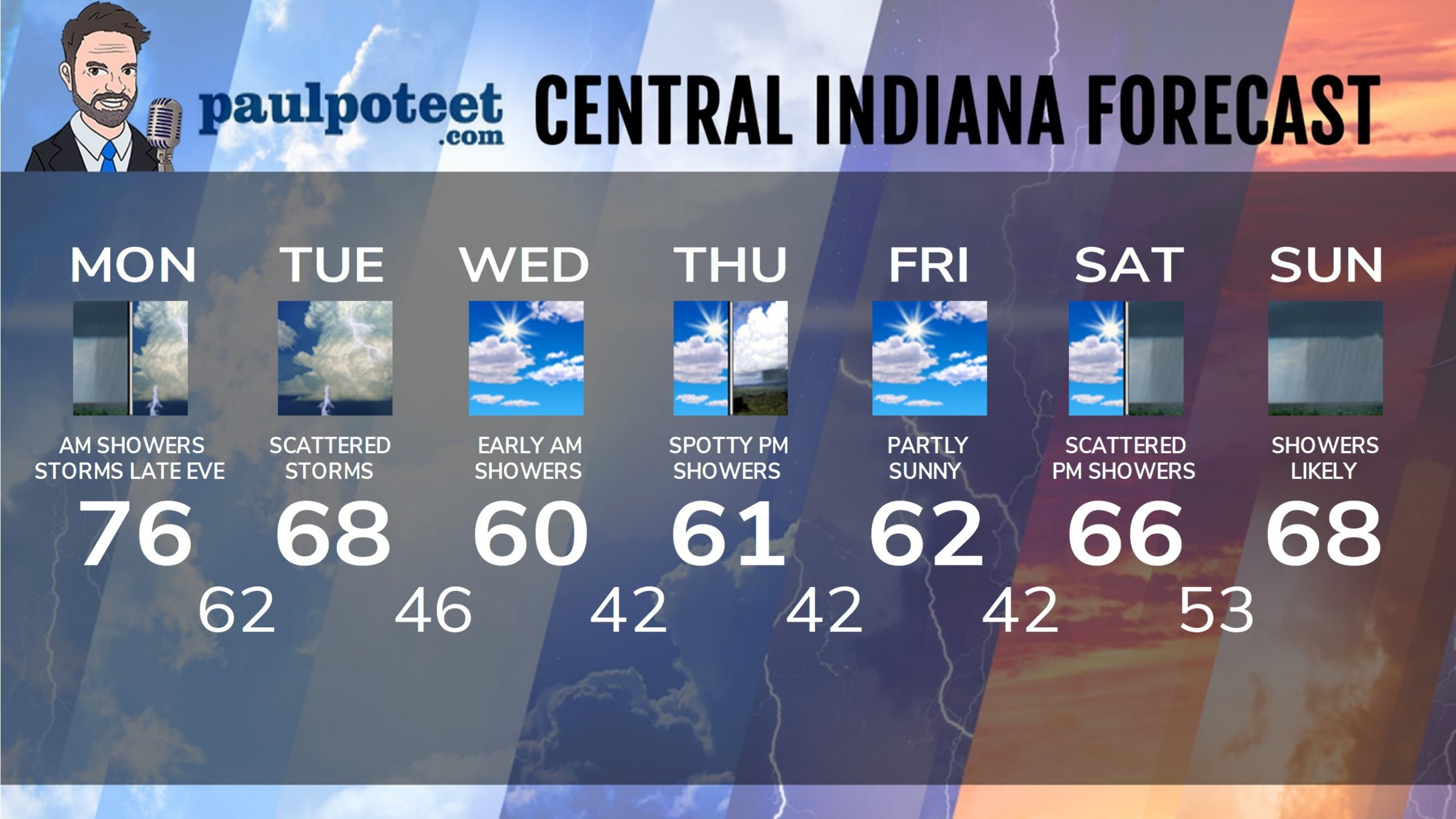