The forecast is for an inch or two of snow tonight (1-3 around Muncie) for most of Central Indiana, but there could actually be more than that—it will just melt quickly. It will be a “wet” snow. 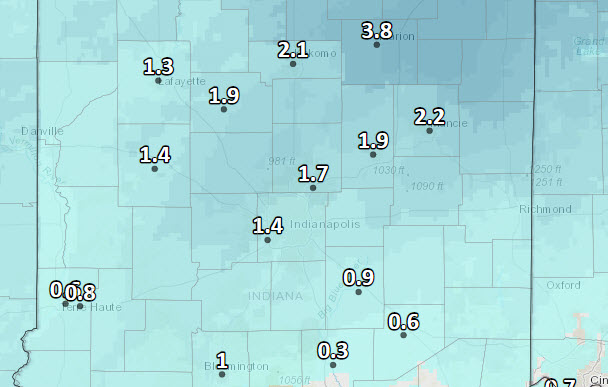 The biggest impact will be visibility from the snowfall. Visibility could fall below one mile in the late afternoon around Lafayette and in the evening elsewhere. The accumulation will end throughout central by about 2am. The main impact Wednesday morning will be wind chills in the low to mid 20s. We will also be close to a record low in Indy. The current record for April 21 is 28, from 1907.

Here’s a snapshot from My Huge Radar of the approaching snow at midday: 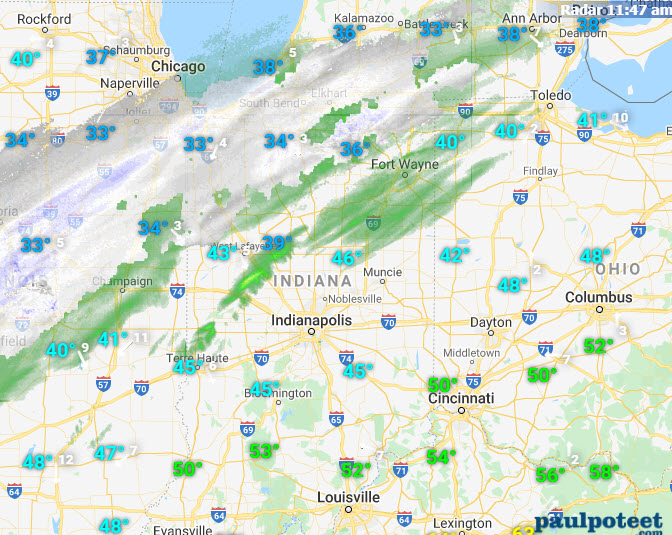 Watch the temps fall mid to late afternoon on the computer modeling:

Perspective on late season snow from the National Weather Service: 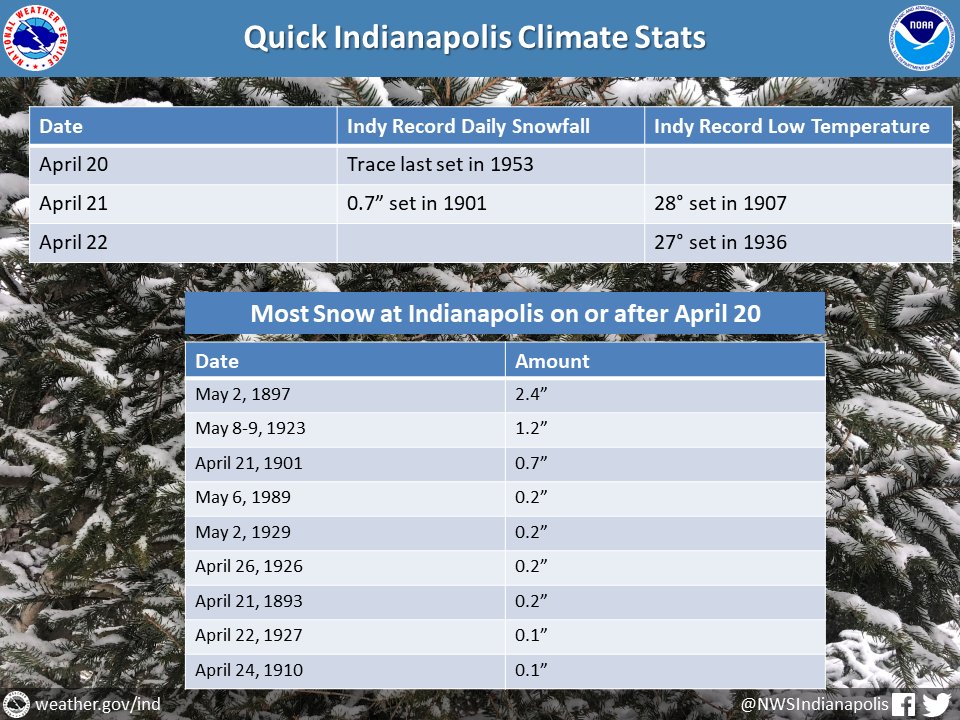 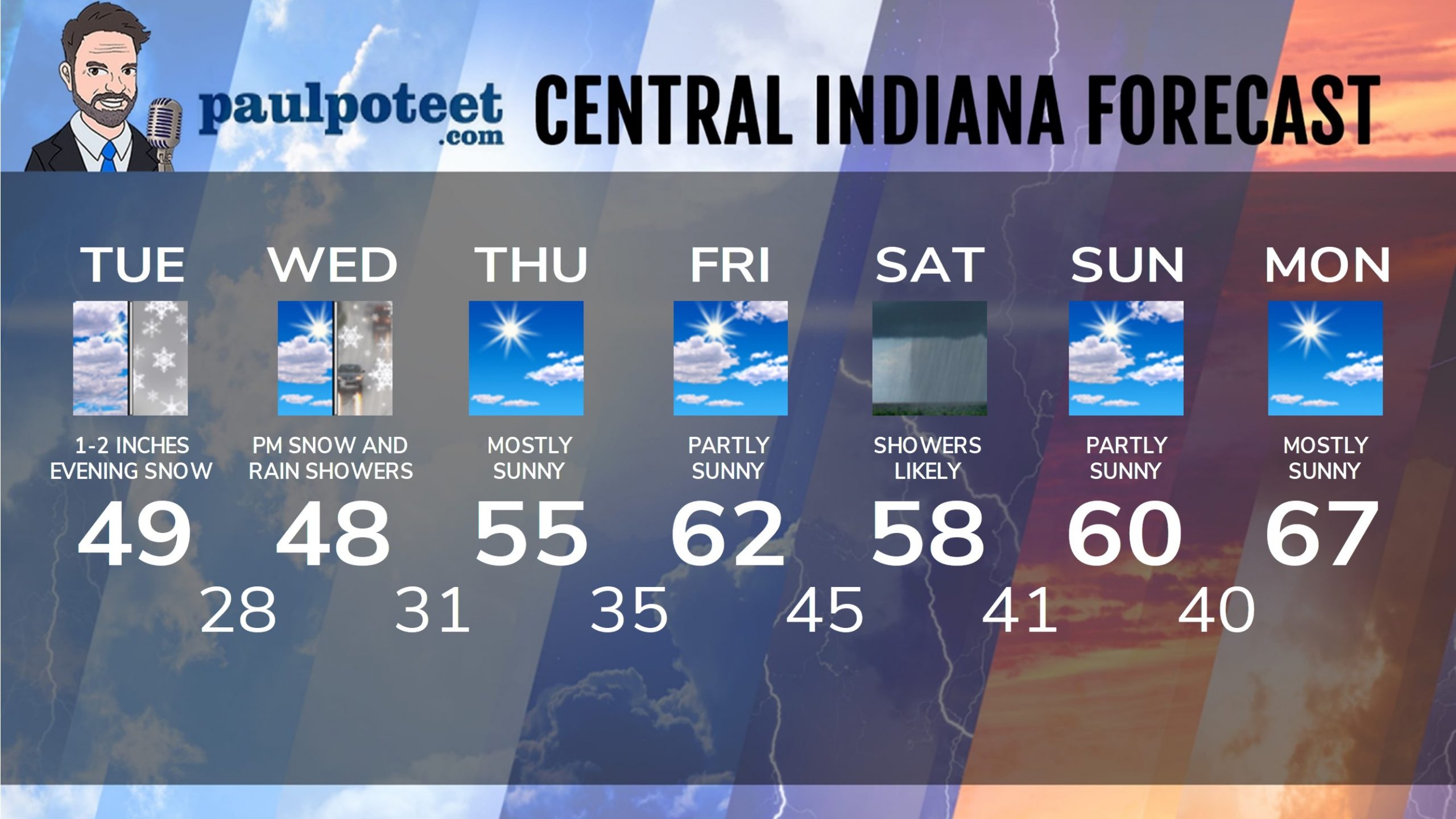