The warmest day of the year is today. Until tomorrow. And then the next day. The top temp heading into today has been 74, and we’ve had it three times over the last week or so, including yesterday.

Big temps from a big ridge above us in the upper air pattern, which will break down by later Wednesday.

This doesn’t look like a heavy rain or big severe event, but it could produce around a third of an inch of precipitation. Some water for that grass you just cut! 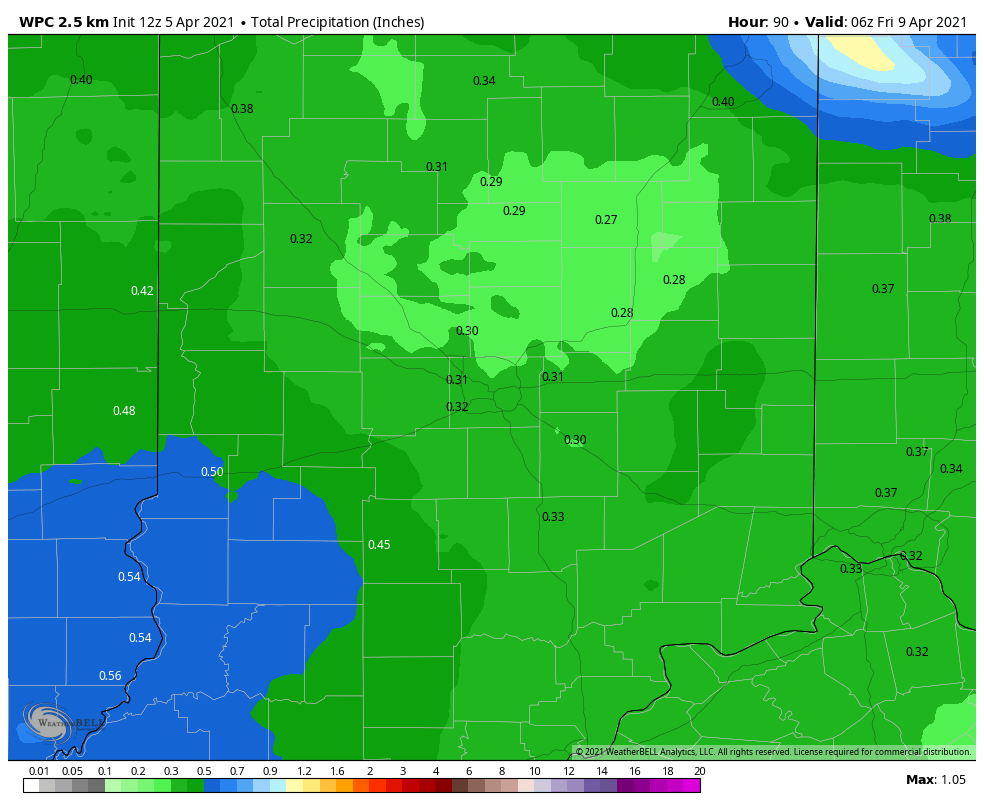 Thursday: Showers and some thunderstorms. High 69. 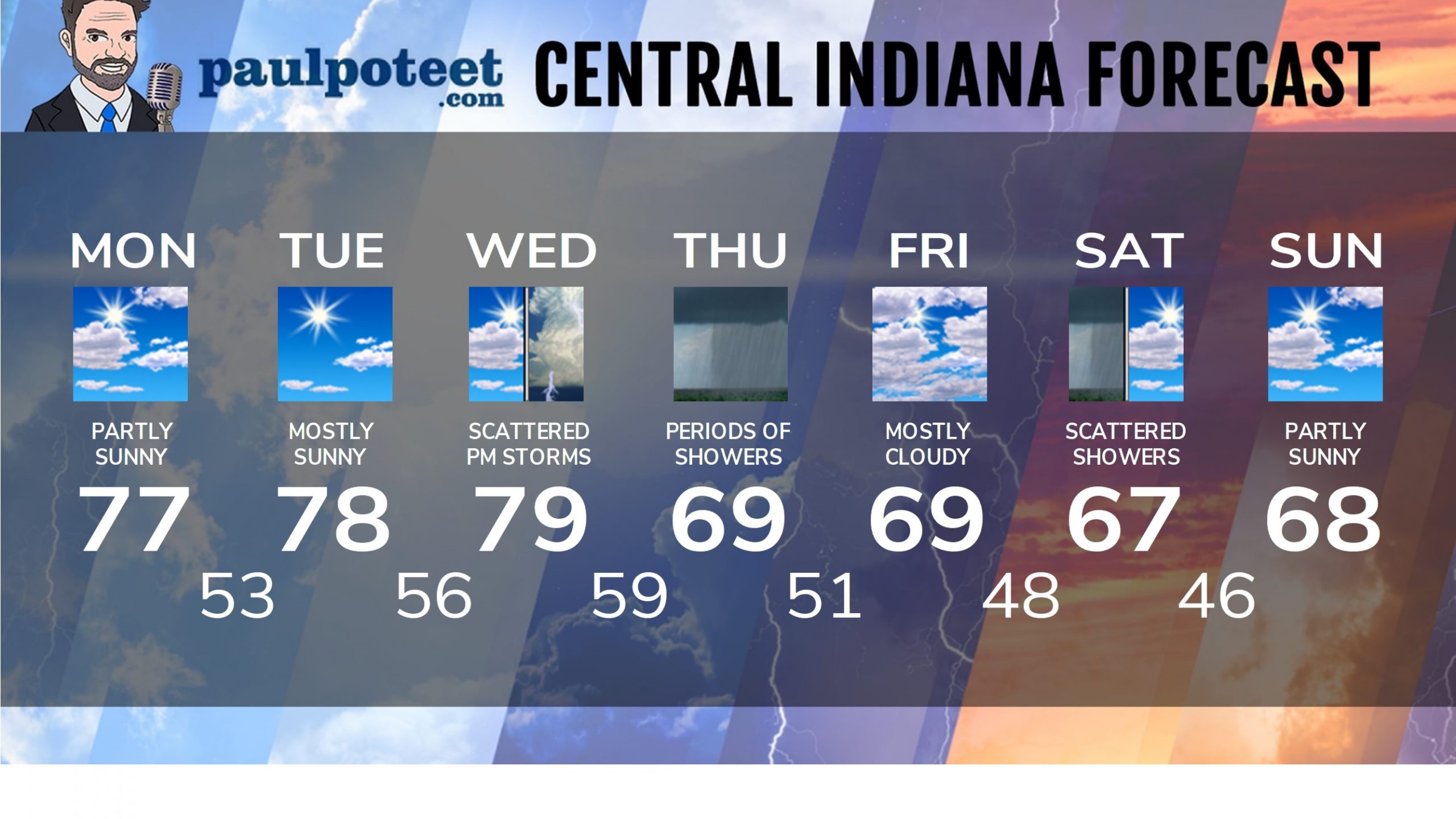