Snow returns this evening to central Indiana, with an inch or two possible to the south and southeast of Indianapolis, where a Winter Weather Advisory is in place. 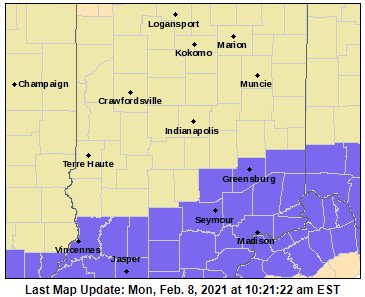 This is likely to be the snowiest week we’ve seen in some time in central Indiana. Here are two raw computer-modeled looks at snowfall (on a simple formula of 10:1 liquid to snow) from Monday through Thursday. 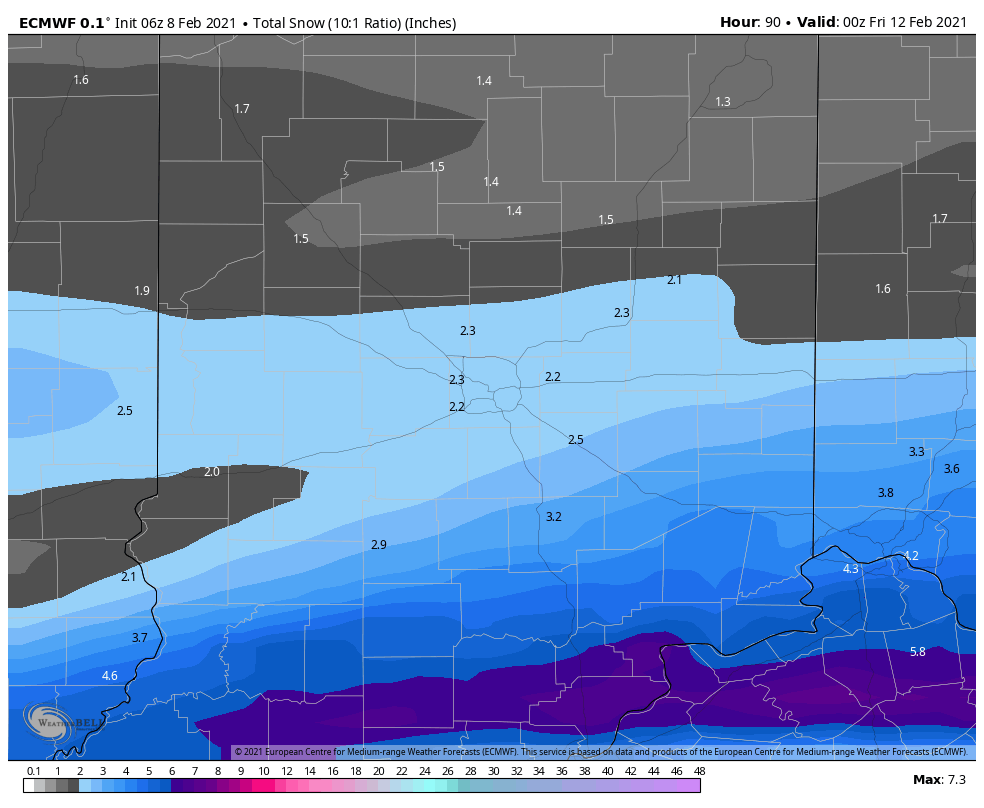 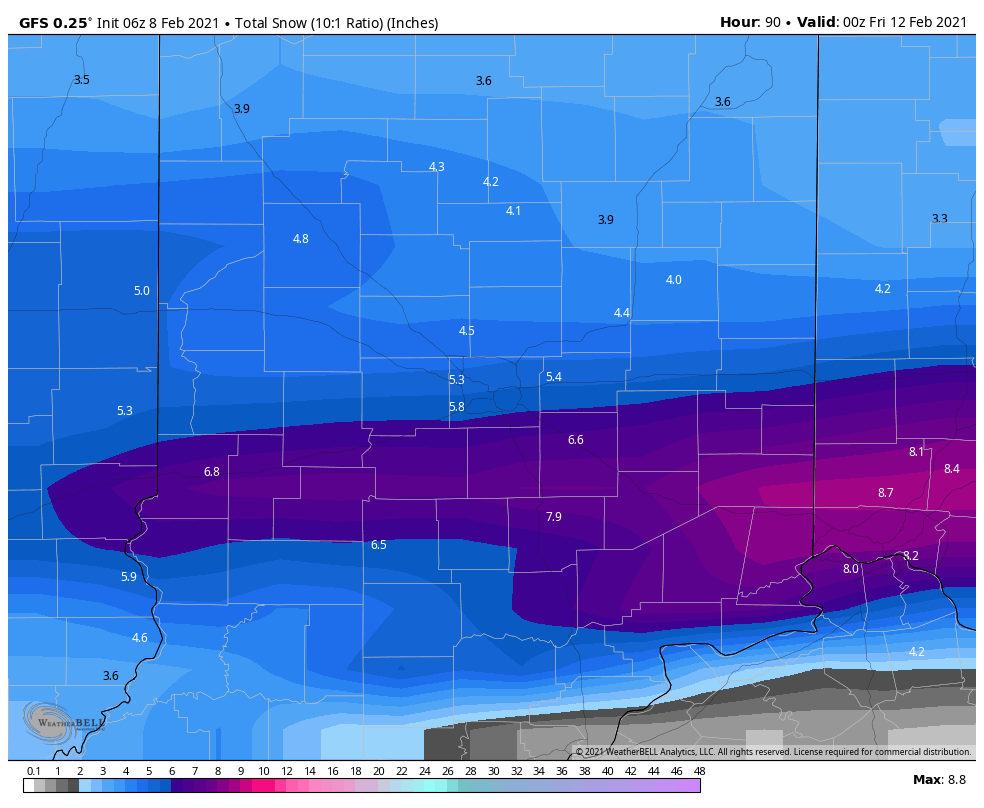 Cold air stays all week, with wind chills in the single digits and teens. Saturday morning’s low of 0 in Indy was the lowest low since January 31, 2019. The low was -3 in Lafayette, 1 in Muncie, 3 in Terre Haute, and 4 in Bloomington.

Tonight: Snow showers, accumulating around an inch by morning. An inch or two south and southeast of Indianapolis. Low 18. 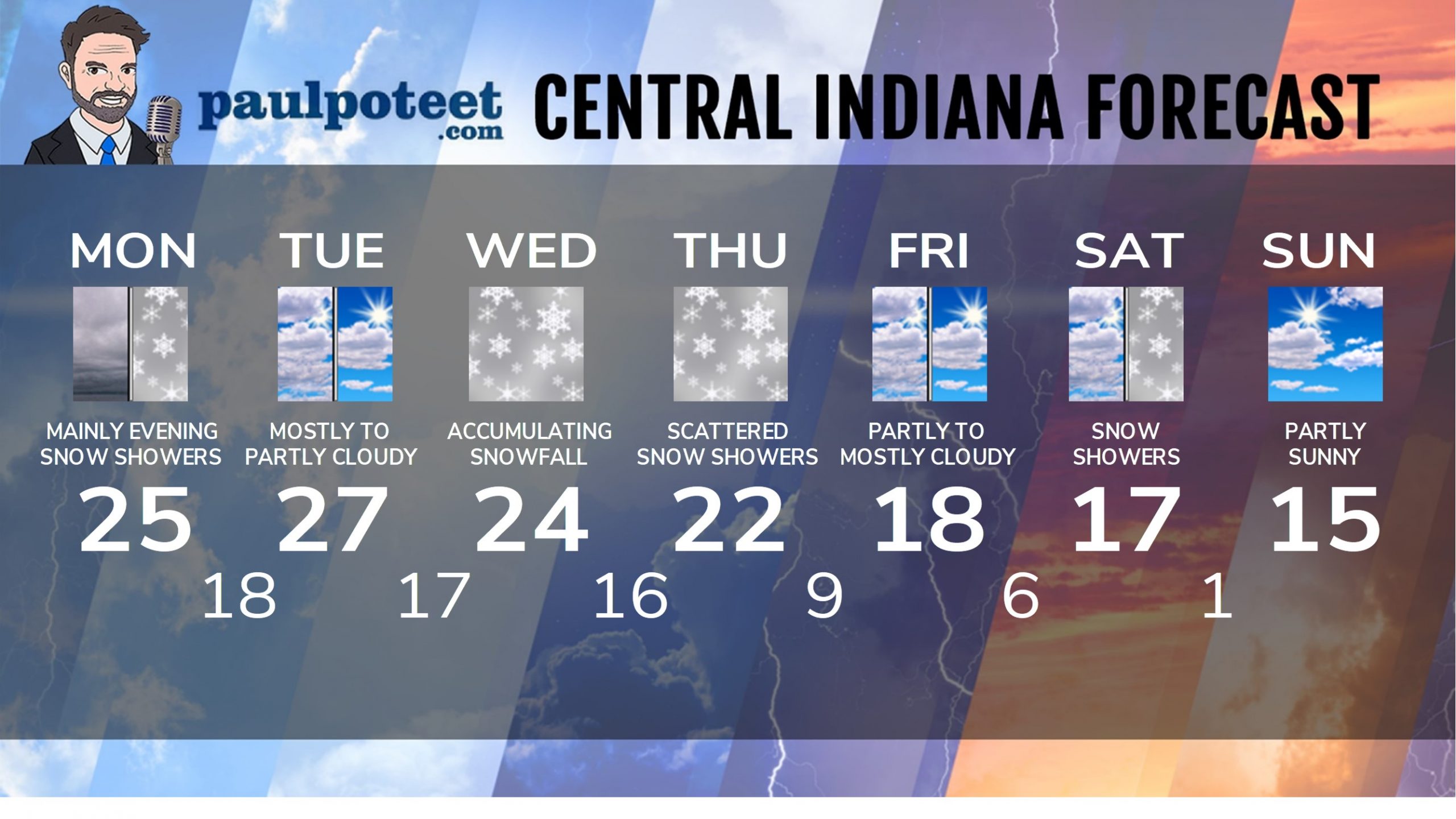