The coldest air of the season is waiting in the weekend wings for central Indiana. Below is the chart showing “feels-like” temperature on Sunday afternoon. (During the second or third hour of the six hour pre-game show.) 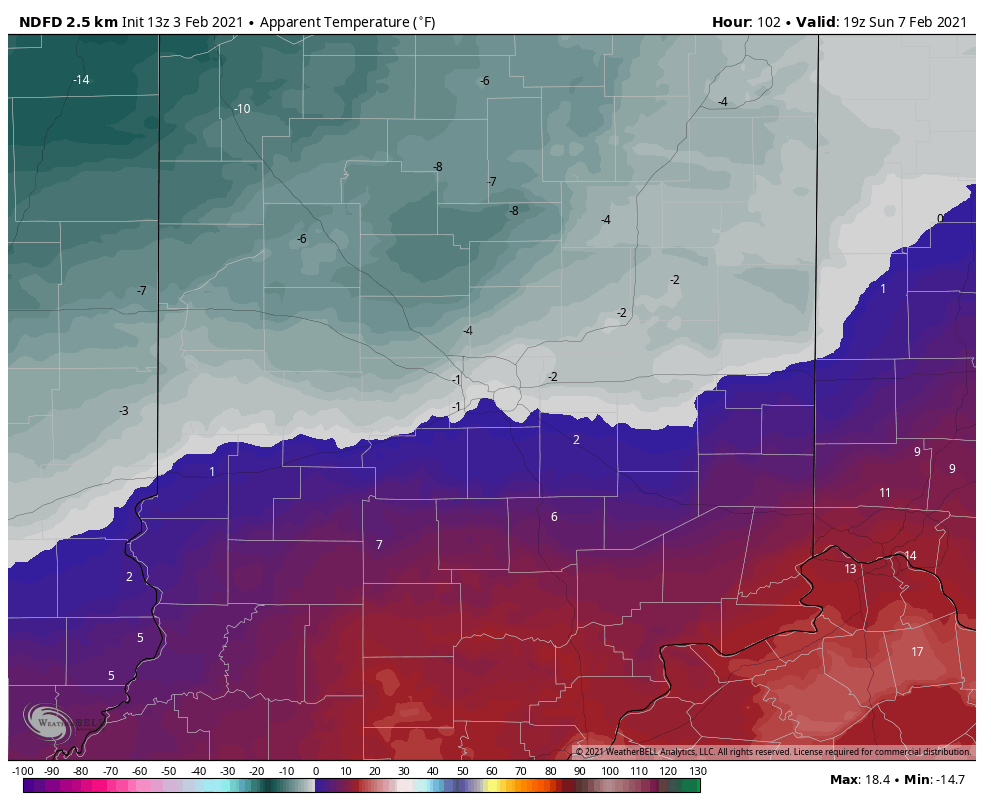 The actual air temperature Monday morning will fall below zero in the northern half of the state. 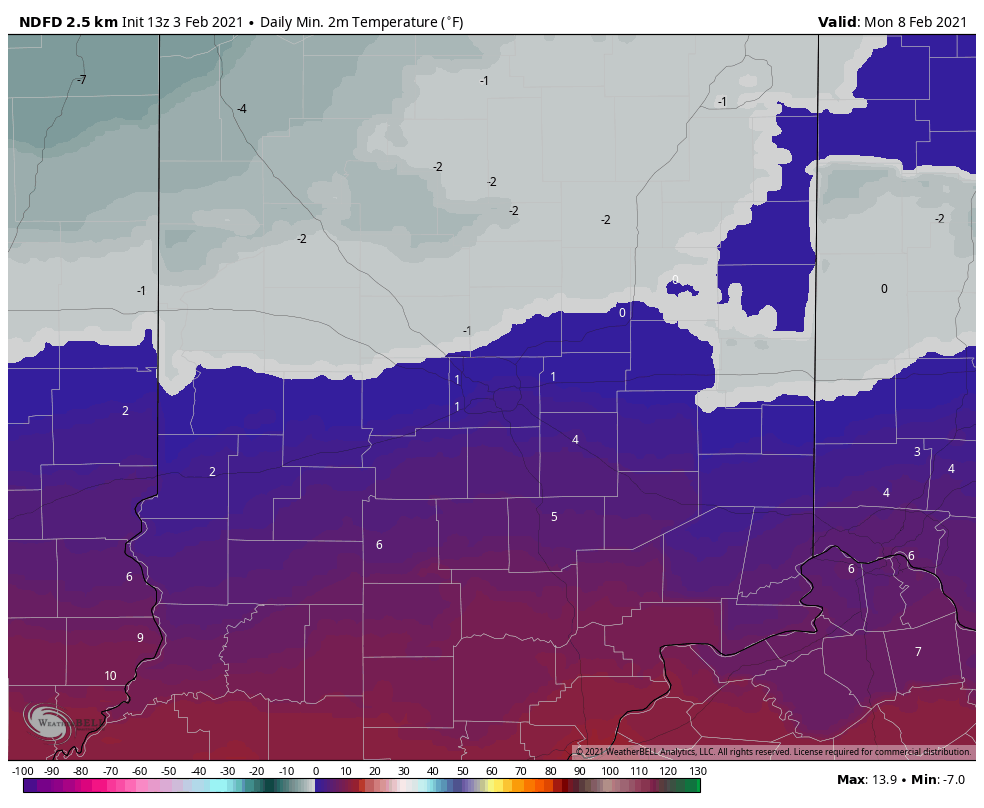 Tomorrow’s weathermaker is centered well north of the area, so it’s mainly a rain thing for us.

We still could see small snow amounts of snow Thursday night as cooler air (the first of a couple cold shots in a row) arrives. 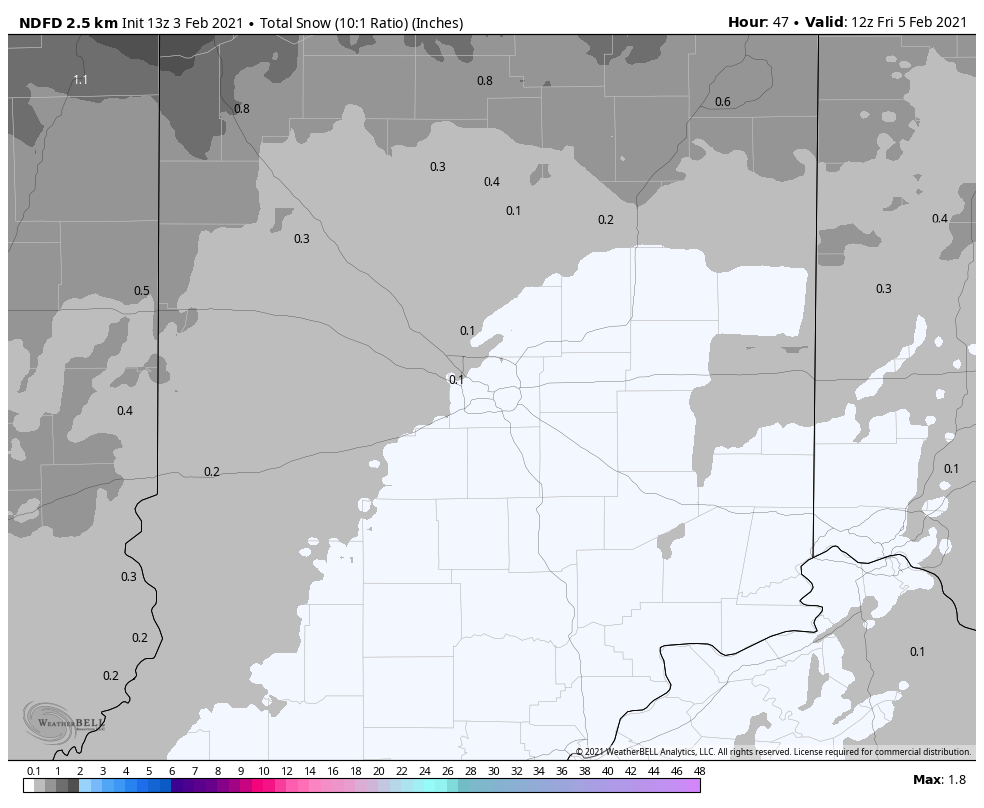 Friday: Mostly cloudy with a few flurries in the morning. Partly sunny in the afternoon. Wind gusting to 35 mph. High 28.

Saturday Night: Snow in the evening. An inch or two of accumulation. Low 6. 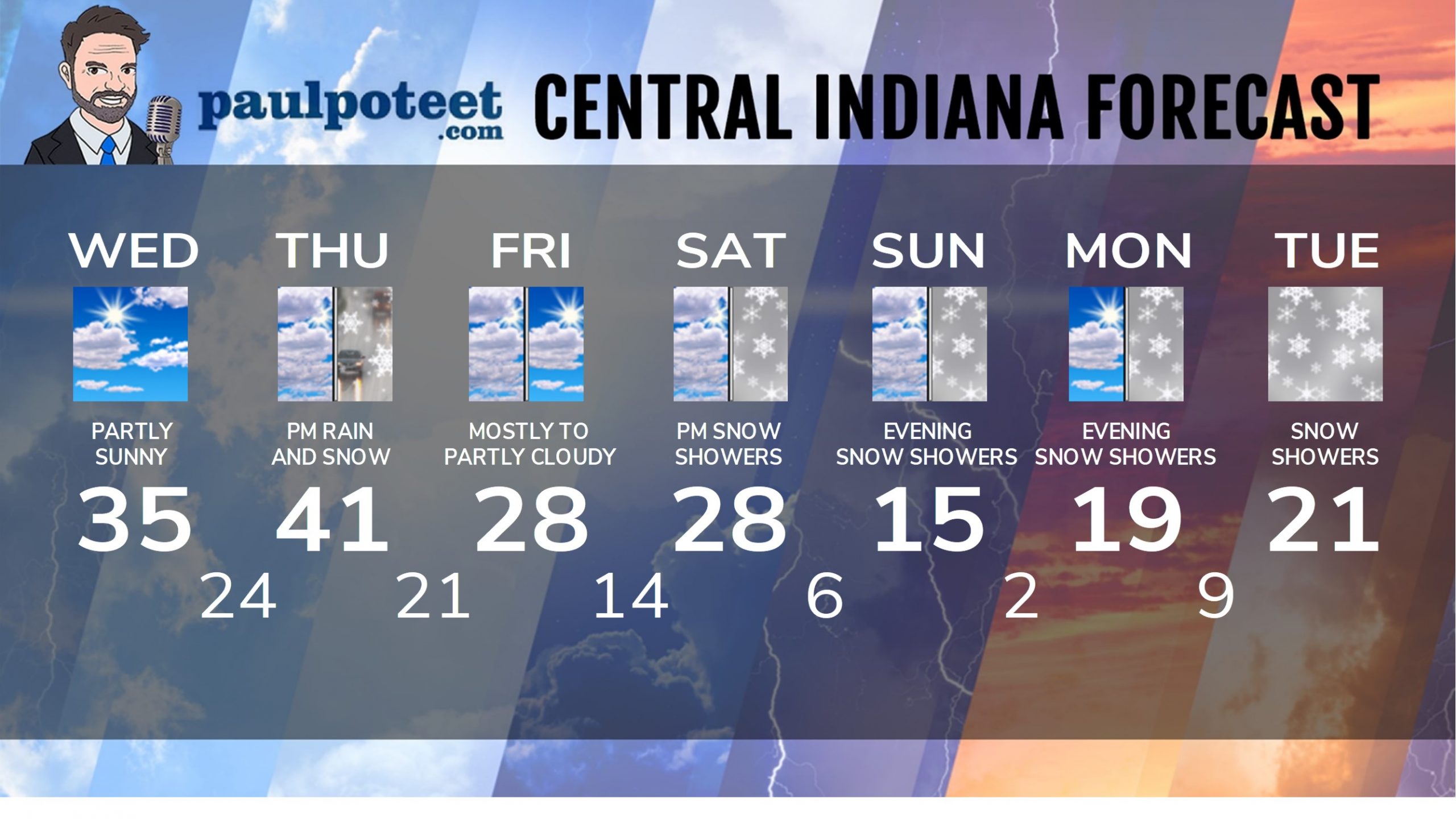