This is the anniversary of the coldest temperature recorded in Indianapolis. It was January 19, 1994, when the Indy Airport temp dropped to -27°F! Today’s low was 21. A difference of 48 degrees!

The low in Lafayette was 19. Today’s low in Kokomo was 18. It was 22 in Muncie, and 24 with some fresh snow cover around Bloomington.

This particular months is 4.1 degrees warmer than average so far in Indy. We are two inches below average on January snow, so far. 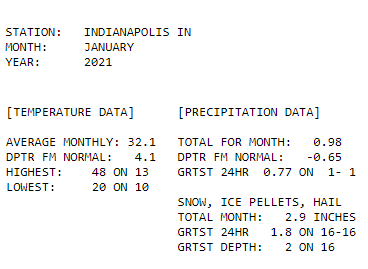 No big chances to catch up in the next five days. We will see a decent amount of precipitation Sunday night through next Tuesday, although the precipitation type is still in question.

INDY SEVEN DAY FORECAST
Today: Mostly sunny. Afternoon wind gusts to 20 mph. Chills in the upper teens early in the morning, then in the 20s. High 36. 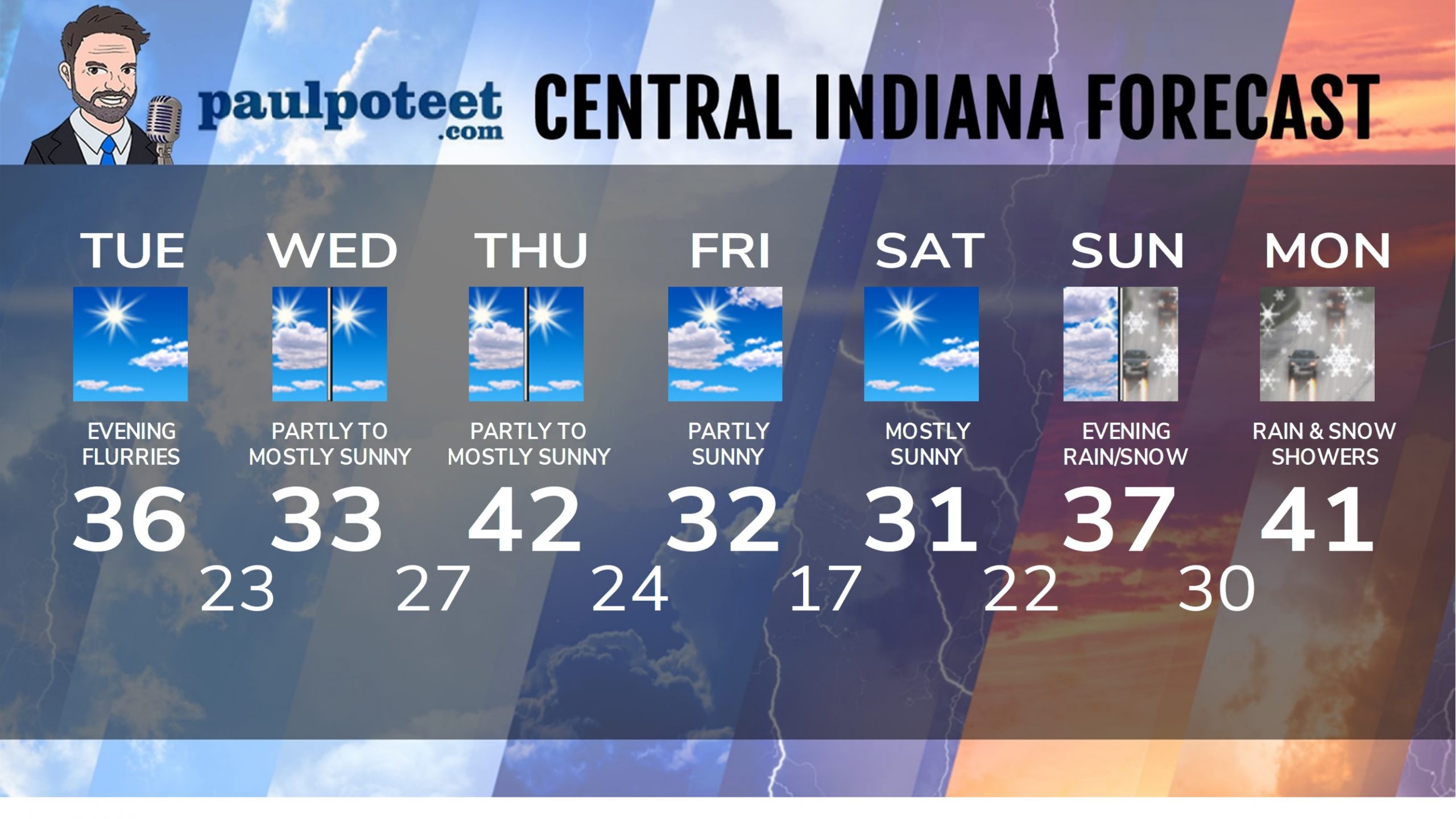