Another dreary day in central Indiana, with a few sprinkles possible, and scattered showers later in the day. The best chances arrive between 6pm and midnight. Amounts will generally be between a quarter and a half of an inch.

Meet ZETA. The tropical system is the 27th named storm of the season. It brings heavy rain and damaging winds once again to the Gulf Coast. It’s set to make landfall in the U.S. by Wednesday, probably as a tropical storm or category 1 hurricane. For us: rain, perhaps heavy, Thursday.

An inch or two of rain is possible through Thursday. Indy is an inch and a half behind for the month, and we just might catch up. 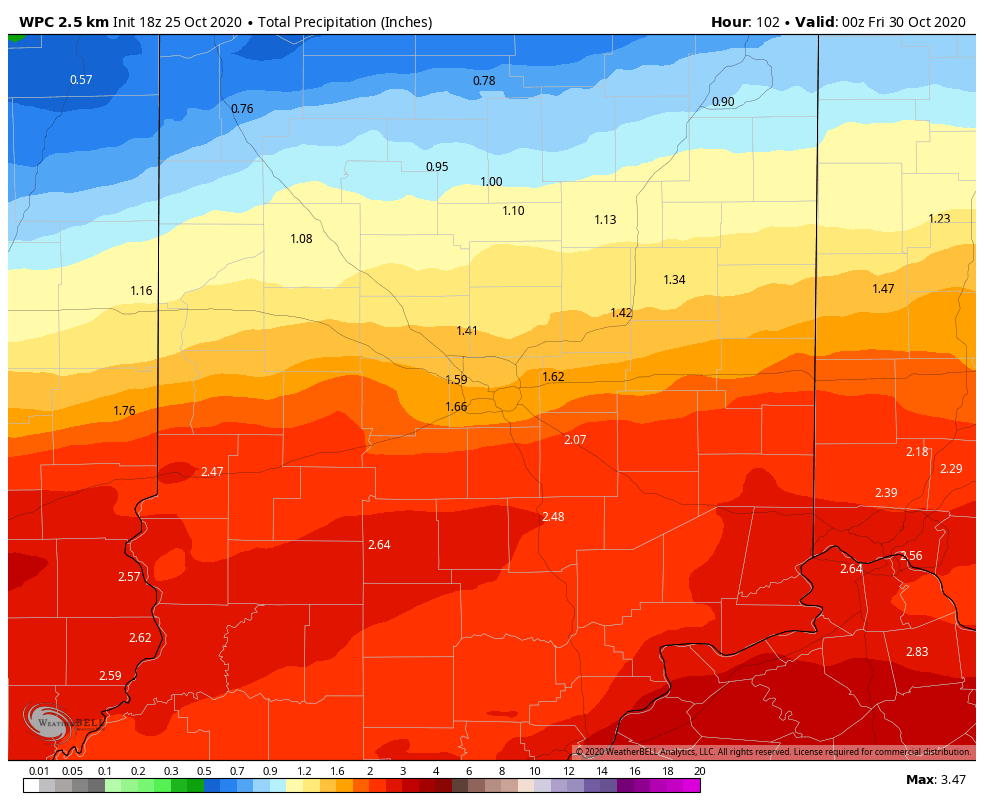 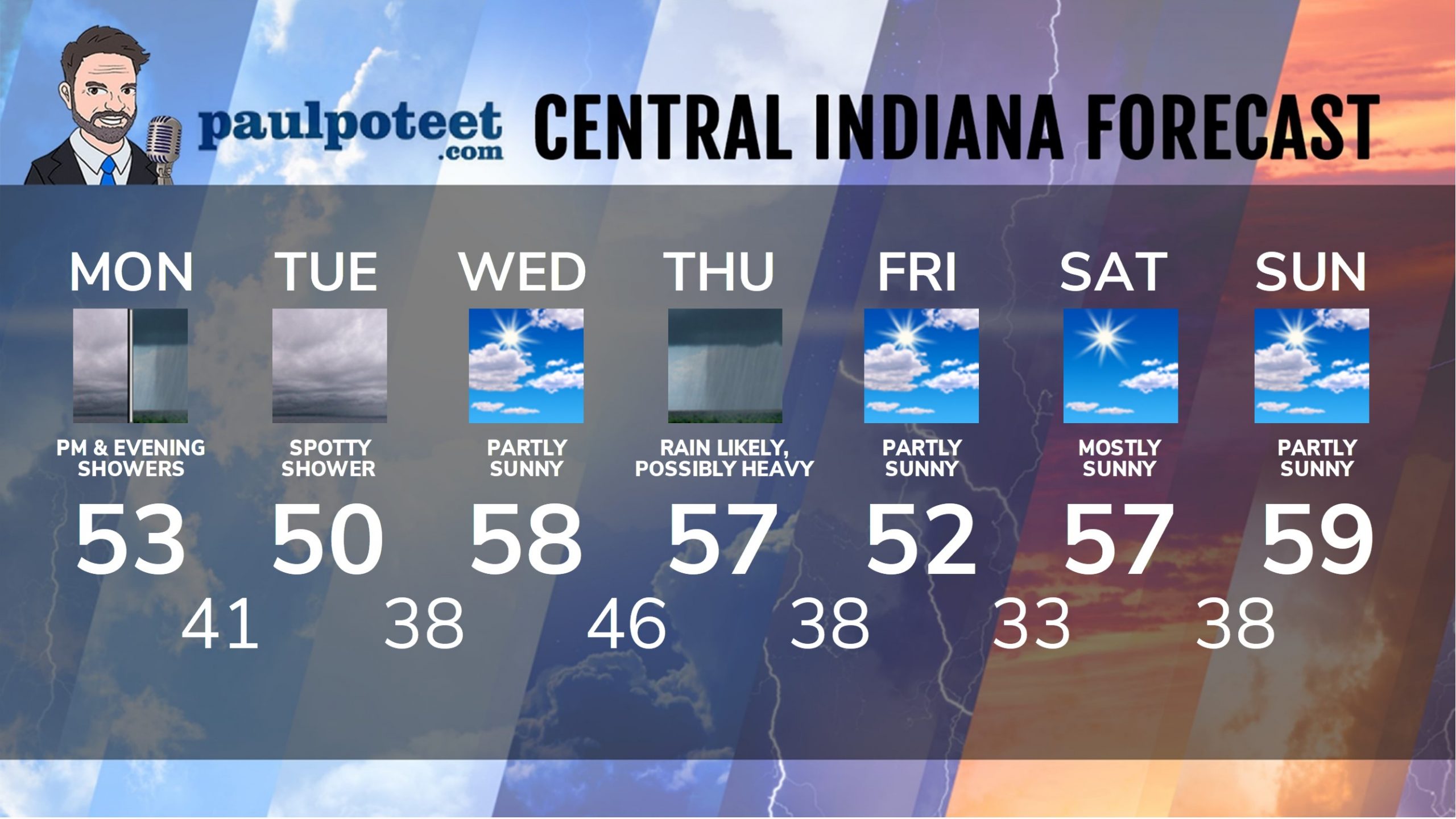