There’s been more rain in a single day today in Indy than there’s been since August 18. Two months and a day since we soaked in something like this. 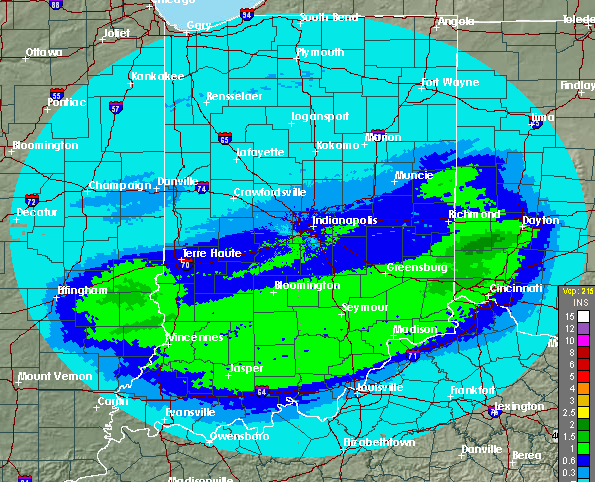 We are whittling down the October rain deficit that existed going into Monday. 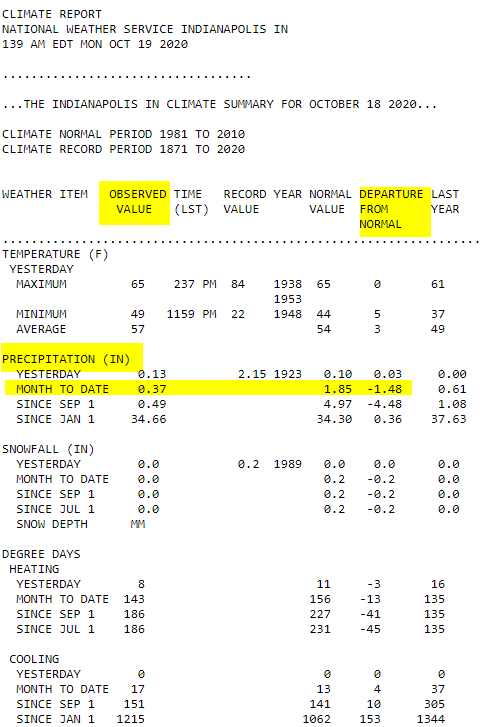 INDY SEVEN DAY FORECAST
Today: Rain in the morning and showers in the afternoon. High 52. 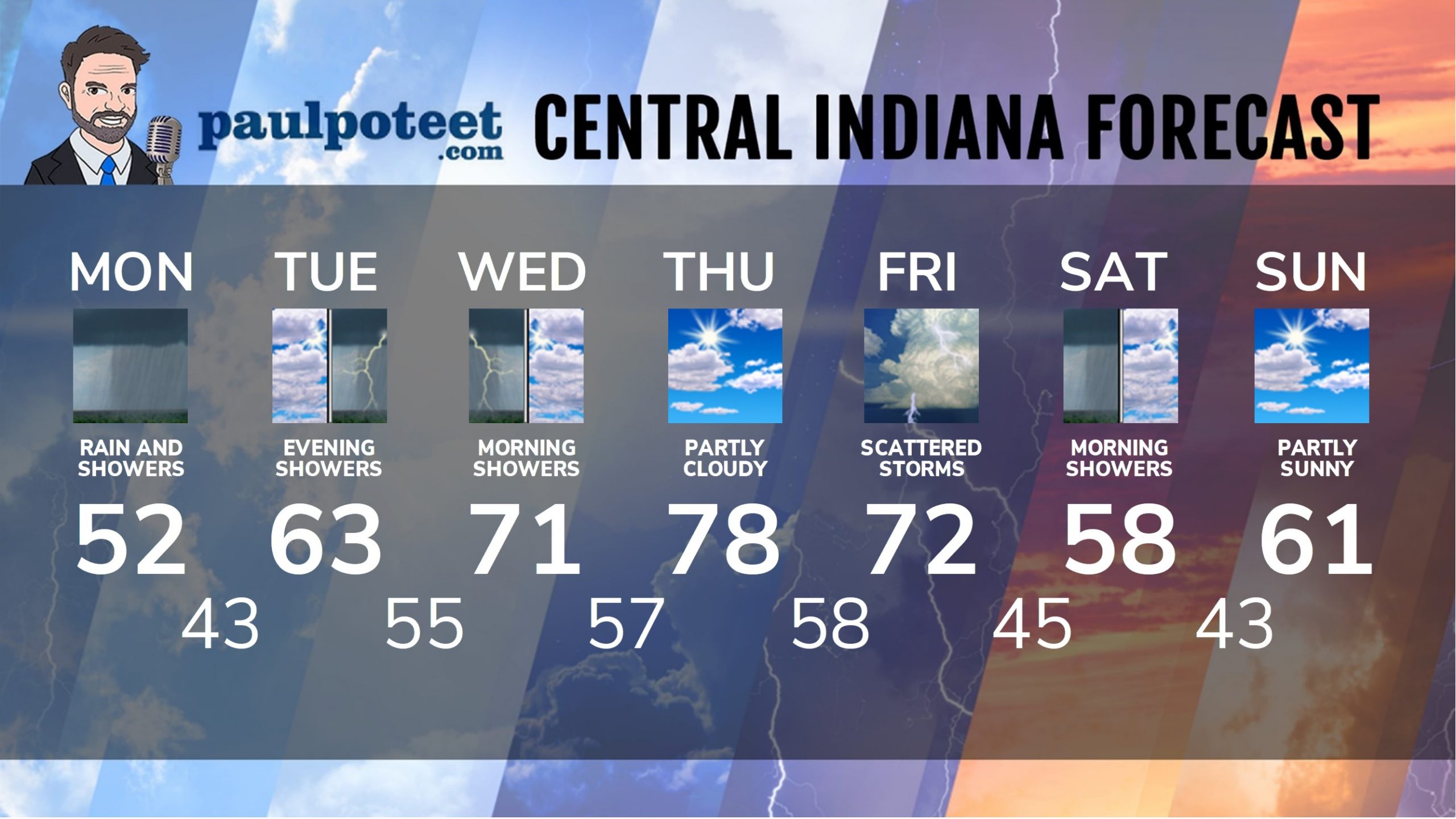