Frosty mornings Friday and Saturday, with the coolest temperatures of the season so far.

High pressure is large and in charge over the southern Plains sending a light westerly wind over the state Friday.

It moves to the east Saturday, changing the wind back to a more southerly direction, helping to send highs back in the 60s.

Our next chance of precipitation comes with a cold front Sunday afternoon and evening. It’s the first of several chances, which could bring a total of around a half inch of precipitation over through next Thursday. (Graphic via WeatherBELL.) 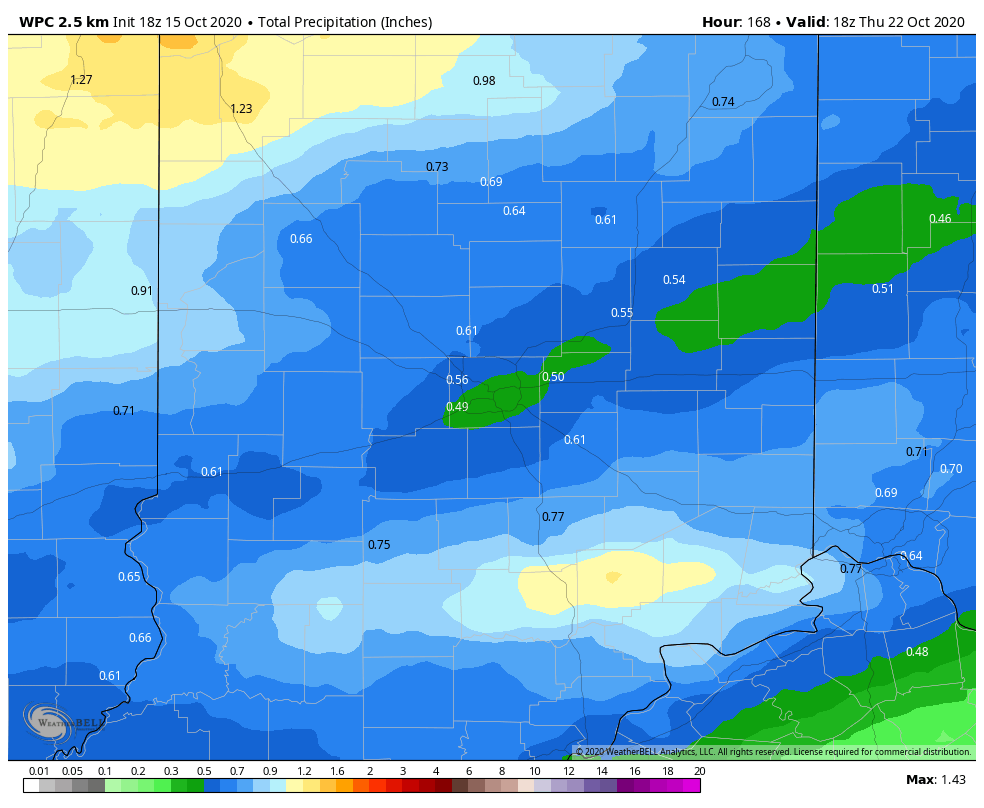 We need every drop, as confirmed by the latest Drought Monitor. 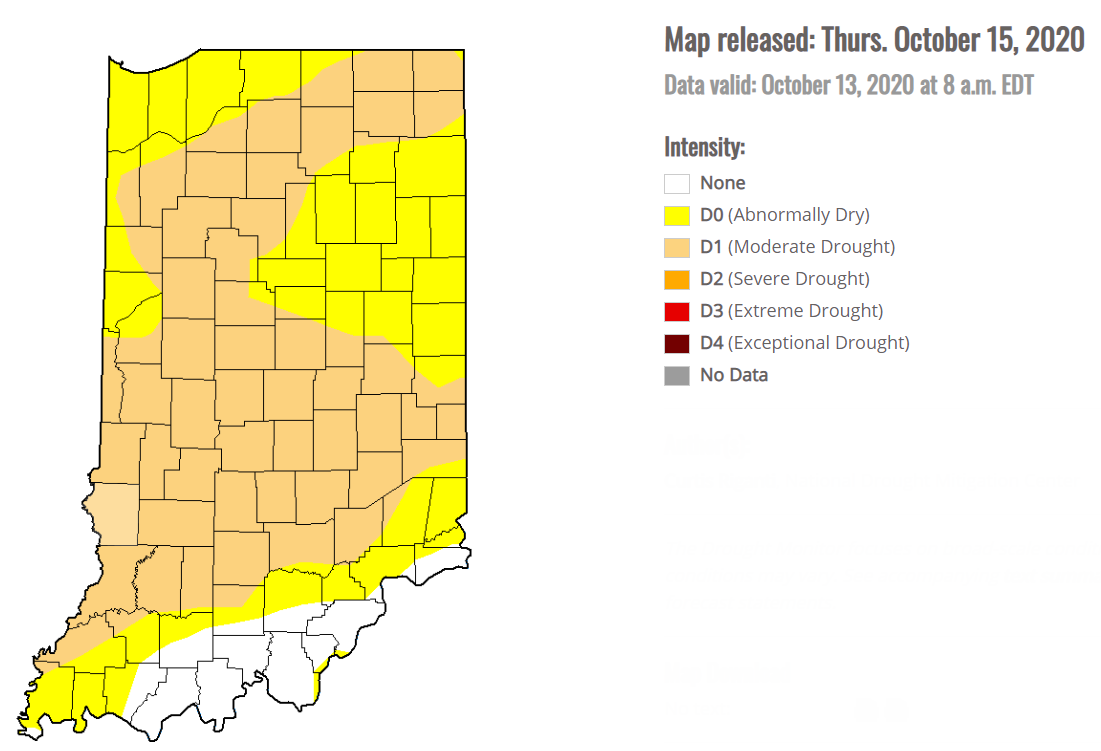 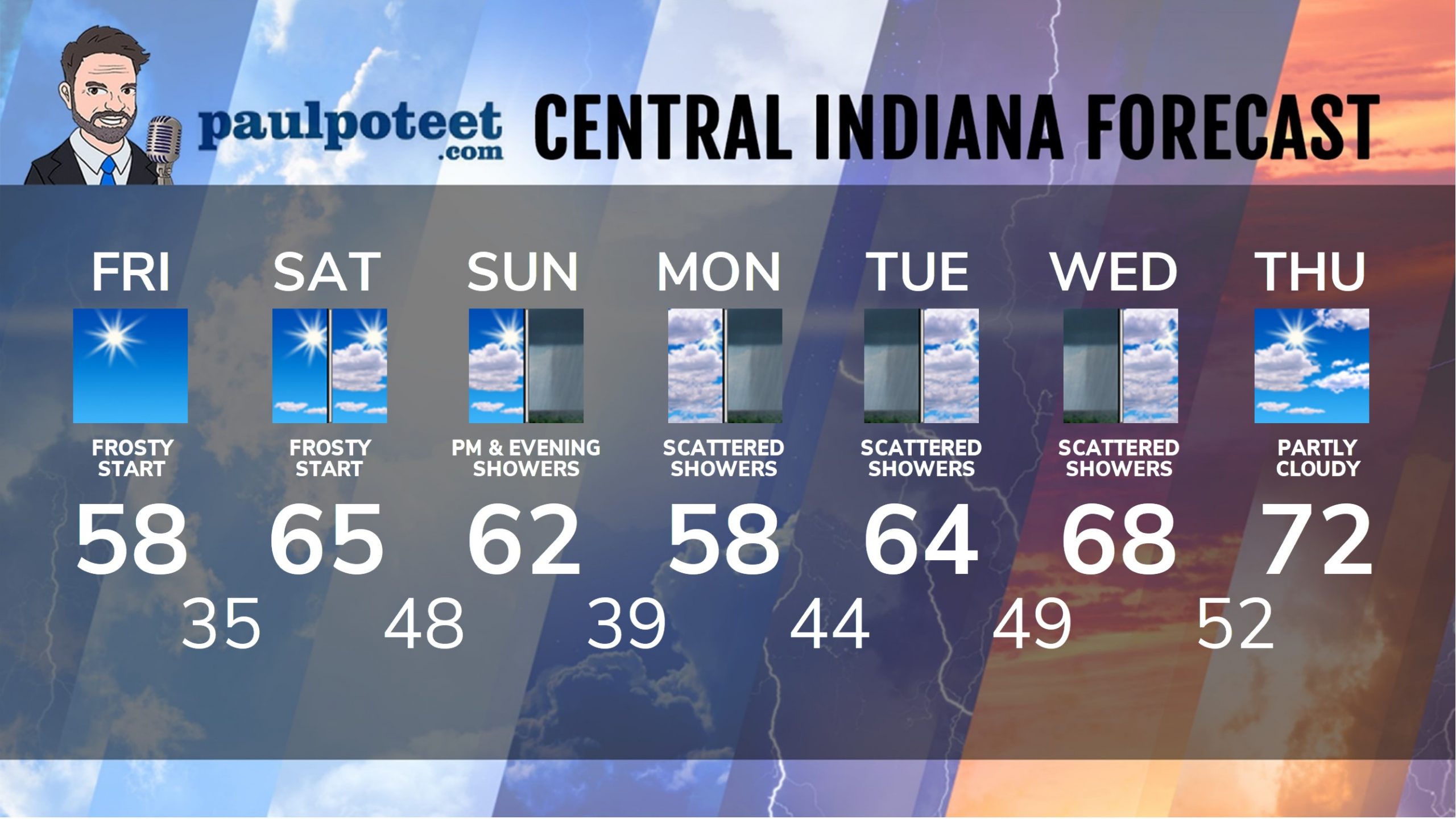