Precipitation peaked yesterday in central Indiana. A hot lid is about to close on us for at least a week. Those slow-moving rainers Tuesday soaked some spots with more than an inch, and in the last few days *most* locations have seen cumulative totals exceeding an inch. 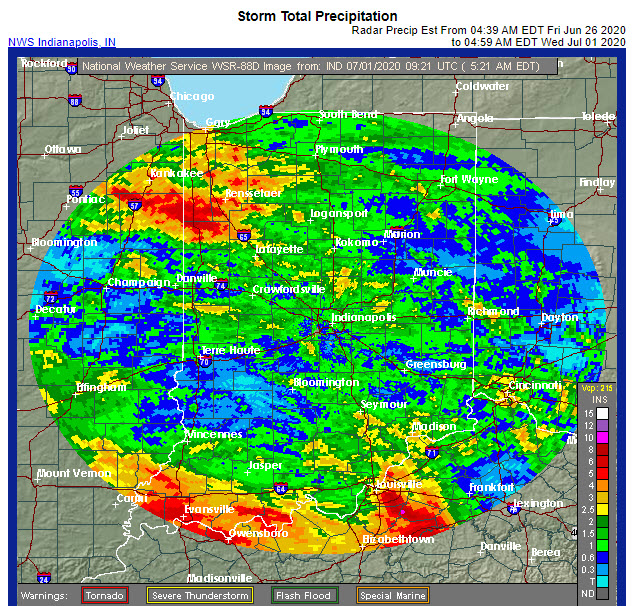 Over the next seven days it is an entirely different (steamy) story. It’s easy to visualize that aforementioned dome of heat from this chart.

There was 1.17″ of rain Tuesday in Indy, which means we finished the month slightly above average on precipitation, with 4.44 inches.

June’s temperatures were a little above average, breaking a streak of a couple months below average. 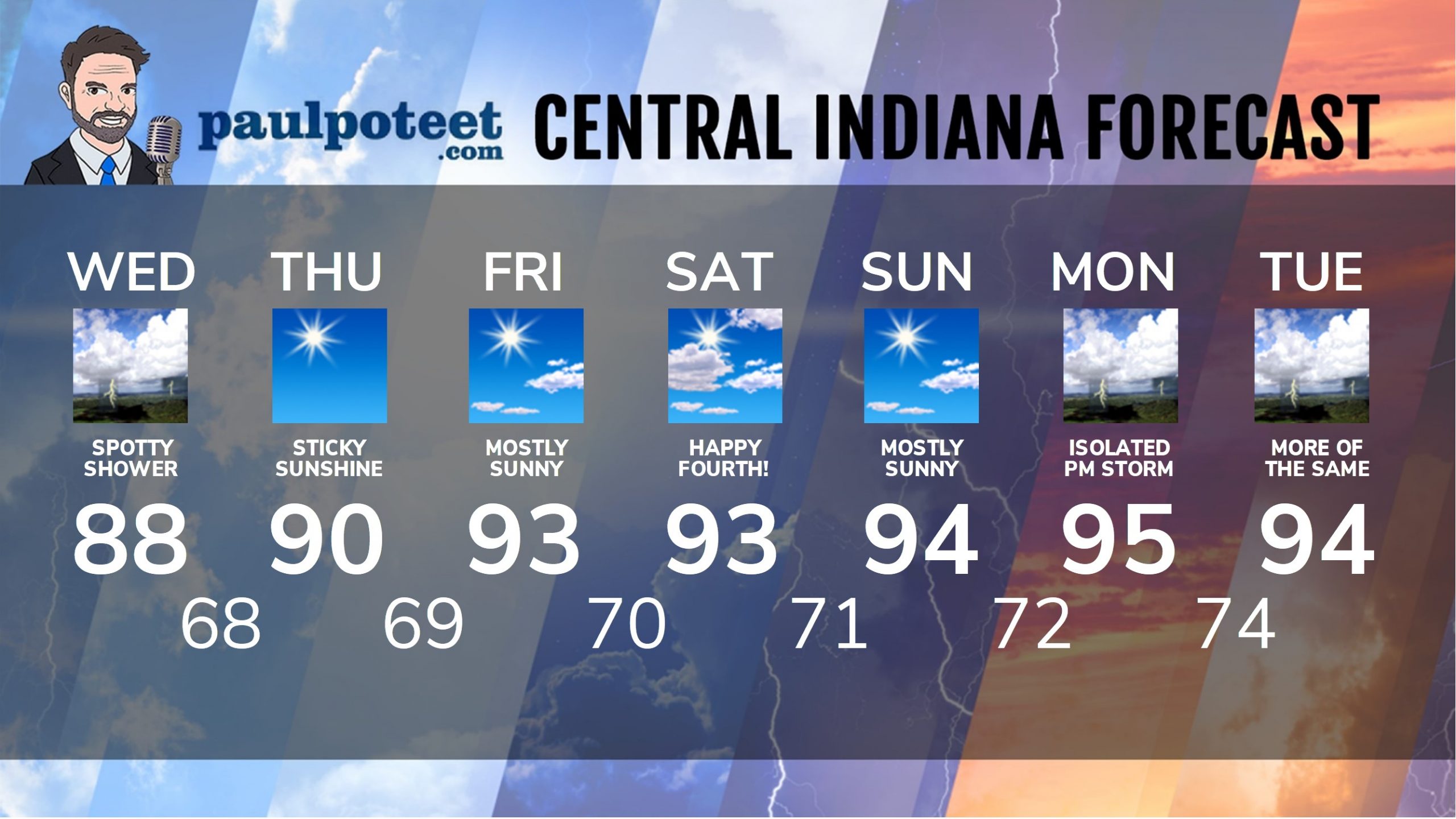