The first weekend of Summer (5:43pm Saturday) brings the heat. And the humidity. It’s been a relatively pleasant stretch for everyone except everyone trying to grow something. The last measurable rainfall at the Indy Airport was June 4th. Last year the month of June was a nasty brew of heavy rain and some severe weather. Look at the difference in rain totals. 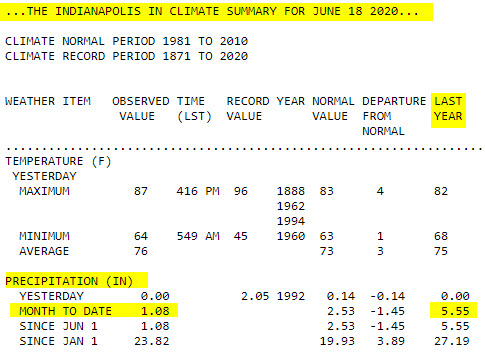 We do have rain chances Sunday through Tuesday as a cold front slowly pushes through. The biggest chances Sunday are in the morning. Rain chances peak Tuesday. Even so: less than an inch of new precipitation is expected. Keep the sprinkler standing by. 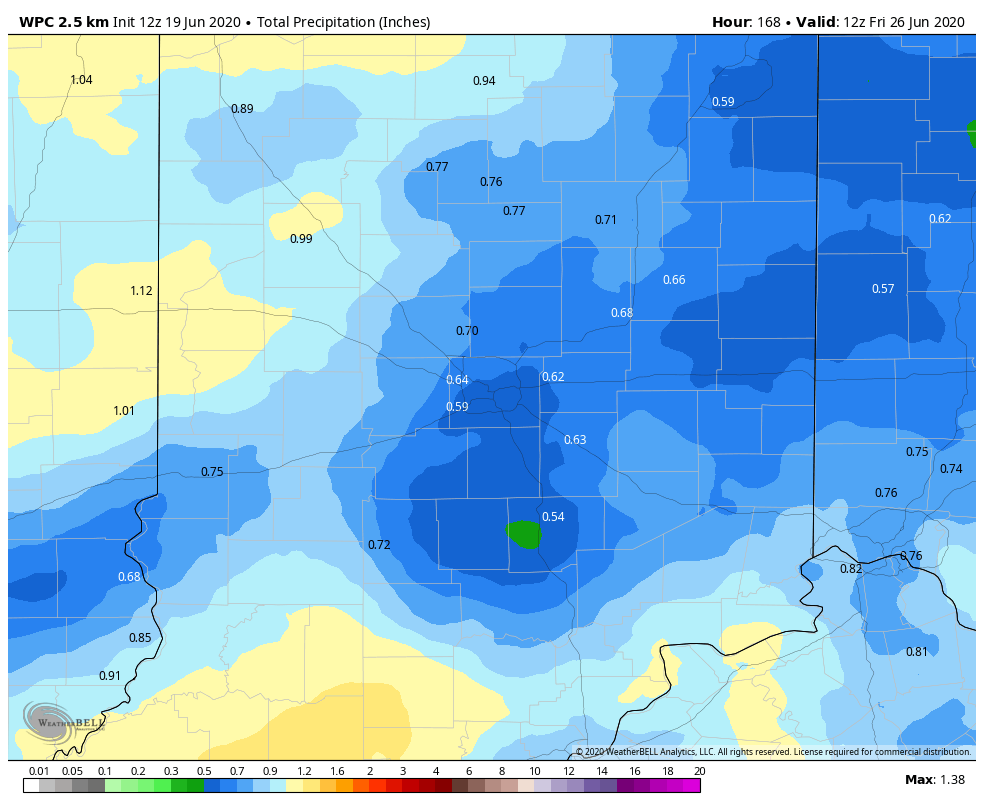 Wednesday: Partly sunny and not as humid. High 80. 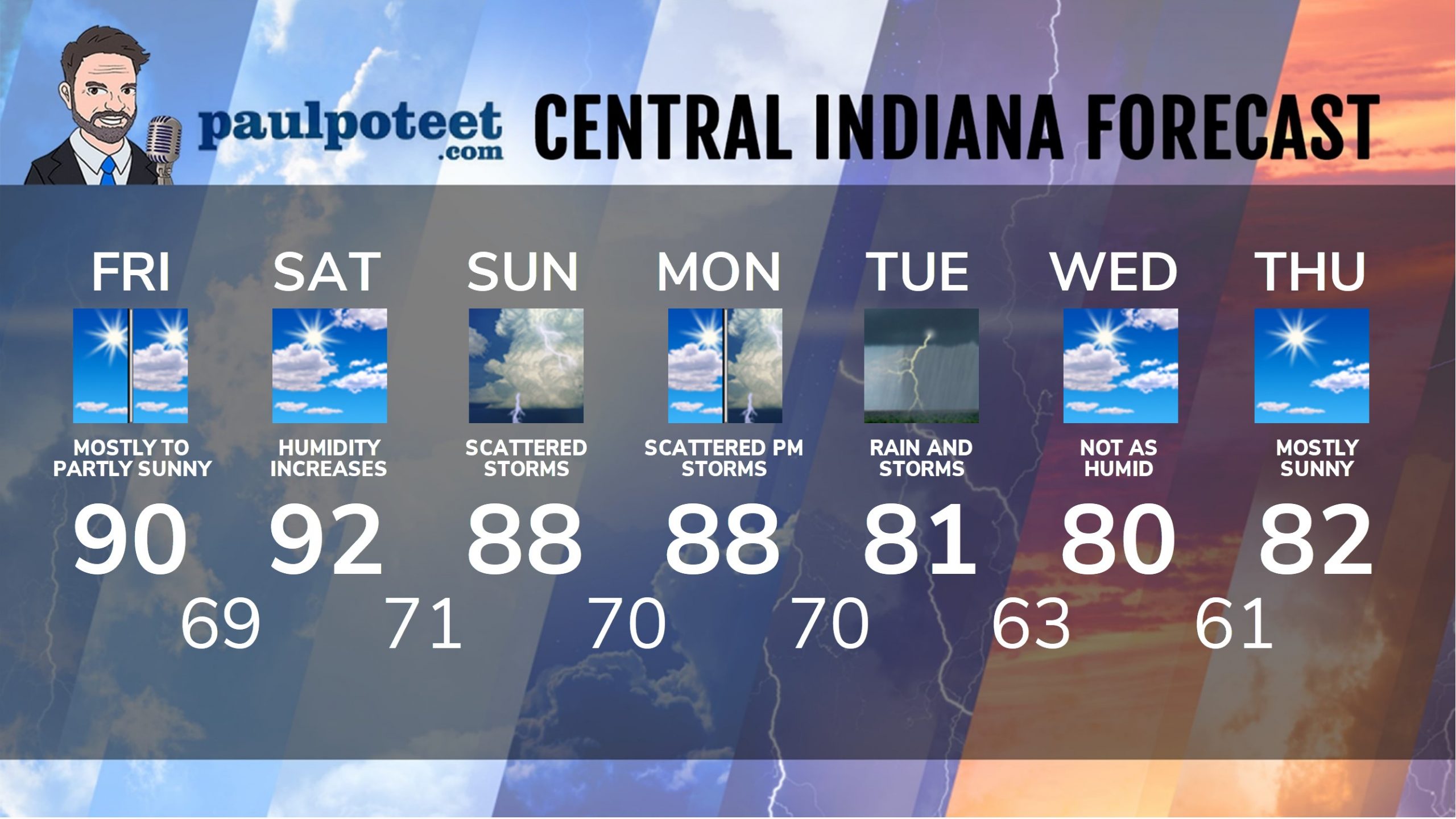