The remnants of Cristobal move off to the north and northeast of Indiana today, but another area of low pressure and an eastward-moving cold front will cross during the afternoon, keeping the chance of storms around. They could still be severe in the eastern half of the state, where the front will pass during the most favorable time of the day.

Note the north-south line storms modeled here firing up in the afternoon, really coming together near the Indiana/Ohio border.

Behind the front today: dew point temperatures drop rapidly, and you could even open the windows and give the A-C a break. 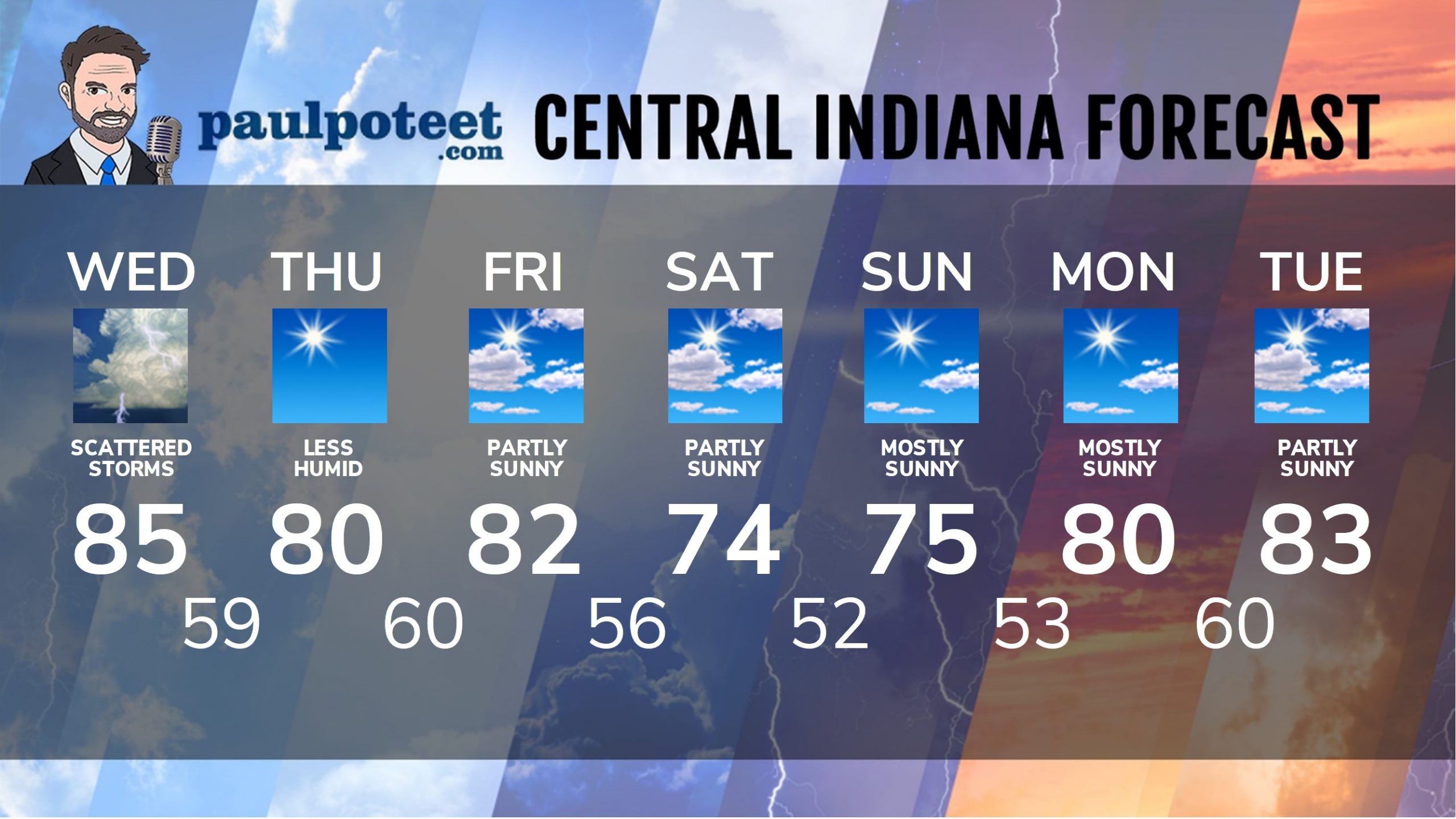