Another two inches of rain is possible today in the the eastern half of Indiana! 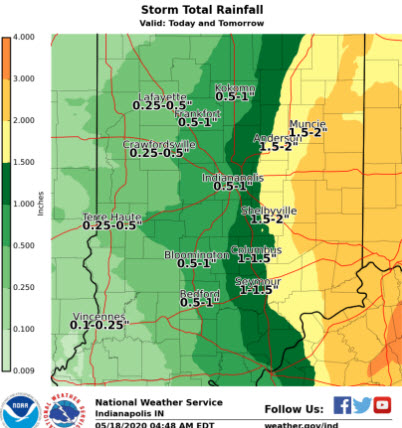 That’s on top of 1 to 2 inches that fell Sunday night into Monday morning across the state. That’s the reason for the Flash Flood Watch through 2pm Tuesday. There’s a chart for that also. 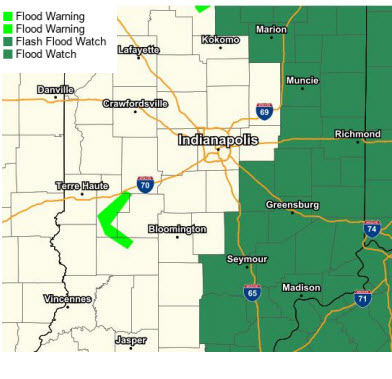