The biggest weather threats are Friday and again Sunday. If you wanna do something outside, you can try Friday afternoon, and most of the day Saturday. Just double check the Doppler herehere. You can also see updated Storm Prediction Center outlooks there. Going into the weekend there is a marginal to slight (level 1 and 2 out of 5) risk of severe weather Friday, and a marginal risk (level 1) Sunday.

INDY SEVEN DAY FORECAST
Friday: Periods of showers and storms in the morning. Spotty shower or storm possible in the afternoon. Some storms could be severe. High 75. 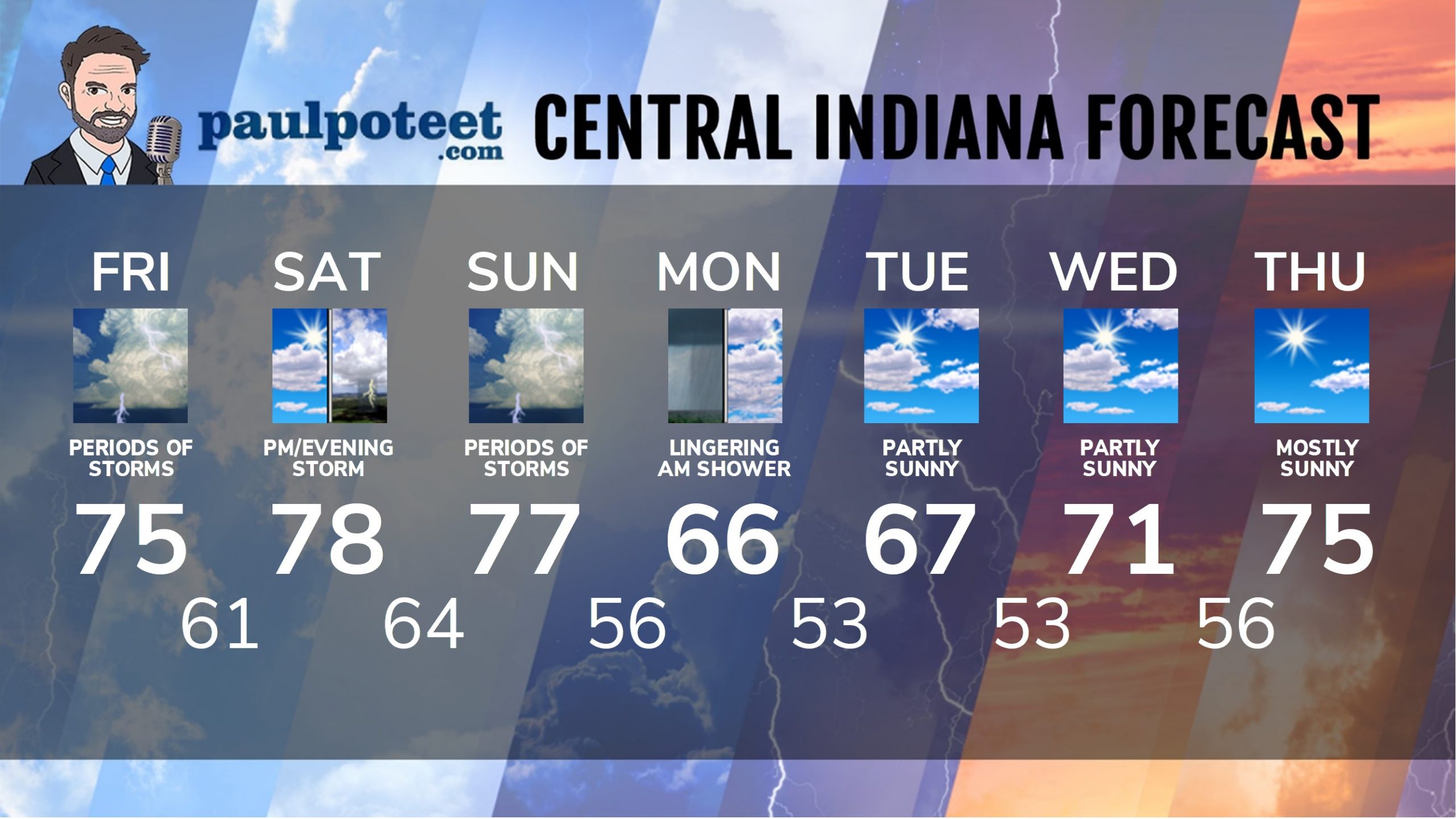