Look at this chart of high temperatures across the country yesterday. It hit 80 in Lafayette Tuesday. The high was 78 in Bloomington, 77 in the Haute and Indianapolis, and 76 in Muncie.

Not so much tomorrow. A “cut-off” low in the upper atmosphere digs in for the day right over Indiana. We’ll be lucky to get to 50 Thursday. 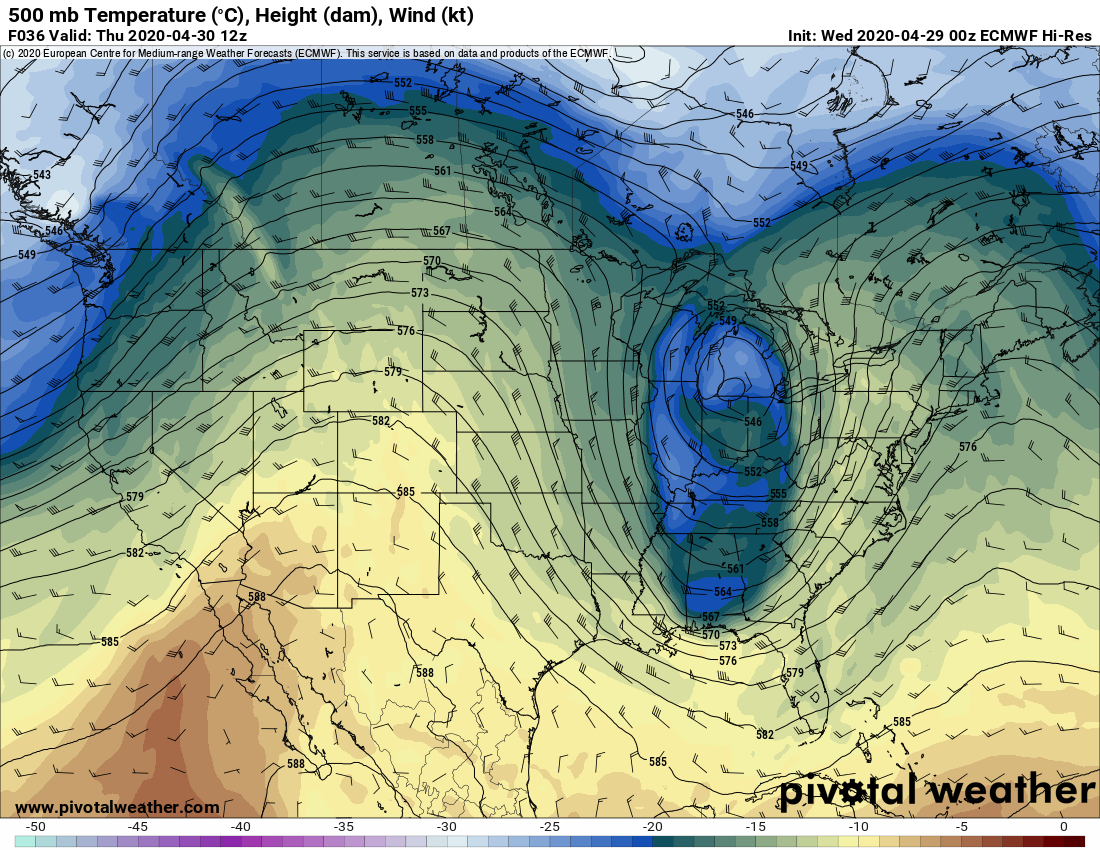 We’re back big-time on the thermometer this weekend, with the next big storm chance on Sunday. These are possible high temps by Saturday.

INDY SEVEN DAY FORECAST
Today: Cloudy morning, with showers and some rumbles of thunder in the morning. Spotty showers and maybe some breaks in the clouds during the afternoon. Breezy. High 63. 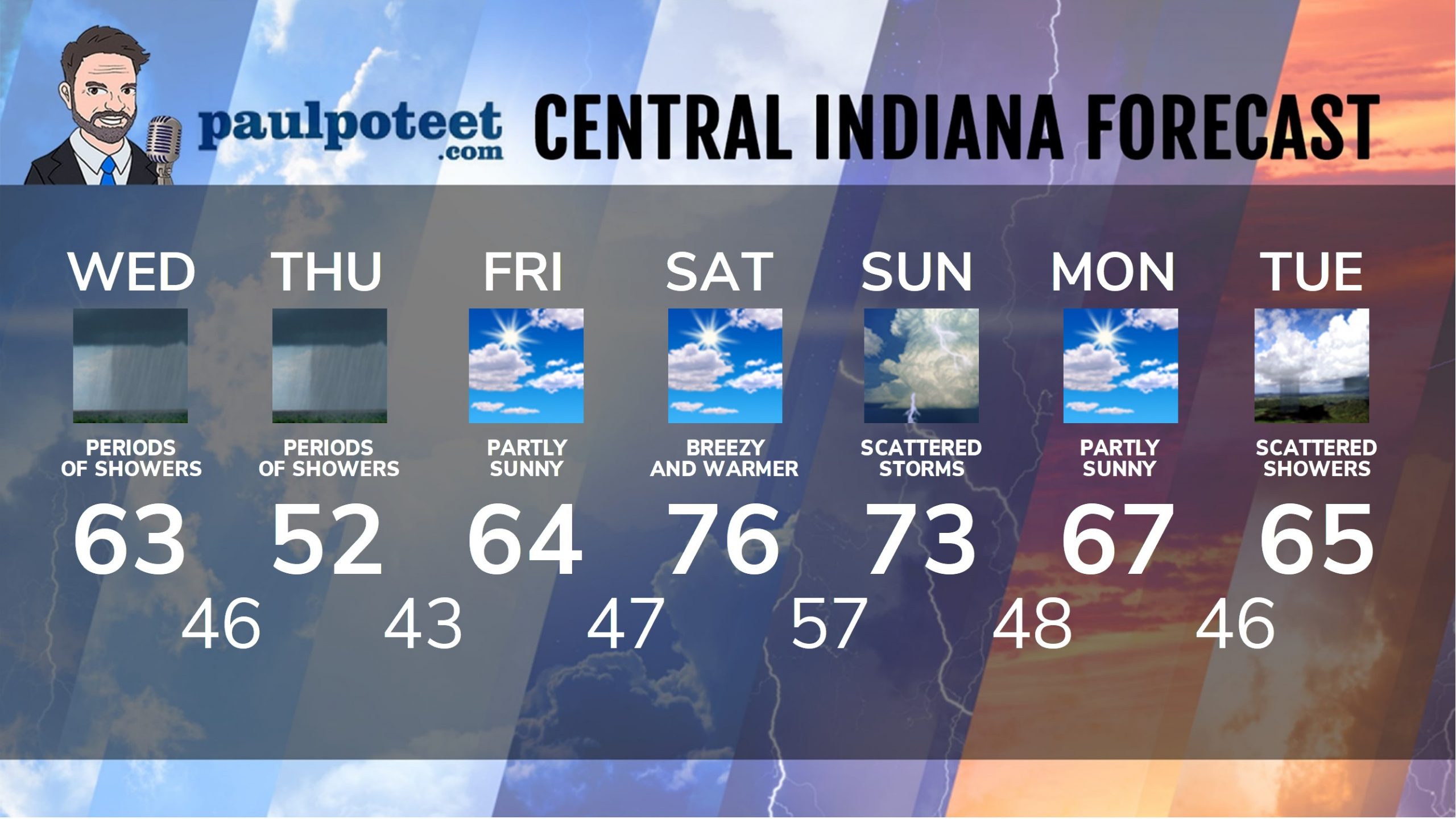