This afternoon will be the warmest in exactly 20 days. And on that day…we finished with a round of thunderstorms that produced a tornado in Morgan County. This time around: a marginal risk of severe weather mainly to the west of Indy, where the intersection of cold front arrival and time of day will be most favorable. Get the latest Storm Prediction Center outlook, radar, and warnings from My Huge RadarMy Huge Radar.

Here’s the computer-modeled look at the potential line of storms just entering the Lafayette area at about midnight tonight. 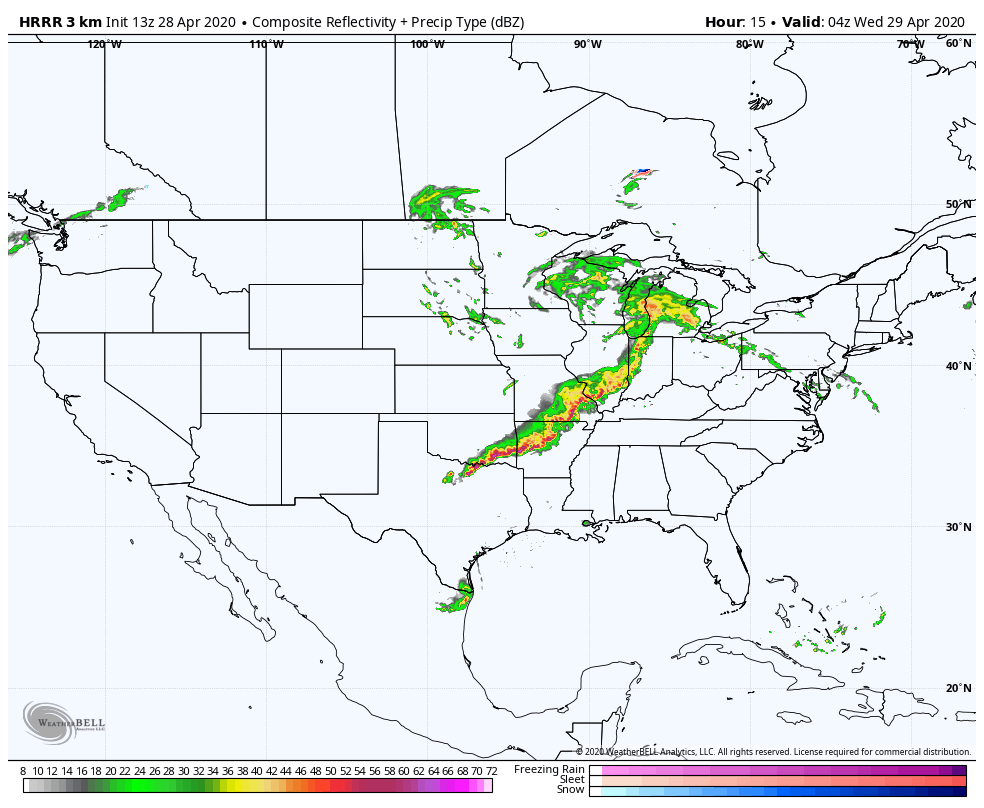 Here’s the front at 2am. 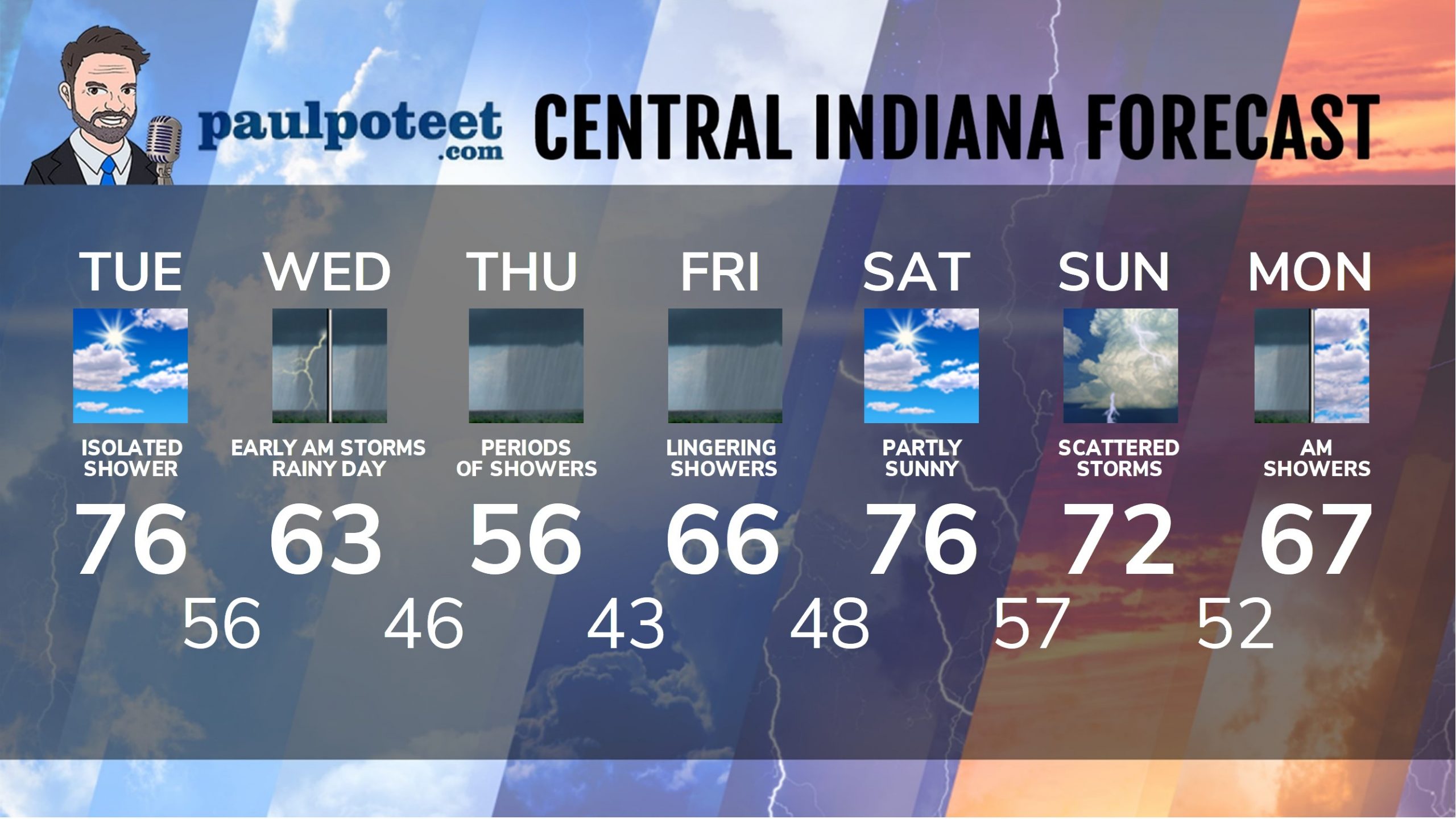