Look at those lows! The Friday afternoon map shows the system we’ve already had moving east on Friday, and two more to go for Saturday and Sunday. 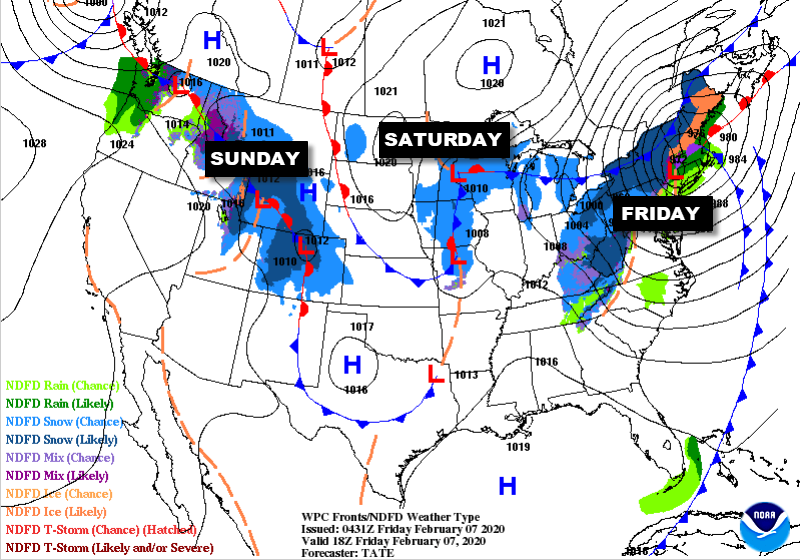 What a week! There were two consecutive record highs: 63 Sunday, and 67 Monday. The high was 61 Tuesday, and then the bottom fell out, and here we are. The weekend weather won’t be wild, but there could be a quick inch of snow Saturday morning and midday, and rain will return later Sunday.

The 8-14 Day Outlook is looking cooler for the second half of the month. Maybe you’ll be able to use that shovel yet this winter.

INDY SEVEN DAY FORECAST
Friday: Mostly cloudy with a few flurries or snow showers in the morning. Partly sunny in the afternoon. High 34.

Saturday: Mostly cloudy, with snow in the morning and midday. Totals up to around one inch. High 34.

Sunday: Clouds increase again. Scattered showers in the midday and afternoon. They may begin mixed with some snow. High 42. 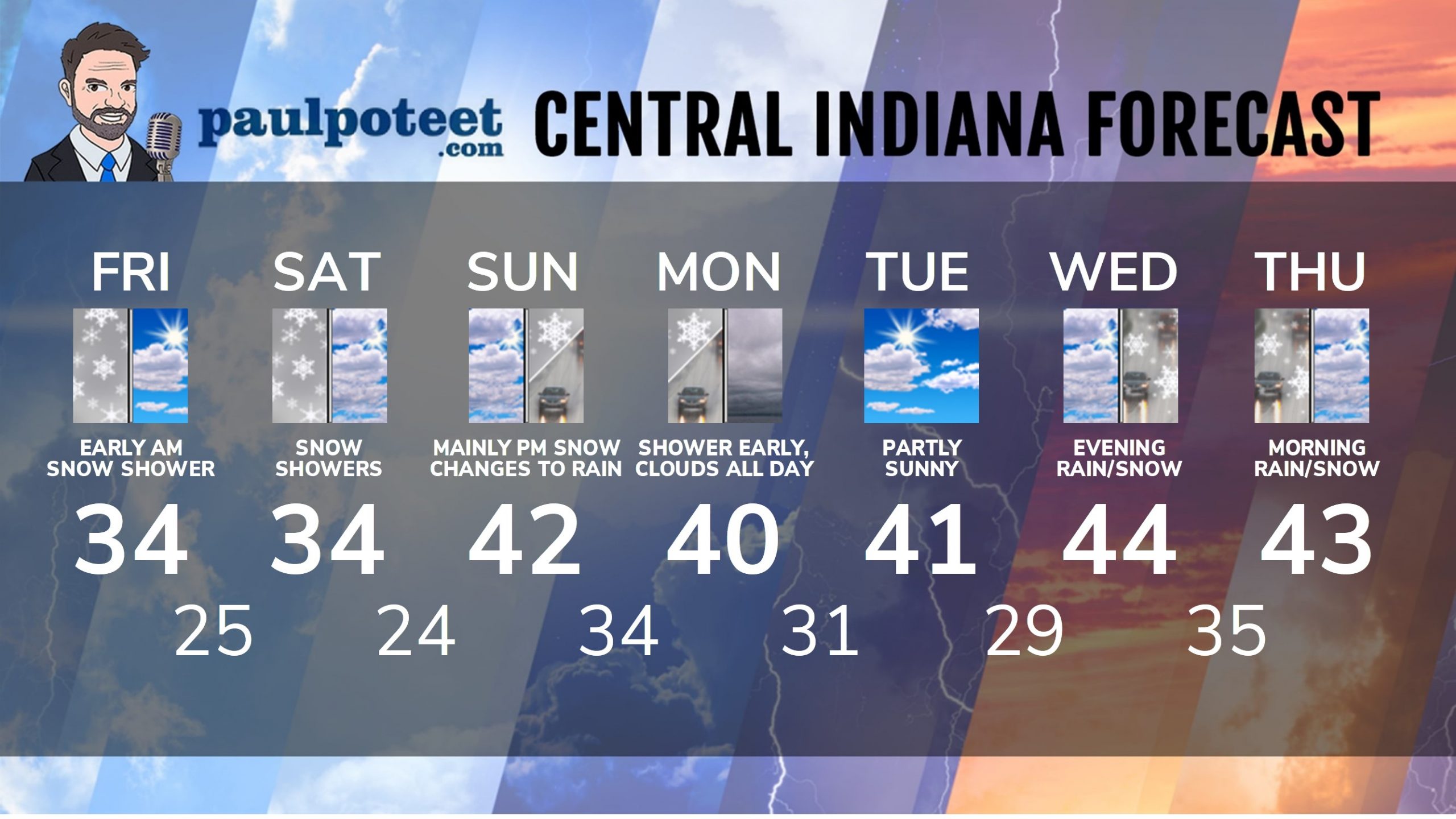