Why couldn’t National Weatherperson’s Day been Monday, when the Indy high was 67? Instead, winter is back with a Winter Weather Advisory from 4pm Wednesday until 10am Thursday. 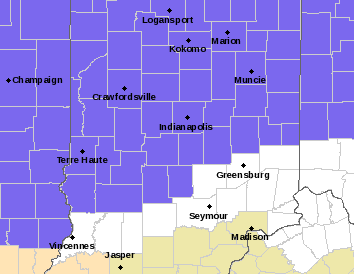 Expect freezing rain, sleet, and snow. This particular computer modeling (via WeatherBELL is for 6pm.) 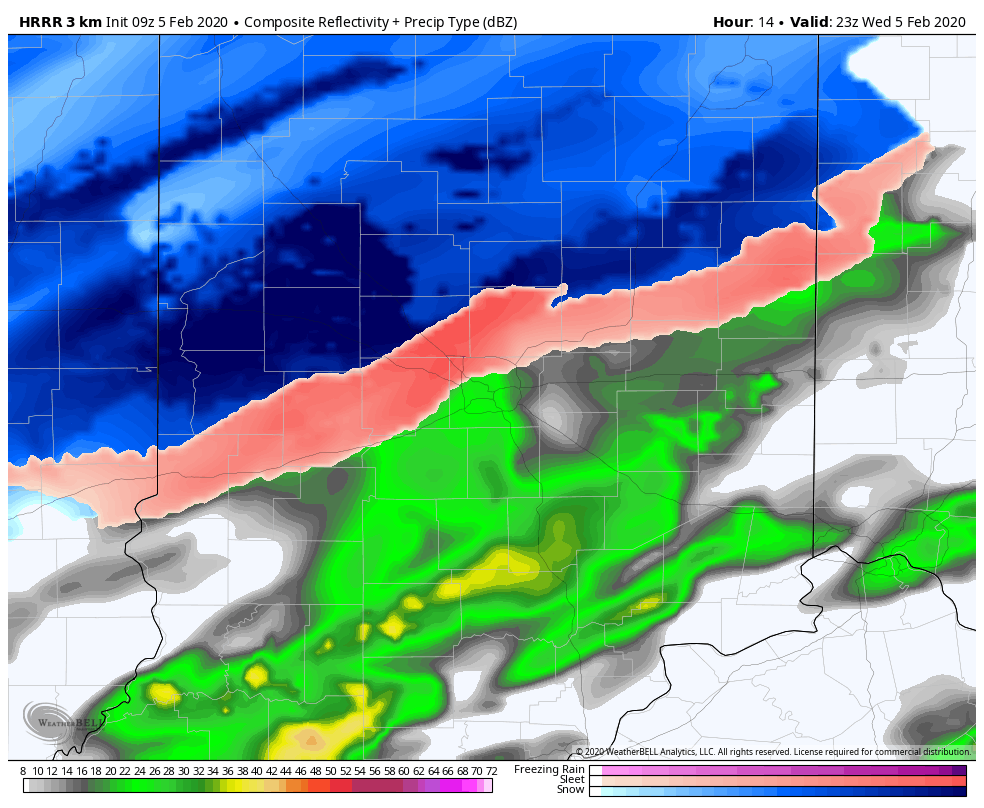 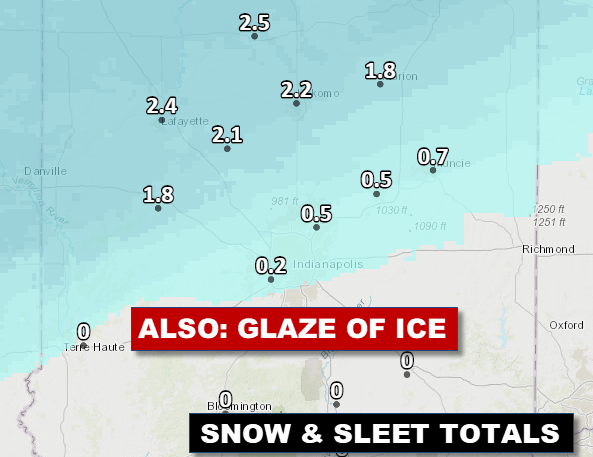 Tonight: Wintry mix of sleet and freezing rain. Less than an in inch of snow and sleet, but a glaze of ice. Low 29.

Monday: Snow and rain showers, mainly in the morning. High 42. 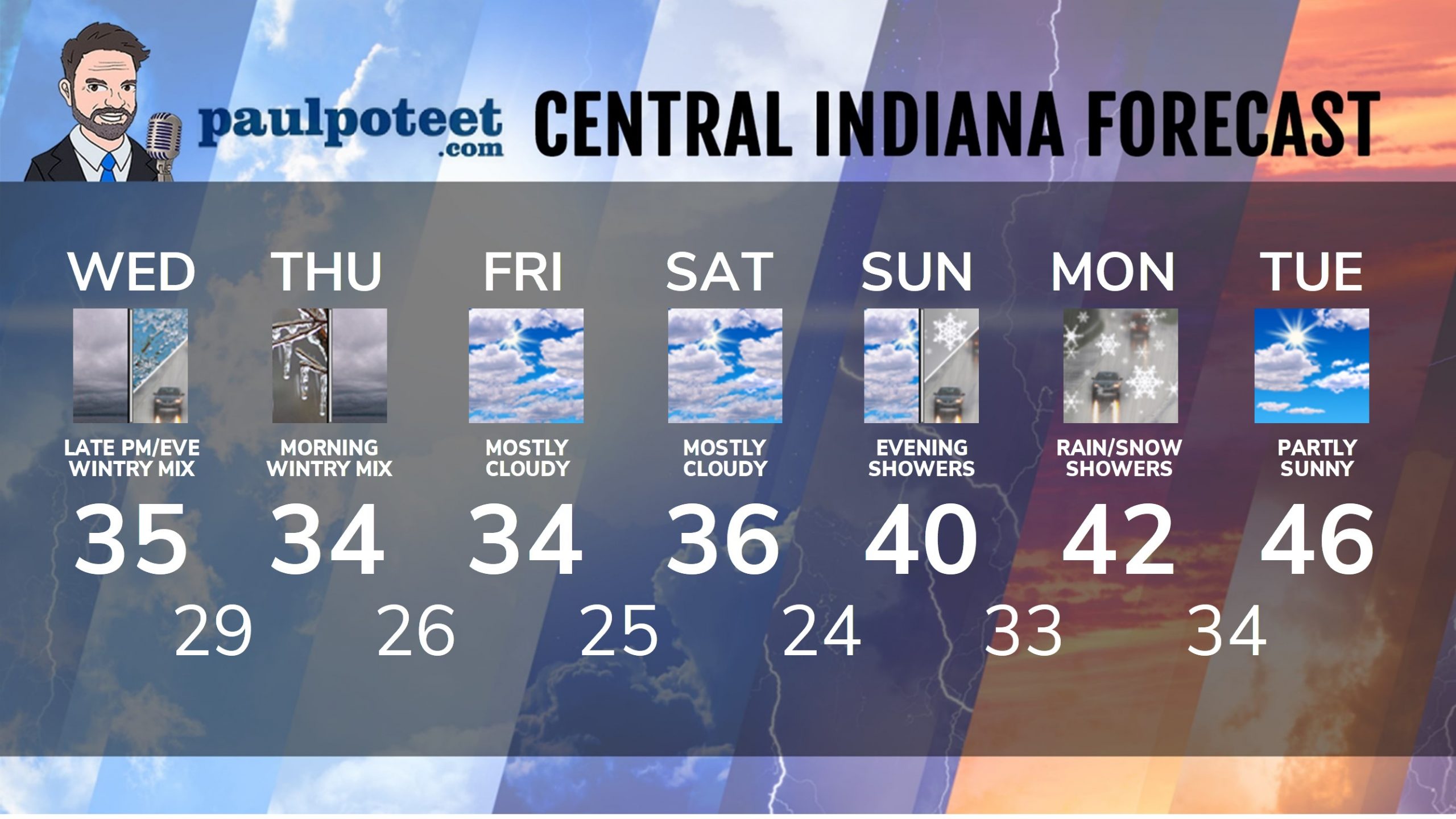