A relatively snow-less month ends with some “light white” Friday morning. Any slushy amounts will be under an inch. Best chances will be in the eastern half of central Indiana. Here’s one particular computer modeling scheme, via WeatherBELL. 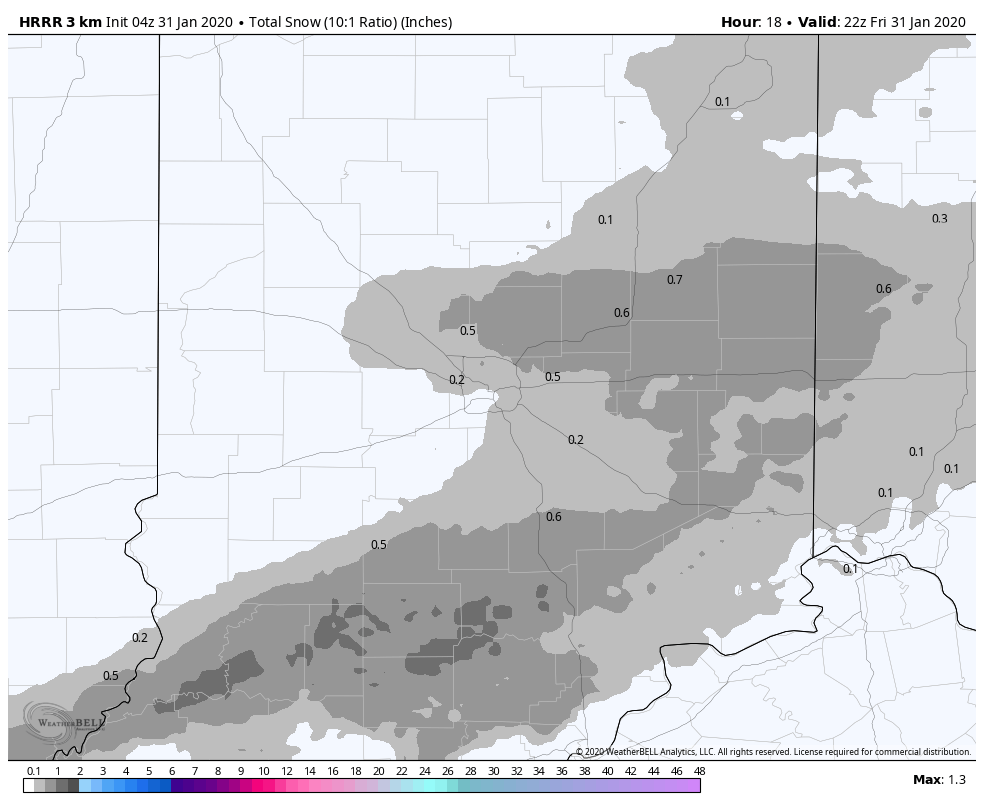 Going into the last day of the month there had only been 0.3″ of snow in Indy. *If* that would hold it would place this month within the Top Ten Least Snowiest January months on record. 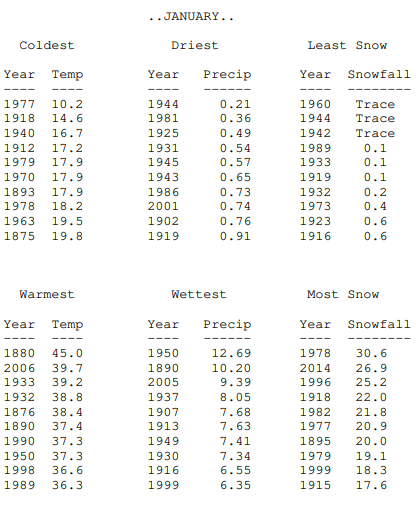 Temps take off this weekend, hitting the 50s with Super Sunday Sunshine. (Not a trademarked phrase.) Temps were much colder on the last day of January last year. This is a chart of 11am numbers across the country. The morning low that day in Indy was -6 and the high was 13. 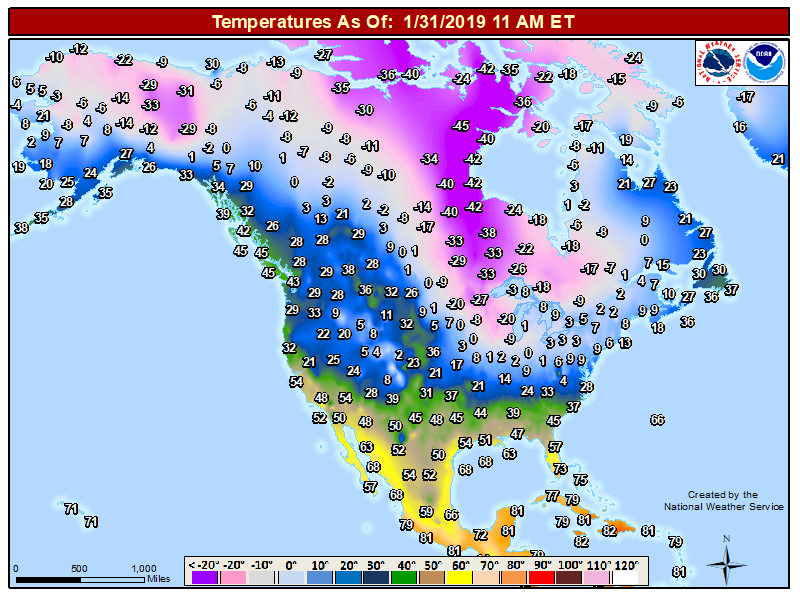 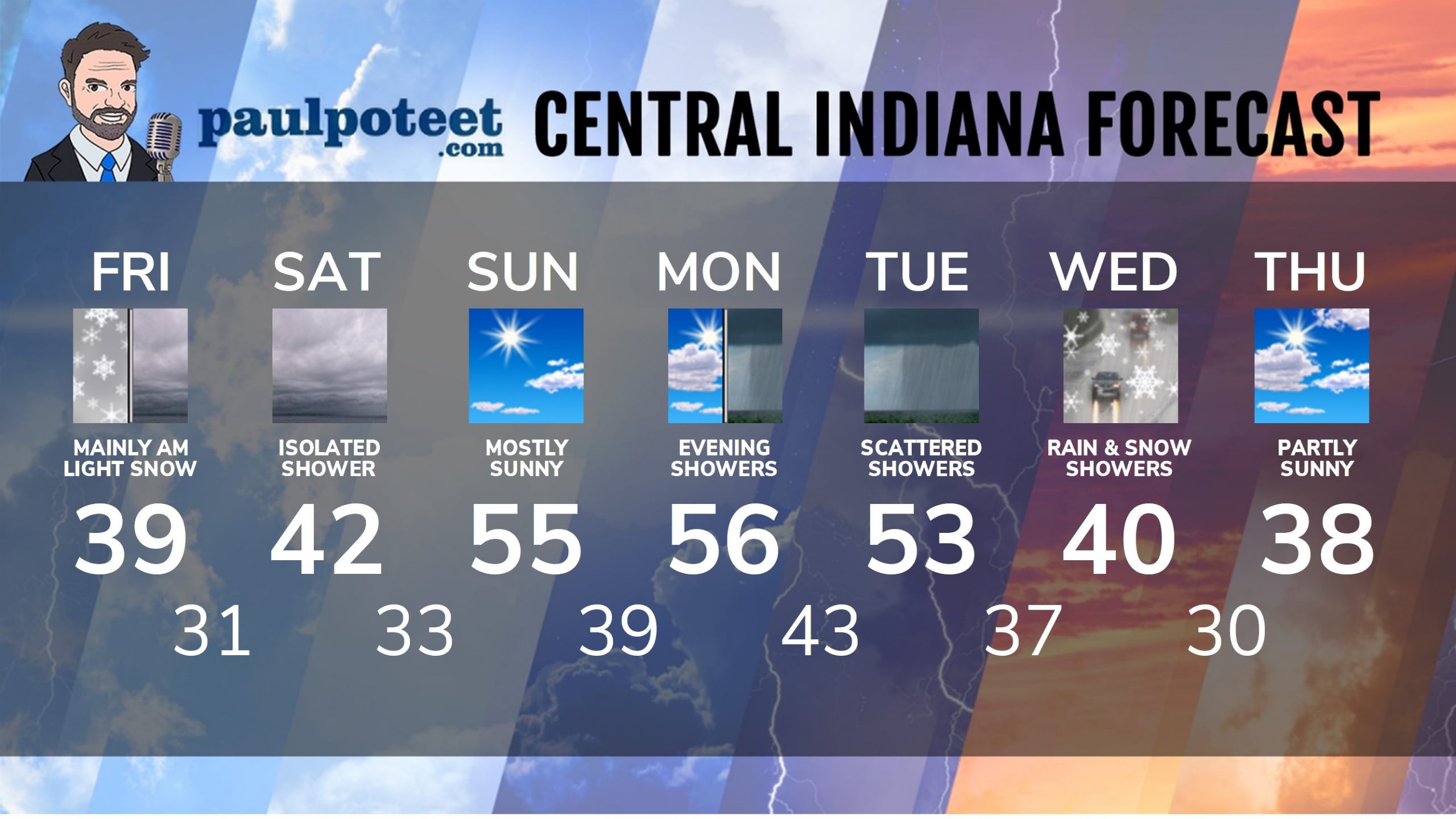