It won’t be as windy today, and it won’t be quite as warm as yesterday, although temperatures will still be above average for the 18th(!) day in a row.

The general temperature trend through January 19th is above average.

Rainfall late this week could total more than two inches. 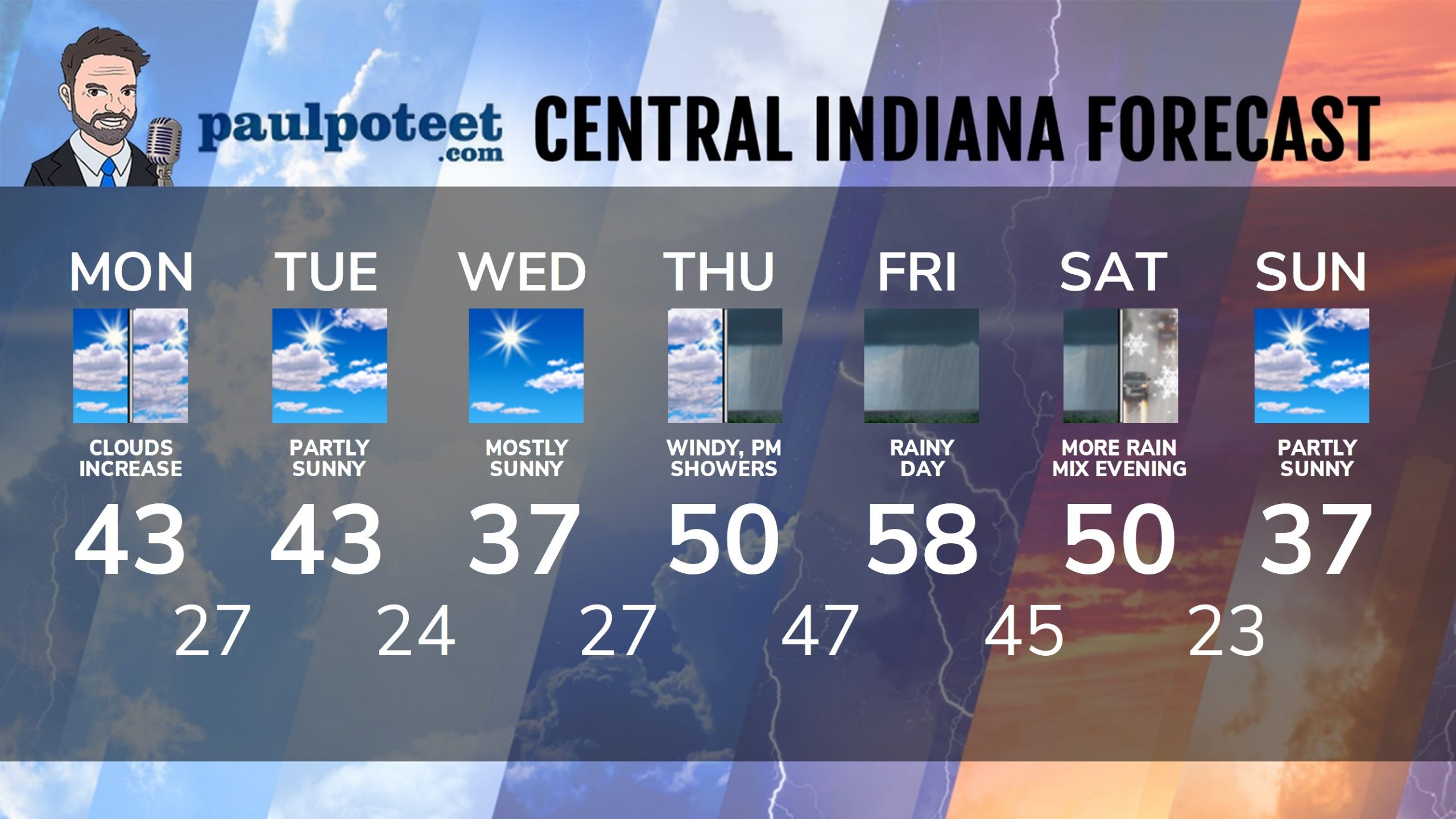