Gray Tuesday, yeah…but White Christmas? Still too early to tell, but prospects over the next ten days for snow in central Indiana are slim via either of the major two medium-range models. 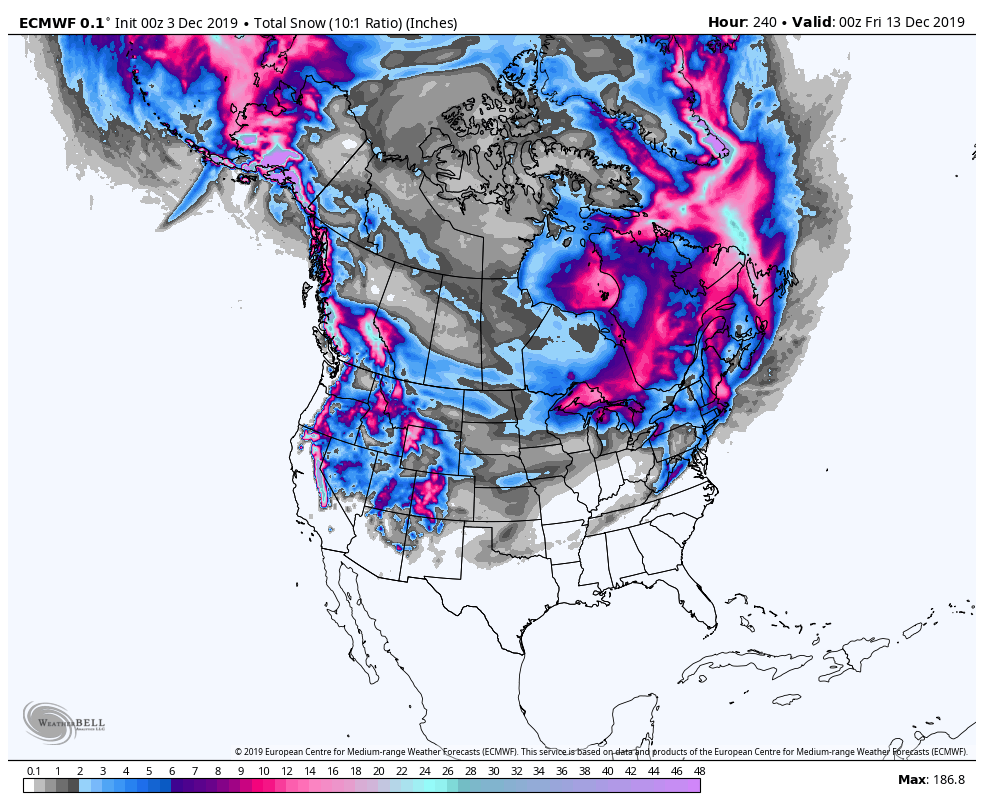 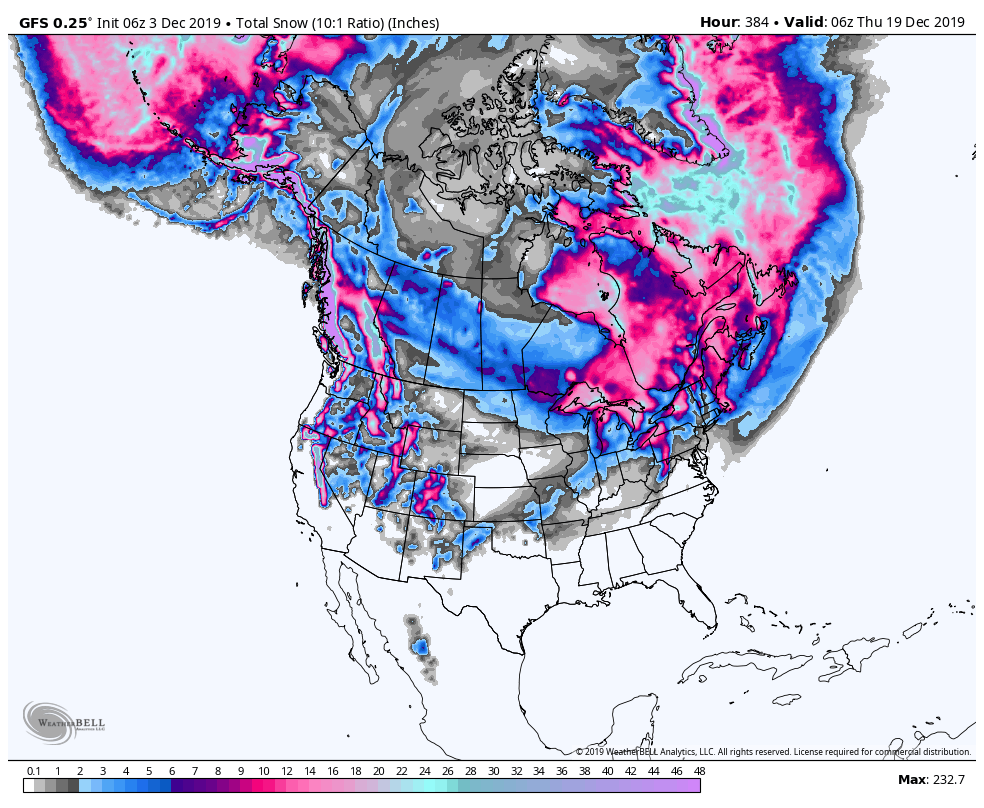 There’s not a lot of really cold either any time soon. It does turn more chilly after next Sunday night’s/Monday’s system. (Charts via WeatherBELL.)

Sunday: Cloudy, with showers, mainly in the afternoon. High 50. 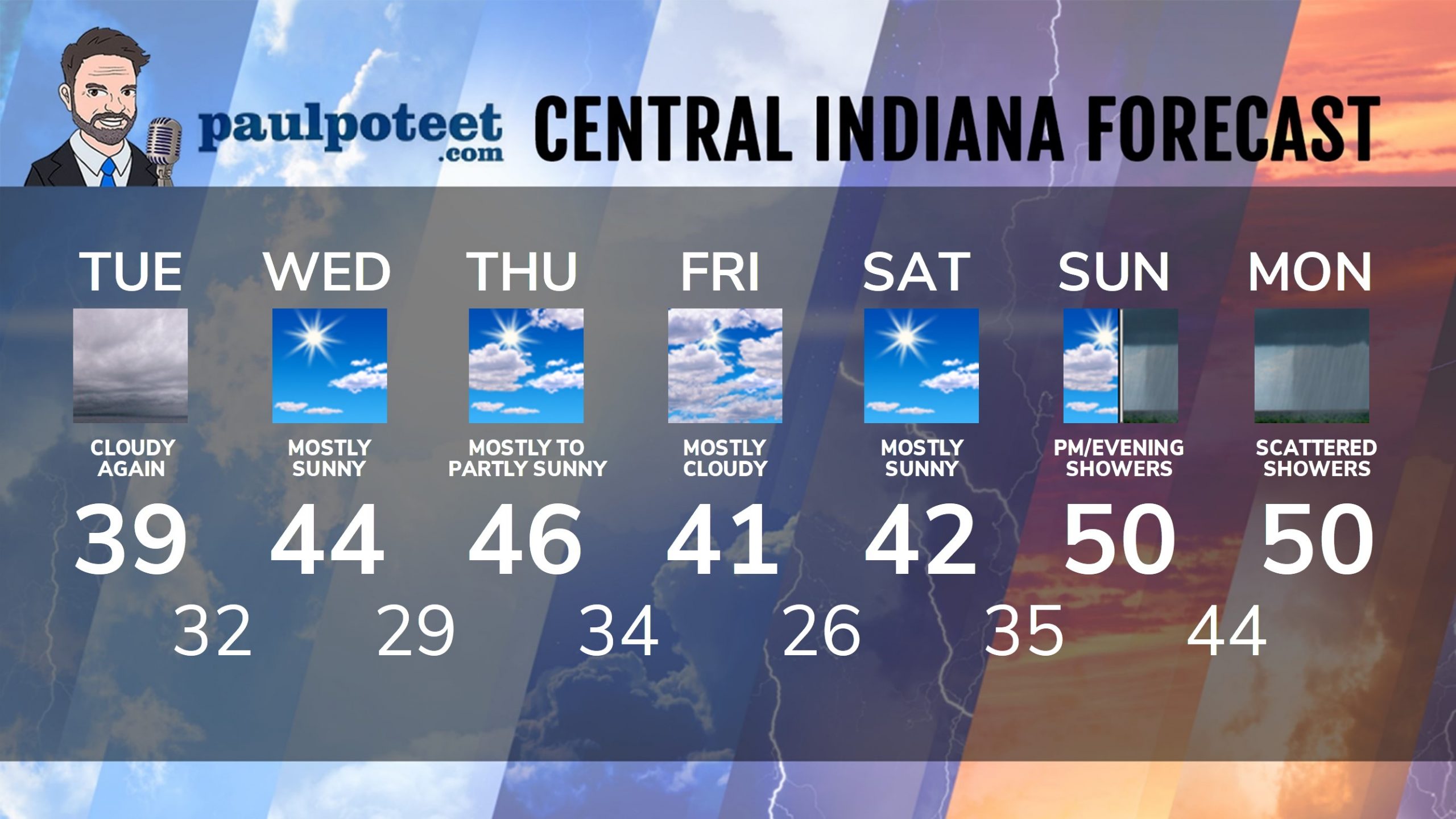