What a weekend. Over an inch of rain fell in the gloomy stretch since last Friday. Not any brighter today, but the precipitation amounts will be much smaller, with only a few snow showers, mainly in the morning. Chills will be in the 20s all day. Welcome to December!

Temps stay cooler than average through Wednesday. Not much snow to speak of anytime soon. This computer modeling would cover amounts through *next* Wednesday. 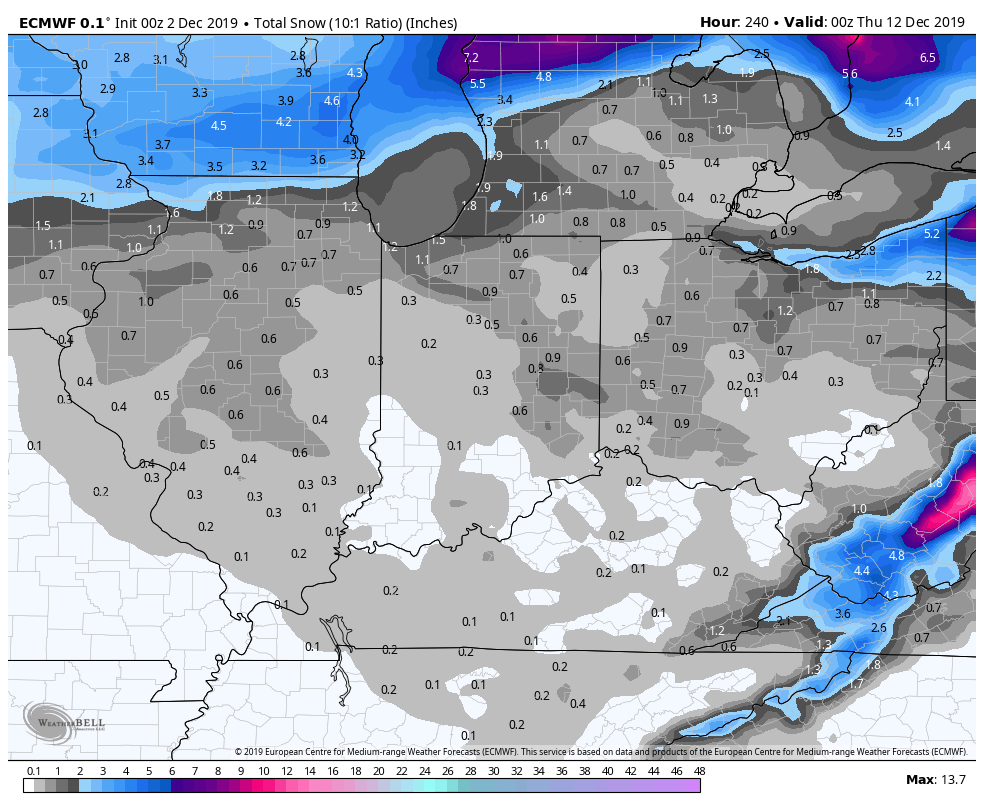 And speaking of snow: so far this season Indy has recorded 2.8 inches. The average is 1.2 inches, and last year we’d only had 0.4 at this point.

(Some charts via WeatherBELL.)

Sunday: Cloudy, with showers, mainly in the afternoon. High 49. 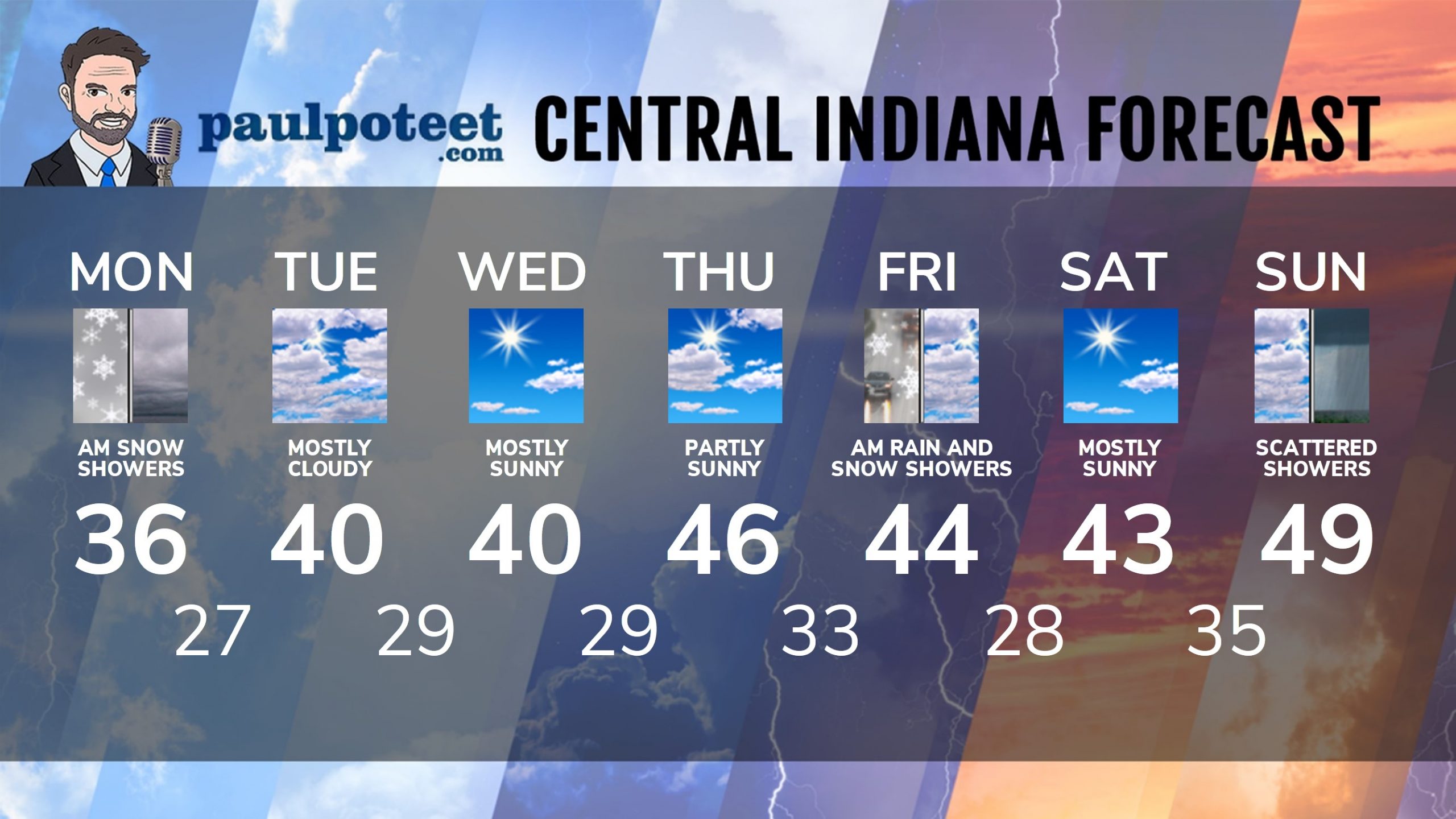