Two nasty days ahead: Saturday, and Tuesday. Tuesday looks like just a rain thing, but Saturday could begin or (especially) end with some snow flakes tossed into the mix. Here’s computer modeling showing the possible scenario from 5am Saturday through late night Sunday.

That batch of precipitation will yield less than half an inch. Another such round is waiting Tuesday. (Charts via WeatherBELL.)

Saturday: Cloudy, with periods of showers, mixing with snow later in the afternoon. High 41. 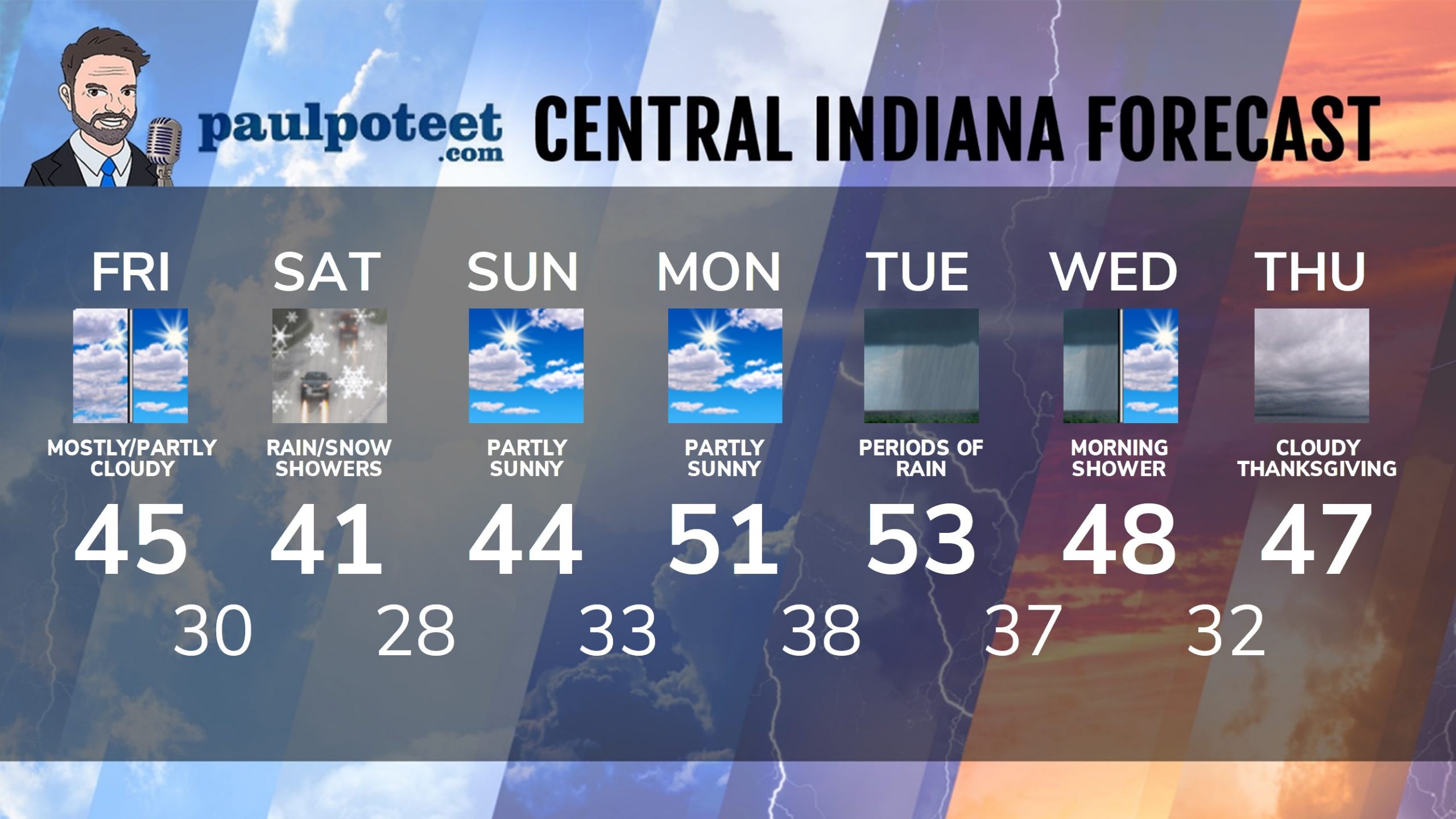