You’re probably getting busier as the holiday approaches, and so is Ma Nature. Over the next week a half-inch to one inch of precipitation is possible from several different events. 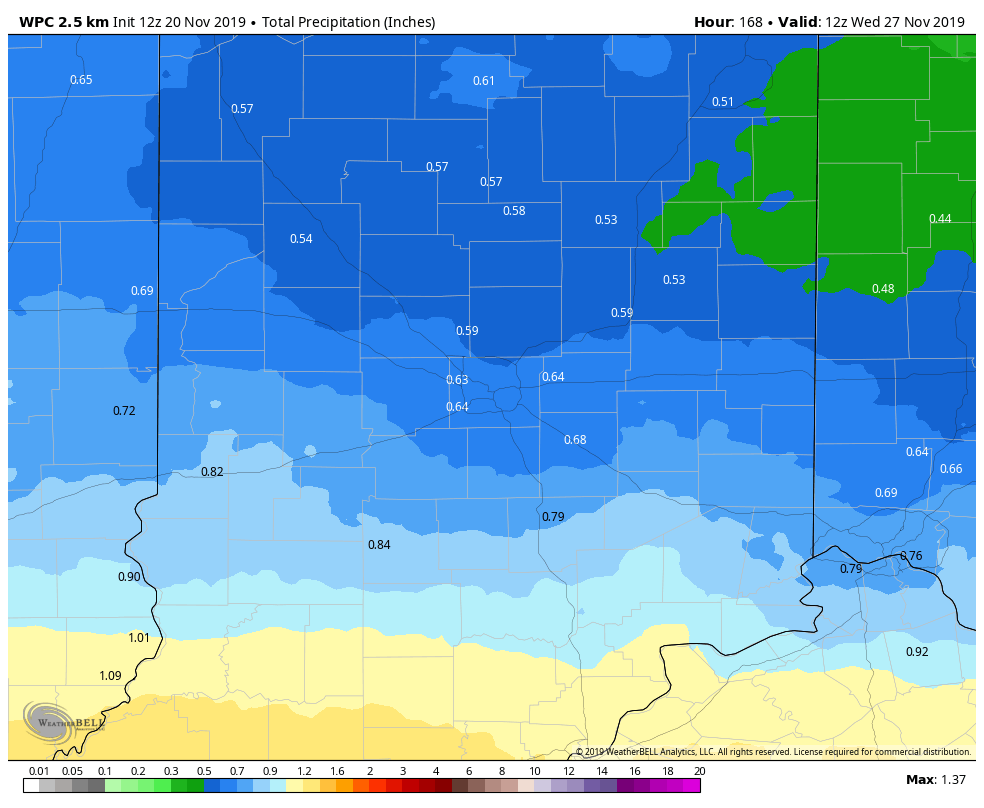 About two-tenths of that could come Thursday, mainly in the morning. Smaller amounts are possible (mixed with some snow) Saturday. Another larger rainfall is expected Tuesday. (Chart via WeatherBELL.)

Thursday: Rainy. Wind gusting to around 30 mph in the afternoon. High 55. 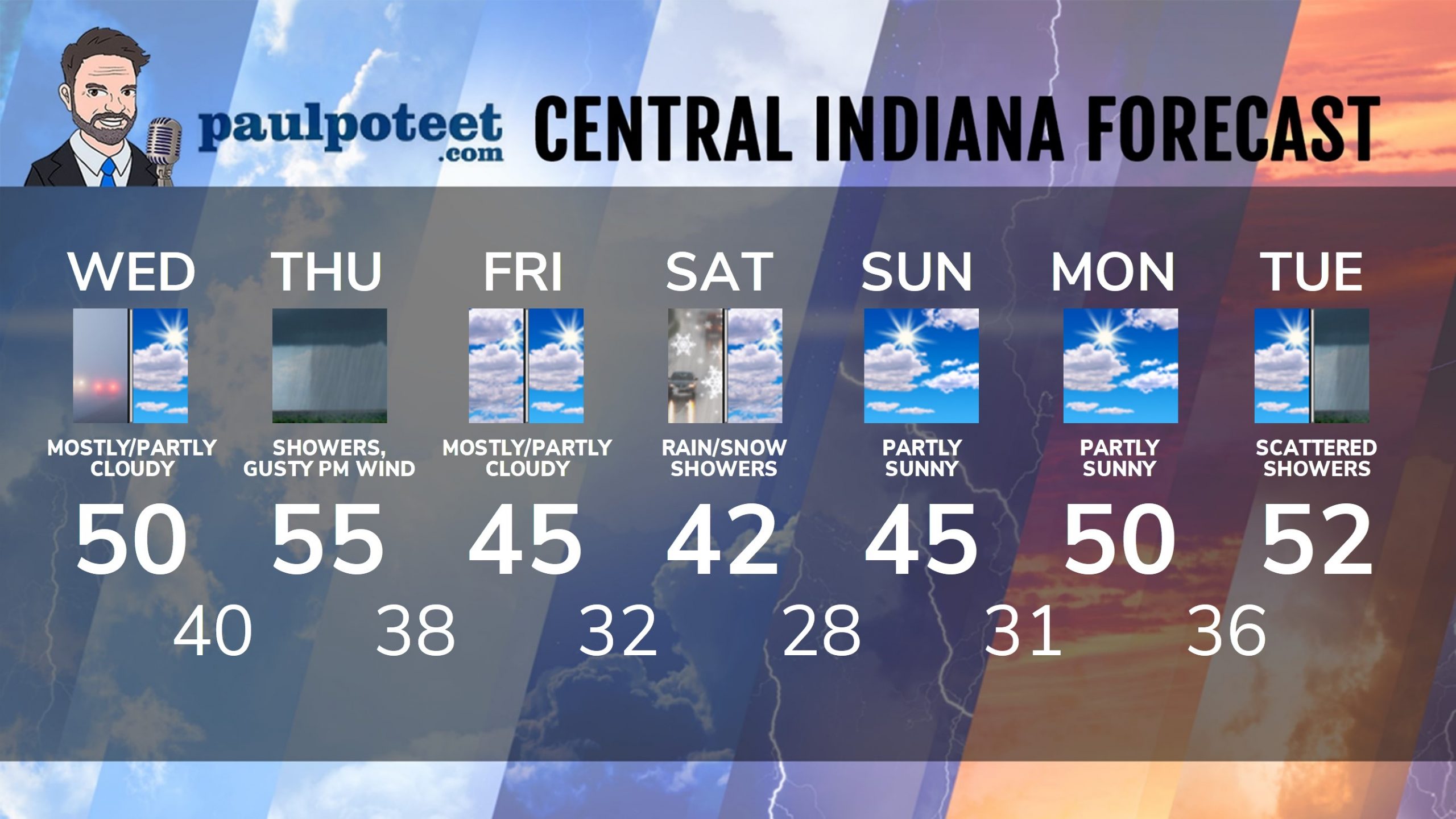