Gaze at that big system locked up in the middle of the country today.

That sucker is headed toward central Indiana tomorrow. The biggest chance of showers and storms comes in the afternoon and early evening. A sharp cold front will mean temps well into the 60s at the start of Friday night football…falling to wind chills in the 40s by 10pm. (Chart shows temps at 7pm, via WeatherBell.) 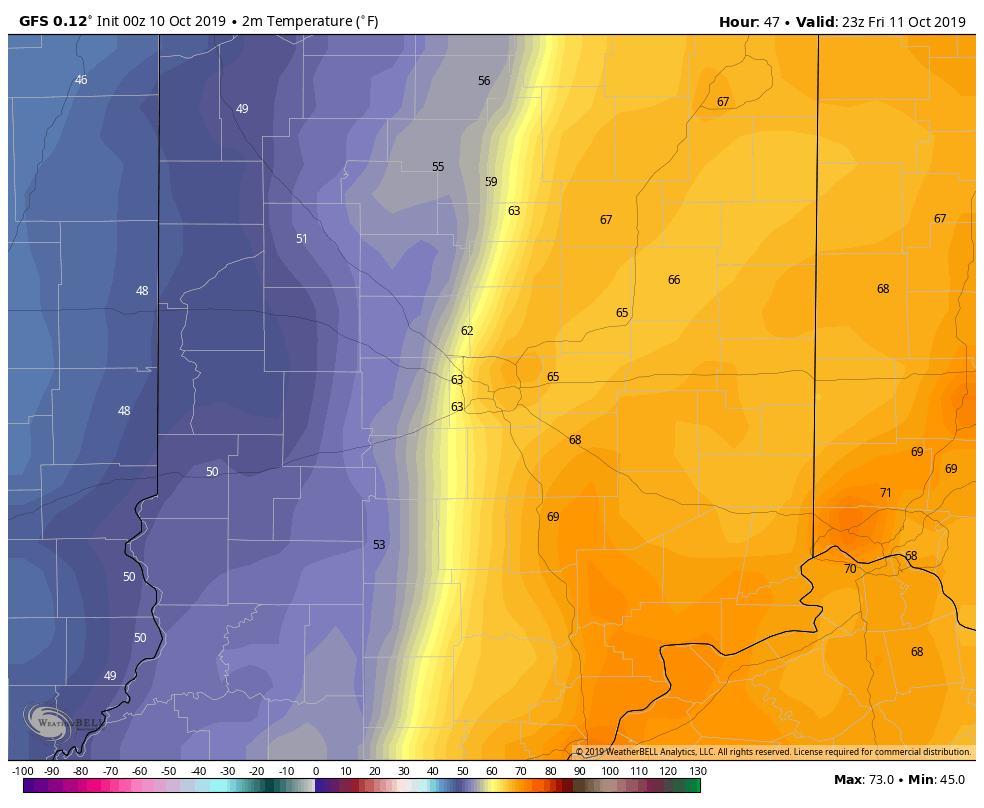 Final rain totals still look to be around half an inch. More to the west and less to the east of Indy. (Chart via WeatherBell.) 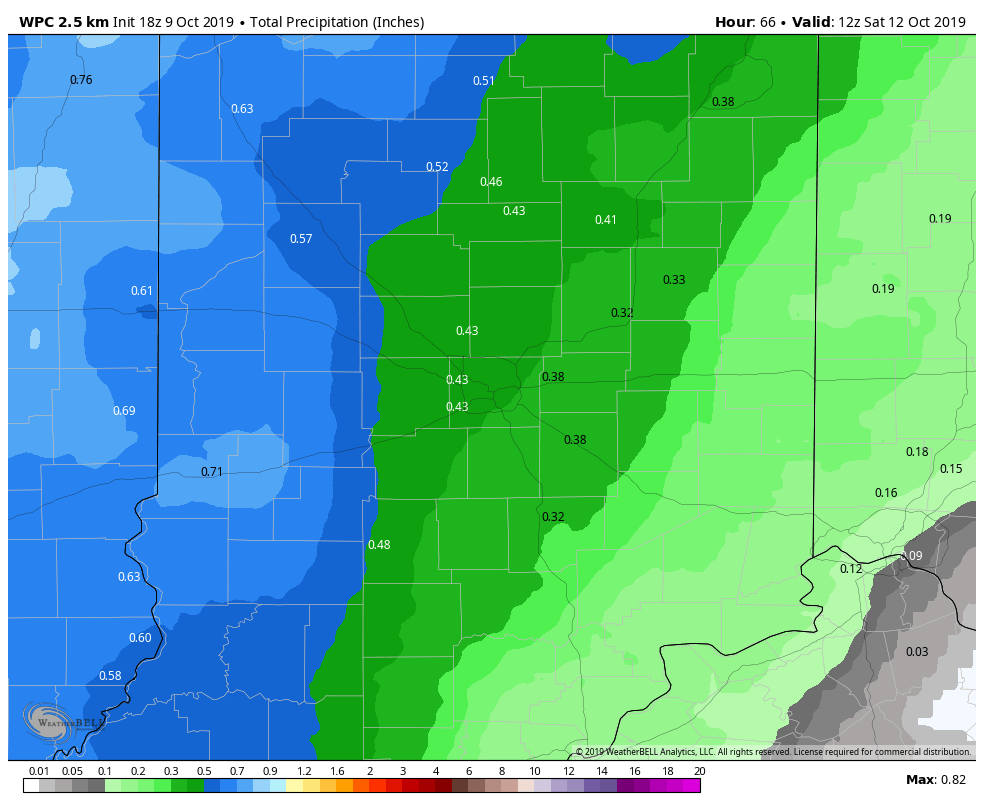 Friday: Mostly cloudy. Spotty showers during the day. Showers and storms in the afternoon. High 76. 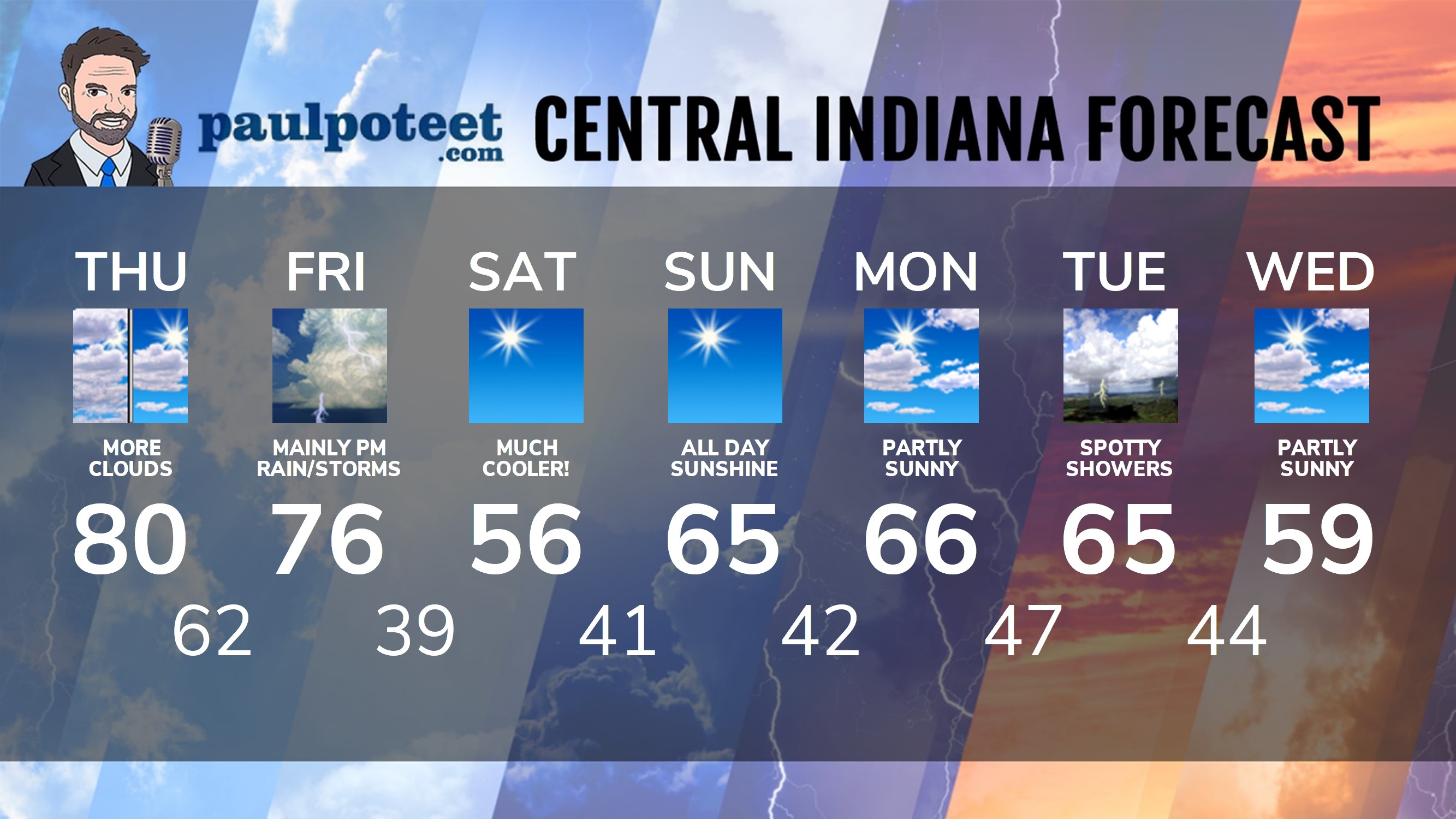